Magnetic nanoparticles can be selective attached to a functional molecules and allow transportation to a targeted location under an external magnetic field from an electromagnet or permanent magnet. The possibility to guide and control magnetic nanoparticles in a non-invasive manner has spawned various applications in biotechnology such as targeted drug delivery and sensing of biological substances

In order to prevent aggregation and minimize the interaction of the particles with the system environment, surface coating may be required. The surface of ferrite nanoparticles is often modified by surfactants, silica, silicones, or phosphoric acid derivatives to increase their stability in solution. In general, coated magnetic nanoparticles have been widely used in several medical applications, such as cell isolation, immunoassay, diagnostic testing and drug delivery.

There are many Defense and Security Applications for Magnetic Nanomaterials, including destruction of Warfare Agents Using Magnetic Nanoparticles and Nanocrystalline Metal Oxides. Destruction of stockpiled warfare agents and decontamination of exposed personnel is equally important to the military and for homeland defense. Both magnetic nanoparticles and nanocrystalline metal oxides have been investigated for this purpose.

Another is detoxification Processes Using Magnetic Nanoparticles. The use of magnetic nanoparticles to detoxify contaminated military personnel or civilians following a poison gas attack is under investigation by several research groups. Magnetic nanoparticles functionalized to bind with the foreign toxin are injected into the body and drawn through it using a magnetic field gradient. In order for the nanoparticles to be pulled along with the bound toxin molecules, they must have a very high magnetic moment. Gold coated iron, nickel and cobalt ferromagnetic nanoparticles have been employed in this “tag and drag” approach. Researchers are currently searching for cheaper and lighter weight organic coatings.

Physicists from the University of California, Irvine have discovered a new way to control magnets at the nanometer scale by electric current. This breakthrough, detailed in a paper published in Nature Nanotechnology (“Spin–orbit torque driven by a planar Hall current”), may pave the way for the next generation of energy-efficient computers and data centers.

“There is growing interest in using magnetic nanoparticles for new types of information processing, such as neuromorphic computing,” said co-author Ilya Krivorotov, UCI professor of physics & astronomy. “The efficient method for manipulation of nanomagnets found through our work is a big step toward this goal.”

The new technique has a surprising connection to the 1856 work of Lord Kelvin (William Thomson), who found that a change in the direction of the magnetic force in nickel influences the flow of electric current in this ferromagnetic metal. Krivorotov and his fellow authors, UCI postdoctoral scholar Eric Montoya and graduate student Christopher Safranski, determined that the inverse is also true: Electric current can apply torque and redirect the metal’s magnetism.

The efficiency of the torque increases as the size of the magnet is decreased, enhancing the viability of this property for technological applications at the nanoscale. Torque is rooted in both relativity and quantum mechanics, as it arises from the rapid motion of electrons in metals traveling at a fraction of the speed of light. “I hope that this effect will find use in everyday electronic gadgets, such as mobile phones,” Krivorotov said. “This connection between fundamental physics and practical applications is inspiring.”

Holography and LIDAR on the cheap with nanoparticle gel

To date, expensive rare-earth metals such as europium, cerium and yttrium have been used to demonstrate how the path, speed and intensity of optical, or light-based, signals can be controlled with magnetic fields. This capability is already in commercial use in high-speed fiber optic internet cables. But the elements’ cost and temperature needs have kept the technology from greater use.

A cost-effective, room temperature solution to magnetic control of twisted light could enable mass-market 3-D displays, holographic projectors and new generation of Light Detection and Ranging (LIDAR). LIDAR is one of the main technologies that give “sight” to autonomous vehicles. Now, researchers from the University of Michigan and the Federal University of Sao Carlos in Brazil have demonstrated that inexpensive nanoparticles in a gel can replace traditional materials at a drastically reduced cost. And their approach works at room temperatures.

“Many companies and labs developed exciting prototypes using magneto-optic technology,” said Nicholas Kotov, U-M’s Florence V. Cejka Professor of Chemical Engineering, who led the project. “But their technological acceptance has been limited to date because of the fundamental materials issues with rare earth magneto-optics. It has been like trying to solve the Rubik’s Cube puzzle. You get one property right but lose the others.” Kotov is also a professor of materials science and engineering.

In a 2018 paper published  in Science, the researchers demonstrate that they could use nanoparticles based on inexpensive cobalt oxide—a white-colored, magnetic semiconductor—to control twisted light well using magnetic fields. The trick, the researchers found, was to twist the nanoparticles themselves by coating them with amino acids. The twist could be either right- or left-handed—a property called chirality.

The chirality of the nanoparticles produced a heightened sensitivity to magnetism and also strengthened interactions with twisted light—more formally referred to as “circularly polarized light.” The researchers demonstrated that by suspending the nanoparticles in a transparent, elastic, room-temperature gel, they could change the intensity of circularly polarized light by applying a magnetic field.

“This opens the road to the wide proliferation of magneto-optical devices with exciting possibilities emerging in 3-D displays and real-time holography—all utilizing circularly-polarized light,” Kotov said. “Furthermore, the small size of the nanoparticles enables their use in computer engineering and large-scale manufacturing of magneto-optical composites.”

Some magnetic materials heat up when they are placed in a magnetic field and cool down when they are removed from a magnetic field, which is defined as the magnetocaloric effect (MCE). Magnetic nanoparticles provide a promising alternative to conventional bulk materials because of their particle size-dependent superparamagnetic features. In addition, the large surface area in magnetic nanoparticles has the potential to provide better heat exchange with the surrounding environment. By careful design of core-shell structures, it would be possible to control the heat exchange between the magnetic nanoparticles and the surrounding matrix, which provide a possible way for improving therapy technologies, such as hyperthermia.

Magnetically driven separation is one of the major potential application areas. In a biomedical study, Isolation and separation of specific molecules including DNAs, proteins, and cells are prerequisites in most fields of biosciences and biotechnology.   Among various bioseparation methods, magnetic nanoparticles based bioseparation is mostly documented and widely used due to its unique magnetic separation mood and promising efficiency.

The nanoparticles are dispersed in a medium. Then, the targeted chemical, ion, surface, or functional group is adsorbed onto the nanoparticle surface. Finally, a magnetic field is introduced, and the nanoparticles, with the adsorbed material, are removed from the medium. Magnetic nanoparticles particles such as beads have been extensively used for separation and purification of cells and biomolecules, due to their small size, promising separation mood, and good dispersibility.

Non-invasive imaging methods have been developed by labeling stem cells using magnetic nanoparticles. Among them, Magnetic Resonance Imaging (MRI) is widely used as diagnostic tools to present a high spatial resolution and great anatomical detail to visualize the structure and function of tissues. Several kinds of magnetic nanoparticles have been developed to improve contrast agents in MRI imaging, with significant benefits of improved sensitivity, good biocompatibility and ready detection at moderate concentrations.

Many types of magnetic nanoparticles-based biosensors have been surface functionalized to recognize specific molecular targets, due to their unique magnetic properties which are not found in biological systems. Due to different composition, size and magnetic properties, magnetic nanoparticles can be used in a variety of instruments and formats for biosensing with an enhancement of sensitivity and the stability.

Sensors that rely on metal nanocluster resonance technology have potential application as detection systems for warfare agents. In these devices, metal clusters that are deposited on a substrate and positioned at a nanometric distance from a wave-reflecting layer act as nanoresonators and are able to receive, store, and transmit energy within the visible and infrared range. The sensitivity can be very high for biorecognition binding as well as structural changes in nucleic acids, proteins, and polymers.

Magnetic nanoparticles have currently been explored as a technique for targeted therapeutic heating of tumors, which is called hyperthermia. Various types of superparamagnetic nanoparticles with different coatings and targeting agents are used for specific tumor sites. Magnetic particle heating can be accomplished at depths necessary for treatment of tumors located virtually anywhere in the human body. In addition, magnetic nanoparticle hyperthermia can also be used as an adjuvant to conventional chemotherapy and radiation therapy, which shows great potential. 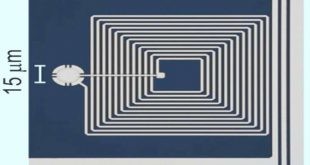 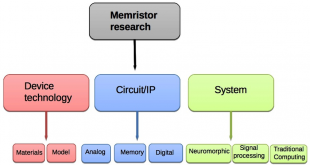 Huge environment risk because of plastic apocalypse, Search for sustainable, and biodegradable solutions

Plastic gives us a lightweight, strong and inexpensive material to use, but it has also …