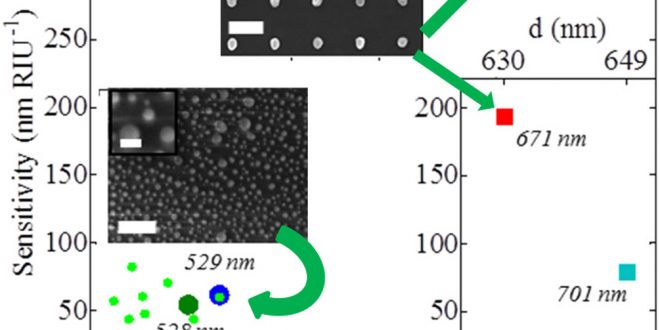 The ability to design and fabricate materials with new functionalities opens the door to a new world of possibilities. They can be tailored to either augment the functionality of existing devices or create new devices with superior performances. Metamaterials are artificially structured materials designed to control and manipulate physical phenomena such as light and other electromagnetic waves, sound waves and seismic waves in unconventional ways, resulting in exotic behavior that’s not found in nature.

Metamaterials have attracted intensive research interest from microwave engineers and physicists in recent years because of their wide applications in super-lenses, slow light, data storage, optical switching, and so on. So far, researches into fabrication, design, and
application of metamaterials have been extended to a fairly wide range of the EM spectrum including far-, mid-, and near-infrared regimes and even optical frequencies.

In addition, metamaterials can exhibit a strong localization and enhancement of fields so that they can be used to actually improve the sensor selectivity of detecting nonlinear substances and to enable the detection of extremely small amounts of analytes. Based on this property, many new or improved applications of metamaterials have been proposed recently. For example, using metamaterials instead of metal parts in surface plasmon resonance, sensors was proposed to enhance the sensing performance, and utilizing metamaterials as high-frequency sensors was also considered.

Currently, the metamaterial science has reached a high degree of sophistication. As a result of continuous progress in design and fabrication of metamaterials on the submicron and nanometer scales, novel enhanced properties of metamaterials can be created. Thus, the interdisciplinary boundary between metamaterials science and sensing technology has become a fertile ground for new scientific and technological development. Moreover, considerable advances have been made on research into sensors based on metamaterials, and they have led to the development of various metamaterial-based components to detect the information of substance and circumstance.

Biosensors are essential in many areas, such as disease diagnostics, environmental monitoring, and food safety, and they are also vital tools in the investigation of biological phenomena. Fluorescence-based methods have proven useful in analyzing both genomic and proteomic microarrays  and in imaging, including single molecule detection inside living cells.

However, labeling molecules with fluorophores can be expensive and time-consuming. It may even be infeasible for certain applications.
In addition, biological reactions generally rely on the three-dimensional structure of the biomolecules which may be affected by the addition of a fluorescent marker. Therefore, there has been a drive for bioanalytical sensing techniques that can directly detect the target molecules without labeling.

Recently, biosensing technologies based on metamaterials have attracted significant attentions from the microwave to optical frequency because of their cost-efficient and label-free biomolecule detection. According to operating frequency of sensing biomolecule and component, the metamaterial-based sensors are classified into three types: microwave biosensor, terahertz biosensor and plasmonic biosensor.

A metamaterial absorber developed by researchers from the Korea Institute of Machinery and Materials (KIMM) under the Ministry of Science and ICT and UNIST is able to significantly enhance the detection of harmful substances or biomolecules. The proposed metamaterial described in the research gathers and releases light energy simultaneously, inducing a greater intensity of light that can be absorbed by molecules. The amplified signals allow more distinct (precise) results, particularly when working with small traces of substances.

The material is able to enhance infrared absorption spectroscopy through hundredfold amplification of detection signals and features cross-shaped nano-antennas, formed in a metal-insulator-metal configuration. The middle insulating layer had a thickness of 10 nm, and the material’s designers employed vertical nanogaps — smaller than the wavelength of infrared light — to maximize light absorption by molecules.

“The proposed metamaterials achieved a record-high difference of 36% in our demonstration on a monolayer with a thickness of 2.8 nm,” said Inyong Hwang, a researcher in the department of electrical engineering at UNIST. Though high-resolution beam lithography was required to form the microstructure on metamaterial surfaces, the team’s surface enhanced infrared absorption (SEIRA) platform relies on more affordable nanoimprint lithography and dry-etching processes. The metamaterial may therefore be mass produced through affordable manufacturing processes.

“Using the nanoimprint process, we can obtain metamaterials in the metal-insulator-metal configuration and process them into desired patterns. On top of that, the dry-etching process allows mass production of microstructured metamaterials,” said Joo-Yun Jung, principal researcher at KIMM.

“Our study is the first to induce near-field enhancement and resolve near-field exposure using vertical gaps. The technique is expected to have vast applications, especially for infrared sensors used in the detection of biomolecules, harmful substances, and gases,” added UNIST professor Jongwon Lee.

Over the past decades, cloud computing has been greatly developed and applied owing to its …