The 2015-2018 U.S. Department of Defense Agency Strategic Plan underscores the criticality of innovation in its strategic goal to “achieve dominant capabilities through innovation, technical excellence, and defense institutional reform.” Echoing this priority, Department of Defense (DoD) leaders frequently point to accelerated innovation across the department as critical to putting competitive advantage firmly in the hands of American power projection over the coming decades. This need is supported by the 2016 Army Vision, which cites innovation’s importance in obtaining capabilities ahead of competitors and adversaries, and in streamlining processes within the institutional Army.

The Army optimizes and aligns the diverse talent, skills, backgrounds, and ideas from the Total Army as well as partners from other nations, industry, and academia to systematically explore, incentivize, and adopt new concepts, technologies, and processes that positively impact the Army and its operations. The  successful, sustainable innovation with demonstrable outcomes requires a three-pronged approach, driven from both top-down and bottomup, that includes innovation tools, managing for innovation, and innovation leadership and strategy. To this end, the AIS establishes, through goals and objectives responsive to the Army’s most fundamental innovation challenges, a trajectory for the maturation of these approaches.

In June 2018, HON Dr. Bruce Jette, the Assistant Secretary of the Army (Acquisition, Logistics and Technology), launched the Expeditionary Technology Search or, ‘xTechSearch’ competition to revolutionize the way the Army attracts and encourages innovation. xTechSearch is a catalyst for the Army to engage with the non-defense traditional business sector, driving American innovation for Army challenges and spurring development of leap-ahead technologies for the Army of the Future. Small businesses from across the country will showcase their technologies to find solutions for one of the Army’s six modernization priority areas which include, Long-Range Precision Fires, Next Generation Combat Vehicle, Future Vertical Lift, The Army Network, Air and Missile Defense and Increasing Soldier Lethality, in addition to top medical and engineering technologies that can benefit the Army.

xTechSearch is a competition sponsored by the Assistant Secretary of the Army for Acquisition, Logistics and Technology (ASA(ALT)), targeting small businesses to uncover novel dual-use science and technology solutions to tackle the Army’s most critical modernization challenges. xTechSearch is an open topic call executed twice per calendar year accepting white paper submissions in the Spring and Fall. The aim is to Incentivize, reward, and recognize innovation that supports the current needs and future objectives of the Army through formal approaches such as Army Materiel Command’s Army Greatest Innovation awards program.

The Army xTechSearch program will provide increasing non-dilutive seed prizes to select small businesses to proceed in the competition. Ultimately 10 small business finalists will receive awards of $120,000 each and be invited to demonstrate a proof-of-concept of their dual-use technologies at an Association of the United States Army (AUSA) conference. A grand prize winner will be selected and awarded an additional $250,000 prize. In addition to the prizes, the xTechSearch program will provide education, mentorship, and networking opportunities to help integrate small businesses into the Army science and technology ecosystem.

The xTechSearch competition seeks novel, disruptive concepts and technologies to support the Army’s top modernization priorities, all of which contribute to the service’s vision of multidomain operations, or MDO. The MDO concept describes how the U.S. Army, as part of the joint force, can counter and defeat a near-peer adversary in all domains in the 2025-2050 timeframe.

The xTechSearch program provides cash prizes to selected small businesses to proceed through four phases of the technology competition. The focus is primarily on so-called nontraditional companies that may have never done business with the Army. Some may have never worked with other parts of the military or the federal government. Ultimately, finalists receive awards of $120,000 each and will be invited to demonstrate proofs of concept of their dual-use technologies to a panel of Army judges.

The program is a departure from traditional development and procurement practices in a number of ways, including being open to never-before-considered technologies, capabilities, concepts or solutions, rather than defining requirements down to the size of nuts and bolts or the number of lines of code. “In some cases, the Army doesn’t even know that the solution’s out there, but also in some cases, companies are developing technologies that they don’t realize could solve an Army problem,” says Zeke Topolosky, chief, Strategic Partnerships Office, at the Combat Capabilities Development Command Army Research Laboratory (CCDC-ARL), who oversees the xTechSearch programr.

In some cases, the entrepreneurs themselves may be surprised to learn the Army can use their technologies. “Some of these nontraditional vendors that we’re trying to reach aren’t aware of all the specific Army requirements for all the systems we need to field. It’s a two-way street with us learning about new stuff that’s out there and also having innovators out there realize they could tweak their system a little bit and solve an Army problem,” Topolosky adds.

He cites one company that presented a lightning detection system. “They had a system of sensors that could predict and pinpoint lightning detection locations. Through some conversations and questions … they realized they could do some mortar detection or incoming fire detection using this technology. It would be very low power, very passive,” Topolosky reports. “They went on to give the Army opportunities to test the system in live-fire events.”

The winners of the first two challenges offered surprises of their own. Adranos offered a solid-rocket propellent that is lighter weight and offers longer range than traditional rocket fuel. According to the company’s website, rocket fuels have not really changed in 60 years.

“Their chemistry allowed them to basically make a turnkey solution for the exact platforms that we’re using now for Army weapon systems, as well as longer-range Air Force systems. Both of them could drop and replace the fuel that they were already using and get a 50 percent increase in range,” Topolosky notes. “This enables things that the long-range precision fires teams are trying to accomplish. It also enables you to have lighter-weight platforms because you can use less fuel to achieve the same range.”

And that longer range supports the MDO concept. “The idea of multidomain operations that we will have to tie all these things together—the sensors out in the field with long-range weapon systems—this will enable us to be able to put fires on target at closer or longer ranges. We can either carry more payload in closer or enable farther standoff distance. Forty to 50 percent increase in range is very significant. It’s almost called a leap-ahead capability from what we’ve been doing,” Topolosky explains.

Bruce Jette, the assistant secretary of the Army for acquisition, logistics and technology, and the man credited with starting the xTechSearch program, echoes that sentiment. “There just aren’t very many new people coming into the rocket fuel industry, and to have a company come in and just come up with a rocket fuel that is significantly more capable than the rocket fuel that we are currently using, that’s worth taking a hard look. Given that we’ve basically been developing most of our rocket fuel ourselves, that’s pretty impressive.”

Lumineye, the winner of the second challenge, offered a system known as Lux. It is a handheld radar for detecting people behind walls. It can be used in urban combat environments but also is handy for firefighters, law enforcement and search and rescue teams, the company’s website indicates. The concept is not entirely novel, but the solution is. “Lots of other companies have tried this. They were able to do it with some very low-cost components and had great success,” Topolosky states. “They’re now entering into a Small Business Innovation Research grant with the Army as well as with the Air Force. This will enable them to take their device and start developing networks of systems so you can have multiple handheld devices being used at once and get some 3D imagery.”

Matthew Willis, director for laboratory management, Office of the Deputy Assistant Secretary of the Army for Research and Technology and xTechSearch program director, says the program’s surprise element is a core tenet of MDO. “The Army doesn’t know what we don’t know. There are many technologies out there that might contribute to our ability to be agile and responsive in a multidomain operations environment, but we can’t possibly know the spectrum of technologies that exist out there. We can try to drive innovation by relying on the private sector to potentially point us in new directions.”

Topolosky agrees. “We’re now looking at fighting across all these domains, and typically our development cycles have been more siloed into different commodity areas where systems and fighting units are operating independently, so multidomain operations will rely on a lot of different technology solutions to link all these together.”

Jette notes that xTechSearch offers the service some flexibility in MDO solutions. “Multidomain operations is a very complicated set of requirements, particularly in the communications-electronics side of things. We’re always looking for those technologies which can give us an advantage or address some challenges that may be unique to the military.” The traditional process does not offer the same access to those unconventional, nondefense-related companies that may well have great ideas. “Particularly in communications-electronics there is a large demand for innovative technologies outside of just the military’s needs,” Jette adds.

The xTechSearch challenge also differs from other innovation programs. Rather than awarding contracts at the end of a challenge, xTechSearch funds development along the way. “We set the bar low at the beginning with an opportunity for people to build as they come along. We’re funding that construction from A to B to C to D,” Jette says. “If you’re a small business, cash flow is king. If [a small business] can get involved and it’s going to take a while to get from point A to point B, then having someone to help me with the funding is a really important aspect of whether I want to go down this path.”

The xTechSearch program also connects entrepreneurs to the Army organizations and personnel most able to help rather than telling them, “Here’s your shopping papers. Now go out and find someone,” Jette says. He emphasizes, however, that he is not criticizing the other approaches. “I can’t tell you I have 200 companies on contract because I don’t. I have a number of companies that we’ve funded to mature to the point of a contract, and we’re doing so with a focused approach against potential opportunities within the Army instead of letting them go try to figure it out on their own,” he offers.

Speaking of numbers, the program has received 1,350 proposals over the course of all the challenges. xTechSearch 5 alone drew 350 proposals, which have come from 1,000 different companies. The Army has completed the first two challenges, along with a specialized challenge to find low-cost COVID-19 ventilators. Officials are considering the possibility of additional special challenges, along with a combined effort with the Army’s Ground Vehicle System’s Center that will focus on lowering the weight and improving the survivability of the Next-Generation Combat Vehicle. Jette says he is considering other possible specialized challenges, such as one aimed at advanced antenna technologies.

Fifty businesses pitched their capabilities in xTechSearch 3.0. The 25 semifinalists from xTechSearch 3.0 will proceed to the next phase of the competition by presenting their capabilities in the Innovators’ Corner booth at the 2019 Association of the United States Army Annual Meeting and Exposition (AUSA) to be held in Washington, D.C., Oct. 14-16. Also during AUSA, the 12 finalist companies from xTechSearch 2.0 will present their final proof-of-concept presentations, with one selected for the competition’s grand prize of $250,000.

The winning semifinalist companies from xTechSearch 3.0 and the titles of their pitches are (in no particular order):

XOnano Smartfoam, Orem, Utah: From the Ground Up: Revolutionizing Real-Time Monitoring One Step at a Time 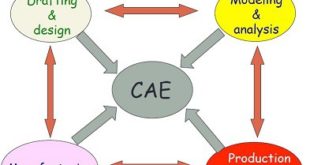 In today’s world, engineering plays a part in almost everything that surrounds us, and with …