Climate change is the one of the biggest existential threat faced by entire world and also one of the major driver of current and future global conflicts.  The United Nations’ IPCC, in a landmark report, also warned that growing competition for resources in a world under climate change could lead to conflict. Climate change is an important catalyst for war, terrorism and major migration patterns, Dutch armed forces chief Tom Middendorp has told a conference in The Hague.

Climate change also has great impact on military on one hand it increases the number of conflicts it needs to confront with , the character of conflicts also  require change in its strategy as more disaster management tasks it has to undertake. On the other hand it degrades military effectiveness by degrading the environment it has to operate.

Senior military figures from around the world have warned that climate change is expected to cause a major refugee crisis, and that this will represent one of the greatest security threats ever faced. It has already been identified as a factor contributing to the current migrant crisis dominating Europe at the moment.

Flooding, drought and wildfires driven by climate change pose threats to two-thirds of the U.S. military’s installations, the Defense Department said in a new report required by Congress. “It is relevant to point out that ‘future’ in this analysis means only 20 years in the future,” the report said. “Projected changes will likely be more pronounced at the mid-century mark; vulnerability analyses to mid- and late-century would likely reveal an uptick in vulnerabilities (if adaptation strategies are not implemented.)”

In October 2018, category four Hurricane Michael thrashed the Florida coast with winds reaching one hundred and thirty miles per hour on Florida’s panhandle. In its way was U.S. Air Force Base Tyndall, which houses not only the headquarters of the Florida Air National Guard, but also the 325th Fighter Wing, a major combat force of F-22 Raptors and a principle training center and testing site for their pilots, maintenance crews, and equipment. The base, like surrounding civilian areas, was not able to regain a normal operating status for almost a month.

During the recovery period, critical training and maintenance schedules for the almost a third of the nation’s F-22s was disrupted, forcing the fighter jets to relocate to other regional airbases less able to run such a high volume of them. Additionally, rebuilding has been costly and time consuming, thereby diverting man-hours and resources that could have been spent on other matters. The situation starkly demonstrates how a severe weather event can be tumultuous for critical but routine activities such as patrolling and training.

The military has long considered climate change as a threat multiplier, affecting  nearly all areas of operational effectiveness are threatened by these environmental changes should they occur.”

The nature of our mission. DoD looks at climate through the lens of its mission. From that perspective, changes in climate affect national security in several ways. Changes in climate can potentially shape the environment in which we operate and the missions we are required to do.

The safety and suitability of our infrastructure. Our warfighters require bases from which to deploy, on which to train, or to live when they are not deployed. If extreme weather makes our critical facilities unusable or necessitate costly or manpower-intensive work-arounds, that is an unacceptable impact.

Higher oceans, for example, menace 128 military bases. A 2016 report from the Union of Concerned Scientists found that the largest naval installation in the world, Naval Station Norfolk, will face water levels that are between 4.5 feet and 7 feet higher in this century. The study, delivered to Congress in January, states about 22 percent of military sites have experienced droughts in the past. A similar percentage experienced high winds and non-storm surge related flooding. About 10 percent of sites said extreme temperatures were an issue and about 6 percent of sites reported wildfires and flooding due to storms, the report stated.

More than a thousand military installations may be vulnerable to disasters and weather conditions caused by climate change. A new study from the Defense Department finds drought, high winds, flooding and extreme temperatures have caused problems for bases in the past and could pose risks to those bases in the future if climate change continues its effects on the United States.

The fingerprints of climate change can disrupt everyday military operations, the report said. “Due to routine training and testing activities that are significant ignition sources, wildfires are a constant concern on many military installations,” the report said. “As a result, the DoD spends considerable resources on claims, asset loss, and suppression activities due to wildfire.”

The Center for Climate & Security in its briefing book  argues that climate change presents a significant and direct risk to U.S. military readiness, operations and strategy, and military leaders say it should transcend politics. It goes beyond protecting military bases from sea-level rise, the military advisers say. They urge president Trump to order the Pentagon to game out catastrophic climate scenarios, track trends in climate impacts and collaborate with civilian communities. Stresses from climate change can increase the likelihood of international or civil conflict, state failure, mass migration and instability in strategically significant areas around the world, the defense experts argue. In 2014, the US Department of Defense published a climate change adaptation road map.

The Pentagon said it needs “to better understand rates of coastal erosion, natural and built flood protection infrastructure, and inland and littoral flood planning and mitigation.” And it is honing its research to improve projections for sea-level rise, storm surge and inland flooding as well as exploring better materials and designs for buildings and infrastructure.

As global temperatures rise, the number of heat-related illness diagnoses of active-duty service members is rising as well, according to military data. Statistics show a 60% increase of heatstroke or heat exhaustion cases between 2008 and 2018, from 1,766 to 2,792. Over that same stretch of time, at least 17 troops have died from heat-related complications during training exercises on bases in the U.S.

According to the Defense Health Agency, 40% of the heat-related illnesses and deaths since 2014 occurred at five locations: Fort Benning in Georgia, Fort Bragg in North Carolina, Fort Campbell in Kentucky, Fort Polk in Louisiana and Camp Lejeune, a Marine Corps installation in North Carolina. Two of the others in the top 10 are in South Carolina.

As the temperatures rise in the U.S. they are rising even faster in regions the military is deployed, like the Middle East, South Asia and Africa. According to some former military members, troops need to train in the heat for exactly these reasons. “If you want to be prepared for a fight in the heat, you have to train in the heat under the same conditions you’ll encounter,” Augusto Giacoman, a former Army captain, told NBC News.

The military’s “warrior ethos” also leads to service members pushing past their limits in harsh conditions. “It doesn’t matter that you’re about ready to collapse, you don’t let on,” Joy Craig, a retired Marine Corps warrant officer and drill instructor, said. “You push through it.”

However, in order to get ahead of the problem and prevent death and injury in the future, the military is working toward a number of solutions. At Fort Benning, Maj. Meghan Galer, who wrote a white-paper on the military and climate change, created a heat center that trains medics how to treat heat illnesses in the field and trains field leaders in prevention tactics. She and her team are also working on a system that monitors vital signs and warns service members if heat stress is imminent.

Military researchers are also developing new uniforms made from lightweight materials and different types of cooling vests, but those could be years away. 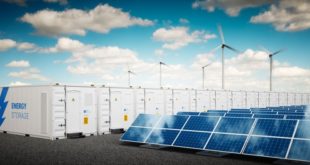 Wireless electronic systems have been relying on dish antennas to send and receive signals. These …