In the past few years, metal halide perovskite quantum dots and nanocrystals have been extensively explored due to their unique optoelectronic properties and extensive application prospects. Perovskites are materials that share a crystal structure similar to the mineral called perovskite, which consists of calcium titanium oxide (CaTiO3). Depending on which atoms/molecules are used in the structure, perovskites can possess an impressive array of interesting properties including superconductivity, ferroelectricity, charge ordering, spin dependent transport and much more. Perovskites therefore hold exciting opportunities for physicists, chemists and material scientists.

Quantum dots (QDs), sometimes referred to as semiconducting nanocrystals (NCs), are miniscule particles of a semiconducting material with diameters in the range of 2-10 nanometers (10-50 atoms). Quantum dots have properties labeled as intermediate between bulk semiconductors and discrete atoms or molecules. Their optoelectronic properties change as a function of both size and shape. QDs demonstrate optical and electronic properties different from those of larger particles. In fact, QDs tend to exhibit quantum size effects in their optical and electronic properties, like tunable and efficient photoluminescence (PL), with narrow emission and photochemical stability. This is why QDs have been incorporated as active elements in a wide variety of devices and applications, some of which are already commercially available, such as QD-based displays.

Perovskite quantum dots (PQDs) are a class of quantum dots based on perovskite materials. While these are relatively new, they have already been shown to have properties matching or surpassing those of the metal chalcogenide QDs: they are more tolerant to defects and have excellent photoluminescence quantum yields and high colour purity. Such attractive properties are extremely suited for electronic and optoelectronic applications and so perovskite quantum dots have significant potential for real world applications, some of which are already emerging, including LED displays and quantum dot solar cells.

An international research team has developed a flexible quantum dot solar cell based on all-inorganic cesium-lead iodide (CsPbI3) perovskite. The researchers built the cell by integrating quantum dots (QDs) with high surface areas into a thin hybrid interfacial architecture (HIA) and by adding phenyl-C61-butyric acid methyl ester (PCBM), which is known as one of the best-performing electron acceptors commonly used in organic photovoltaic devices, into the CsPbI3 quantum dot layer.

“PCBM was added into the CsPbI3 QDs dispersed in chlorobenzene (CB) to obtain a hybrid solution,” the researchers explained. “The CsPbI3 QDs with and without PCBM have a similar cubic shape with an average size of about 10 nm, characterized by the transmission electron microscopy.” The quantum dot solution was spin-coated onto a substrate under ambient conditions with a relative humidity lower than 10% at room temperature.

The PCBM bonds, according to the scientists, create an exciton cascade between the CsPbI3 quantum dot layer and the electron transport layer (ETL) made of Tin(IV) oxide (SnO2). The excitons have the potential to amplify the amount of electricity generated by the photons a solar cell absorbs.

The solar cell reportedly showed a power conversion efficiency of 15.1%, which the scientists said is quite high for CsPbI3 QD solar cells. “More importantly, we also obtained flexible perovskite QD solar cells with a power conversion efficiency of 12.3% assisted by the HIA strategy, as well as improved mechanical flexibility relative to similar thin-film perovskite compositions,” the scientists stated.

Quantum Key Distribution, or QKD, enables two remote parties, “Alice” and “Bob”, who are connected by a passive optical link to securely generate secret key material. Single-photon sources (SPSs) and single-photon detectors (SPDs) are key devices for enabling practical quantum key distributions (QKDs).  Single photon generation is necessary for secure quantum transmission; otherwise, an eavesdropping party might intercept one of the transmitted photons and thus get a copy of the message. Moreover, Single-photon sources (SPSs) at Telecom-band are of special interest because the existing telecom backbone networks exhibit a minimal transmission loss around 1.55 μm.

Other applications to exploit sources of single photons could include quantum computing, where photons would play the role of quantum bits. It has also been shown that the availability of a single-photon source enables implementation of quantum computation using only linear optical elements and photodetectors.

Quantum metrology, meanwhile, would benefit from a true single-photon source because its signal-to-noise ratio would not be restricted by lasers’ “shot-noise” limit (which is equal to the square root of the laser intensity).  They  would greatly support the emergence of applications of quantum technology such as entanglement assisted measurement techniques, i.e. sub-shot noise metrology, microscopy and spectroscopy.

“Without having a source of coherent single photons, you can’t use any of these quantum effects that are the foundation of optical quantum information manipulation,” says Bawendi, who is the Lester Wolfe Professor of Chemistry. Another important quantum effect that can be harnessed by having coherent photons, he says, is entanglement, in which two photons essentially behave as if they were one, sharing all their properties.

The ability to produce individual photons with precisely known and persistent properties, including a wavelength, or color, that does not fluctuate at all, could be useful for many kinds of proposed quantum devices. Because each photon would be indistinguishable from the others in terms of its quantum-mechanical properties, it could be possible, for example, to delay one of them and then get the pair to interact with each other, in a phenomenon called interference.

“This quantum interference between different indistinguishable single photons is the basis of many optical quantum information technologies using single photons as information carriers,” Utzat explains. “But it only works if the photons are coherent, meaning they preserve their quantum states for a sufficiently long time.”

Many researchers have tried to produce sources that could emit such coherent single photons, but all have had limitations. Random fluctuations in the materials surrounding these emitters tend to change the properties of the photons in unpredictable ways, destroying their coherence. Finding emitter materials that maintain coherence and are also bright and stable is “fundamentally challenging,” Utzat says. That’s because not only the surroundings but even the materials themselves “essentially provide a fluctuating bath that randomly interacts with the electronically excited quantum state and washes out the coherence,” he says.

Previous chemically-made colloidal quantum dot materials had impractically short coherence times, but this team found that making the quantum dots from perovskites, a family of materials defined by their crystal structure, produced coherence levels that were more than a thousand times better than previous versions. The coherence properties of these colloidal perovskite quantum dots are now approaching the levels of established emitters, such as atom-like defects in diamond or quantum dots grown by physicists using gas-phase beam epitaxy.

One of the big advantages of perovskites, they found, was that they emit photons very quickly after being stimulated by a laser beam. This high speed could be a crucial characteristic for potential quantum computing applications. They also have very little interaction with their surroundings, greatly improving their coherence properties and stability. Such coherent photons could also be used for quantum-encrypted communications applications, Bawendi says. A particular kind of entanglement, called polarization entanglement, can be the basis for secure quantum communications that defies attempts at interception.

Now that the team has found these promising properties, the next step is to work on optimizing and improving their performance in order to make them scalable and practical. For one thing, they need to achieve 100 percent indistinguishability in the photons produced. So far, they have reached 20 percent, “which is already very remarkable,” Utzat says, already comparable to the coherences reached by other materials, such as atom-like fluorescent defects in diamond, that are already established systems and have been worked on much longer.

“Perovskite quantum dots still have a long way to go until they become applicable in real applications,” he says, “but this is a new materials system available for quantum photonics that can now be optimized and potentially integrated with devices.” It’s a new phenomenon and will require much work to develop to a practical level, the researchers say. “Our study is very fundamental,” Bawendi notes. “However, it’s a big step toward developing a new material platform that is promising.”

A new approach to synthesizing quantum dots has significantly increased their use-value, according to members of an international research collaboration. The method, called spray-synthesis, was developed jointly by professor Hao-Wu Lin and associate professor Chih-Sung Chuu of National Tsing Hua University (Taiwan) and professor Richard Schaller of Northwestern University.

Perovskite quantum dots have been pursued for their potential as quantum emitters, though instability has hindered their development. Unlike other quantum emitters, perovskite quantum dots are able to realize single-photon emission at room temperature and possess advantageous properties such as high quantum yield and high color purity, Lin said. However, with current methods to create them, they are only able to survive under excitation for a few minutes.

Traditionally, perovskite quantum dots are prepared by directly injecting and mixing two solutions, which then creates the nanocrystals known as quantum dots. Lin’s research team refined this process: Rather than injecting one solution into the other, the spray-synthesis method greatly increases the contact area by spraying microdroplets into the solution, allowing a uniform protective organic layer to form on the surface of the quantum dots. This allows them to retain their brightness even after 24 hours of intensive continuous excitation.

To put that into perspective, once the quantum dots are put into a display — a task they are well suited for due to their high stability and high photoluminescent quantum yield — and efficient miroLEDs are properly integrated as an excitation source, Lin’s researchers believe they can easily achieve a brightness of several thousand nits. For comparison, a typical smartphone display is a little less than 700 nits.

The dots also showed an ability to self-heal, which has been observed in the bulk thin-film halide perovskite solar cells, Lin said. “In the report, this is the first time people observed this intriguing property of halide perovskite in the single-dot level,” he said. The team predicts that the improved quantum dots will have applications as a single-photon emitter for quantum communications, and, potentially, in quantum computing. Also, an ensemble of quantum dots could be used in next-generation displays. 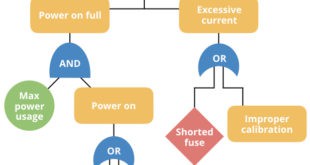