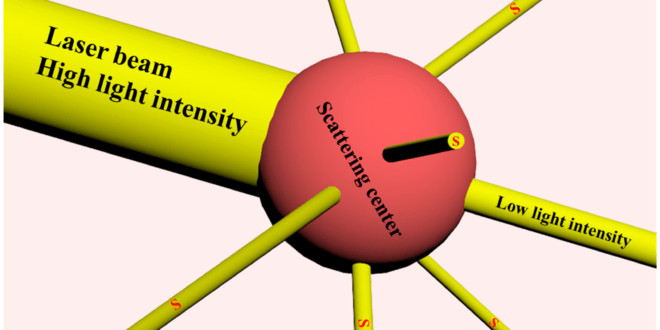 Nanomaterials for protection from laser weapons

Laser attacks targeting pilots and air crews are a major concern across the world with most attacks reported to take place during take-off and landing. According to figures from the US Federal Aviation Authority, there were 6,753 laser illuminations reported in 2017. Until recently, the expense of lasers had limited their use to professional shows, but lower prices on handheld laser pointers have made this type of device widely available. They have also become easier to buy on the internet. However, these laser pointers have been cause of many aircraft accidents.

Lasers are a source of collimated, monochromatic, coherent light that can travel long distances with very little loss of intensity. This coherent property is what allows a laser to maintain a narrow, high-powered beam over long distances. This is also the cause of lasers being able to do damage to sensors, facilities, and personnel at a long range. Results of these attacks include distraction, obscuring of instruments and dials, a high probability for short-lived “flash” blindness and even permanent eye damage.

Of huge concern has been the use of military-grade or ‘dazzler’ lasers, marking a serious change from the previous use of commercially available devices, and poses a far greater threat to military personnel.  The imminent deployment of laser-directed energy weapons on aircrafts, ships and vehicles is also causing concerns in militaries.

Lasers are also increasingly being employed both by terrorists and security agencies. The military and security agencies are using Handheld Lasers as nonlethal weapons to temporarily blind terrorists and at checkpoints for crowd control. Lasers have been used en masse against riot police in demonstrations in regions as diverse as Canada, the U.S., Ireland, Thailand, Greece, Egypt, and Italy, among others.

Laser-directed energy weapons are also being developed as antisatellite weapons. “Ground-based lasers could damage thermal control, structural and power system components and may affect electro-optical sensors on low earth orbiting satellites. Lasers generate and focus intense beams of light that can engage a target from a long distance. Low-power lasers are usually intended to spoof or jam satellite electro-optical sensors, resulting in temporary blindness of the satellite. High-power lasers cause damage or destruction by overheating parts of the satellite. Most susceptible are the satellite’s structure, thermal control system, and solar panels.

Lasers are becoming more and more common and can damage eyes and sensors, so arise the need for efficient protection. A possibility is the use of filters with optical limiting abilities. Optical limiting leads to a reduced transmittance of these filters above a certain light energy. Solid‐state optical limiting filters consist frequently of poly(methyl methacrylate) (PMMA). Using dyes is an often used way to provide optical limiting qualities to polymers.

A laser protective dye is a pigment that is added to the lens material during the injection molding process. This dye neutralizes laser threats by absorbing laser light before it can reach the eye. Laser protective dyes are widely used due to their relative low cost and ability to retain high ballistic properties. While effective, there is a drawback: lenses that protect against multiple wavelengths require the use of two or more dyes which significantly reduces the light transmission of the lens. This makes it darker and therefore less suitable for low light applications.

According to the author of the paper, Lt. Col. Joseph Huntington of the USAF, nanotechnology may provide several solutions to mitigate the threat from directed energy weapons: Coatings to harden the spacecraft’s surface areas to better withstand a weapon’s thermal or electromagnetic effects. Nanostructured surface coating would either reflect, absorb, or transmit the incident energy or would perform some combination of the three. One-hundred percent reflection would be the ultimate protection because all the energy would be rejected; less than complete reflection would result in some absorption which would show as heat build-up, material degradation, or burn through.

To achieve simultaneous protection against both pulsed and continuous wave (CW) or quasi-CW lasers, significant research effort has been devoted to the state-of-the-art optical limiting (OL) materials and processes in an attempt to achieve some measures of protection against such laser beams in the past decades. Two-dimensional (2D) nanomaterials with a lot of unique properties, including graphene, transition metal dichalcogenides, black phosphorus and others, have aroused the extensive research interest of many researchers.

In 2017, Aircraft manufacturer Airbus had announced that it was joining with Lamda Guard, a Canadian company, to test a metamaterial-based coating for cockpit windows to protect pilots in commercial aircraft from being blinded by laser pointers.

Advanced Material Development (AMD) has been awarded a contract to develop protective films to be integrated into protective eyewear. The contract with the Irregular Warfare Technical Support Directorate (IWTSD, formerly CTTSO) will fund AMD’s development of laser filtering coatings, based on AMD’s nanomaterial and photonic crystal technologies.

Multi-frequency layered meta-material films and coatings, based on photonic crystal superlattices and nanomaterials. These materials provide a low-cost, tuneable solution that filters specific wavelengths of light whilst retaining transparency across the remaining spectrum.

These stable, thin, and flexible films and coatings can be adhered or applied to a range of substrates for applications including protective eyewear, electro-optic protection for cameras and anti-laser dazzle coatings for commercial aircraft.AMD’s contract with the Irregular Warfare Technical Support Directorate (IWTSD, formerly CTTSO) will fund the development of laser filtering coatings, based on AMD’s nanomaterial and photonic crystal technologies.