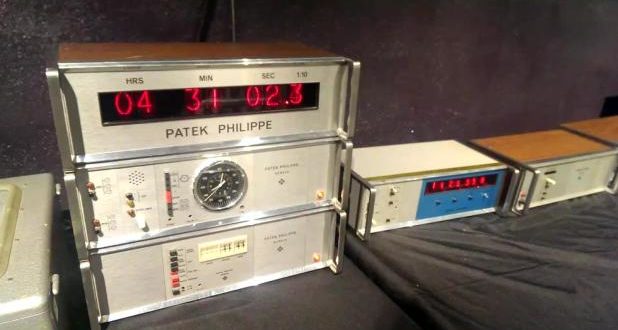 Optical atomic clocks will likely redefine the international standard for measuring a second in time. They are far more accurate and stable than the current standard, which is based on microwave atomic clocks.

But newer optical atomic clocks, based on atoms such as ytterbium and strontium, vibrate much faster at higher frequencies and generate optical signals. Such signals must be converted to microwave signals before electronic systems can readily make use of them.

In May 2020, it was reported that  researchers in the United States have figured out how to convert high-performance signals from optical clocks into a microwave signal that can more easily find practical use in modern electronic systems.

“How do we preserve that timing from this optical to electronic interface?” says Franklyn Quinlan, a lead researcher in the optical frequency measurements group at the U.S. National Institute of Standards and Technology (NIST). “That has been the big piece that really made this new research work.”

By comparing two optical-to-electronic signal generators based on the output of two optical clocks, Quinlan and his colleagues created a 10-gigahertz microwave signal that synchronizes with the ticking of an optical clock. Their highly precise method has an error of just one part in a quintillion (a one followed by 18 zeros). The new development and its implications for scientific research and engineering are described in the 22 May issue of the journal Science.

Optical clocks can already be linked together physically through fiber-optic networks, but this approach still limits their usage in many electronic systems. The new achievement by the U.S. research team—with members from NIST, the University of Colorado-Boulder, and the University of Virginia in Charlottesville—could remove such limitations by combining the performance of optical clocks with microwave signals that can travel in areas without a fiber-optic network.

Synchronizing time in modern warfare – down to billionths and trillionths of a second – is critical for mission success. High-tech missiles, sensors, aircraft, ships, and artillery all rely on atomic clocks on GPS satellites for nanosecond timing accuracy. A timing error of just a few billionths of a second can translate to positioning being off by a meter or more. If GPS were jammed by an adversary, time synchronization would rapidly deteriorate and threaten military operations.

To address this scenario, DARPA has announced the Robust Optical Clock Network (ROCkN) program, which aims to create optical atomic clocks with low size, weight, and power (SWaP) that yield timing accuracy and holdover better than GPS atomic clocks and can be used outside a laboratory. ROCkN will leverage DARPA-funded research over the past couple decades that has led to lab demonstration of the world’s most precise optical atomic clocks. ROCkN clocks will not be as precise as the best lab optical clocks, but they will surpass current state-of-the-art atomic clocks in both precision and holdover while maintaining low SWaP in a robust package.

“The goal is to transition optical atomic clocks from elaborate laboratory configurations to small and robust versions that can operate outside the lab,” said Tatjana Curcic, program manager in DARPA’s Defense Sciences Office. “If we’re successful, these optical clocks would provide a 100x increase in precision, or decrease in timing error, over existing microwave atomic clocks, and demonstrate improved holdover of nanosecond timing precision from a few hours to a month. This program could create many of the critical technologies, components, and demonstrations leading to a potential future networked clock architecture.”

In the first area, performers will be tasked to design a portable optical atomic clock that could fit on a fighter jet or satellite providing picosecond (trillionth of a second) accuracy for 100 seconds. The clock will need to withstand temperature, acceleration, and vibrational noise for use on board aircraft, vehicles, or satellites.

The second technical area calls for performers to develop an optical atomic clock in a transportable package that could fit on a Navy ship or in a field tent to provide GPS-equivalent, nanosecond precision for 30 days in the absence of GPS.

ROCkN is a four-year program consisting of two, two-year phases. In Phase 1, performers in both technical areas will develop a physics package to demonstrate the technology, and in Phase 2 performers will be tasked to develop fully operational clocks. At the end of the program, synchronization between stationary, mobile, and airborne clocks will be demonstrated with timing precision sufficient for 100 GHz distributed coherence. 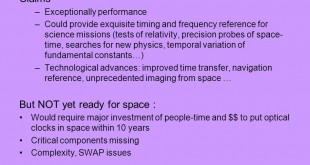 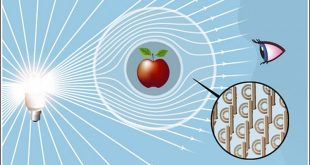 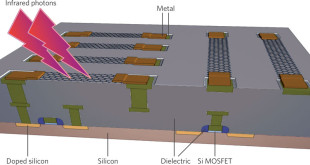 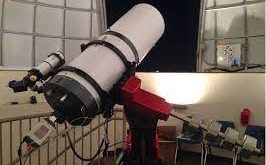 There has been an exponential growth of space objects, including orbital debris that has increased …