The Digital India programme, launched in July 2015, is a flagship programme of the Government of India with a vision of transforming India into a digitally empowered society and knowledge economy In line with the Honourable PM Shri Narendra Modi’s vision of ensuring
that technology is “accessible, affordable, and adds value”, the Digital India initiative was aimed at improving the life of the common person. The programme centres on three key vision areas: a) digital infrastructure as a utility to every citizen, b) governance and services on demand, and c) digital empowerment of citizens. The PM said that India may have missed the Industrial Revolution.

India is among the top three global economies in number of digital consumers. With 560 million internet subscriptions in 2018, up from 238.71 million in 2013, India is the second-largest internet subscriptions market in the world. Likewise, India has the second-largest number of instant messaging service users worldwide, behind China, and the most social media users. Aadhaar, India’s unique digital identity programme, covers more than 1.2 billion people, the largest system of its type globally. India’s monthly mobile data consumption per user, at 8.3 gigabytes (GB) per month, is over 54 times the figure in mid-2016 and higher than countries like China at 5.5 GB per user, and comparable to digital leaders like South Korea at 8-8.5 GB per user.

India is the topmost offshoring destination for IT companies across the world. The industry is expected to grow to US$ 350 billion by 2025 and BPM is expected to account for US$ 50 55 billion of the total revenue. Having proven its capabilities in delivering both on-shore and off-shore services to global clients, emerging technologies now offer an entire new gamut of opportunities for top IT firms in India.

India’s ambition, as laid out by the Ministry of Electronics and IT, to grow its digital economy to US$ 1 trillion by 2025. By 2025, India could create a digital economy of $800 billion to $1 trillion (or value equivalent to 18 to 23 percent of the country’s nominal GDP). The existing digital ecosystem could contribute up to $500 billion of economic value, but the potential economic value for India could be as much as double that amount — almost $1 trillion— if digital technologies are used to unlock productivity, savings, and efficiency across more
diverse sectors such as agriculture, education, energy, financial services, government services, healthcare, logistics, manufacturing, trade, and transportation.

The potential five-fold increase in economic value from India’s digital transformation by 2025 would create a rapidly growing market for
a host of digital services, platforms, applications, content, and solutions. This represents an attractive opportunity for global and local businesses, startups, and platform-based innovators who will be investing in emerging technologies (for example, artificial intelligence, blockchain, drones, and robotics) customised to India’s needs.

The vision will be enabled by 21st-century IT infrastructure and software capabilities, such as equipping the IT-BPM industry with digital
technologies of the future, such as artificial intelligence (AI), analytics, automation, cloud, cybersecurity, mobile, and social, so that
it could achieve between $205 billion and $250 billion of GVA in 2025, or roughly twice the $117 billion of GVA achieved in 2017–18.
Creating state-of-the-art cybersecurity and data protection frameworks. Building capabilities for real-time data visualisation and data analytics within India. Realising the vision of broadband for everyone, comprising a new visual broadband standard and the aspiration of providing affordable highspeed internet to everyone by 2025.

The Ministry of External Affairs (MEA) announced the establishment under its wing of the New, Emerging and Strategic Technologies (NEST) division that will engage in ‘tech diplomacy’. The NEST division is tasked to provide policy guidance on how India can shape international rules related to emerging technologies, navigate competition over strategic supply chains to capture a larger share of global technology flows, and align India’s as yet discordant domestic technology policies with international regimes that are straining under complex geopolitical and institutional pressures.

The NEST division will act as the nodal point in India’s foreign ministry for all matters connected to new and emerging technologies including exchange of views with foreign governments and coordination with domestic ministries and departments. It will also help assess foreign policy and international legal implications of emerging technology and technology-based resources, the person said. The desk will also be involved in negotiations to safeguard Indian interests at multilateral fora like the United Nations or the G20 where rules governing the use and access to such technologies could be decided.

Office of the Principal Scientific Adviser to the Government of India aims to provide pragmatic and objective advice to the Prime Minister and cabinet on matters related to science, technology and innovation with a focus on application of science and technology in critical infrastructure, economic and social sectors in partnership with Government departments, institutions and industry. It’s role and objectives are :

SPF has been a collaborative platform launched since September 2018 to facilitate engagement in science, technology and innovation policy, strengthen science policy linkages and act as a channel for dialogue and outreach.  NEST Division in MEA, Office of Principal Scientific Adviser (PSA) and the Science Policy Forum (SPF) have launched an Emerging Technologies Initiative (ETI) on August 31, 2020 for accelerating India’s technology intensity . It has been launched on the website of the Science Policy Forum http://www.thesciencepolicyforum.org/initiatives/eti/

The Emerging Technologies Initiative (ETI) is an ambitious attempt to understand, analyze and anticipate the impact of emerging, futuristic, strategic, critical and disruptive technologies that will impact India and its foreign policy aspects. It seeks to identify collaborative opportunities in a whole range of new emerging and strategic technologies under Quantum, AI, Bioengineering, Semiconductor technologies, Sustainable technologies, Industrial technologies, High performance computing including Big Data and Intelligent Systems, Block Chain, and Data and Communication Network.

One of an all important technology is Artificial Intelligence (AI) whose  global market is expected to reach US$ 169,411.8 million in 2025. Artificial Intelligence (AI) is poised to disrupt our world. With intelligent machines enabling high-level cognitive processes like thinking, perceiving, learning, problem solving and decision making, coupled with advances in data collection and aggregation, analytics and computer processing power, AI presents opportunities to complement and supplement human intelligence and enrich the way people live and work.

Recognising AI’s potential to transform economies and the need for India to strategise its approach, Hon’ble Finance Minister, in his budget speech for 2018 – 2019, mandated NITI Aayog to establish the National Program on AI, with a view to guiding the research and development in new and emerging technologies. In pursuance of the above, NITI Aayog has adopted a three-pronged approach – undertaking exploratory proof-of-concept AI projects in various areas, crafting a national strategy for building a vibrant AI ecosystem in India and collaborating with various experts and stakeholders.

To truly reap the benefits of deploying AI at scale, the report identifies the following barriers that need to be addressed in order to achieve the goals of #AIforAll:
a) Lack of broad based expertise in research and application of AI,
b) Absence of enabling data ecosystems – access to intelligent data,
c) High resource cost and low awareness for adoption of AI,
d) Privacy and security, including a lack of formal regulations around anonymisation of data, and
e) Absence of collaborative approach to adoption and application of AI.

NITI Aayog has generated a strategy document is premised on the proposition that India, given its strengths and characteristics, has the potential to position itself among leaders on the global AI map – with a unique brand of #AIforAll. The strategy should strive to leverage AI for economic growth, social development and inclusive growth, and finally as a “Garage” for emerging and developing economies.

NITI Aayog has decided to focus on five sectors that are envisioned to benefit the most from AI in solving societal needs:
a) Healthcare: increased access and affordability of quality healthcare,
b) Agriculture: enhanced farmers’ income, increased farm productivity and reduction of wastage,
c) Education: improved access and quality of education,
d) Smart Cities and Infrastructure: efficient and connectivity for the burgeoning urban population, and
e) Smart Mobility and Transportation: smarter and safer modes of transportation and better traffic and congestion problems.

Quantum computing and quantum information processing are next revolutionary technology expected to have immense impact. Quantum computers will be able to perform tasks too hard for even the most powerful conventional supercomputer and have a host of specific applications, from code-breaking and cyber security to medical diagnostics, big data analysis and logistics. Quantum computers could accelerate the discovery of new materials, chemicals and drugs. They could dramatically reduce the current high costs and long lead times involved in developing new drugs.

India has been latecomer to quantum revolution. After falling behind, indian government has initiated many steps to catch up. The government in its budget 2020 has announced a National Mission on Quantum Technologies & Applications (NM-QTA) with a total budget outlay of Rs 8000 Crore for a period of five years to be implemented by the Department of Science & Technology (DST). “Quantum technology is opening up new frontiers in computing, communications, cyber security with wide-spread applications. It is expected that lots of commercial applications would emerge from theoretical constructs which are developing in this area. It is proposed to provide an outlay of ` 8000 crore over a period five years for the National Mission on Quantum Technologies and Applications,” she added.

Quantum technologies are rapidly developing globally with a huge disruptive potential. The next generation transformative technologies that will receive a push under this mission include quantum computers and computing, quantum communication, quantum key distribution, encryption, crypt analysis, quantum devices, quantum sensing, quantum materials, quantum clock and so on. The areas of focus for the Mission will be in fundamental science, translation, technology development, human and infrastructural resource generation, innovation and start-ups to address issues concerning national priorities.

India has, also given thrust to intenational partnerships with it’s allies such as  with Japan on AI and robotics, as well as between Mahindra and Israel’s Aeronautics Group on unmanned aerial vehicles (UAVs). India’s technology partnership with Australia too is at a positive juncture, with the signing of the framework arrangement on cyber and cyber-enabled critical technology cooperation. 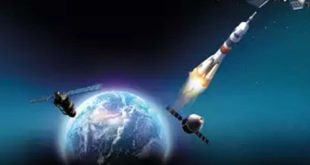 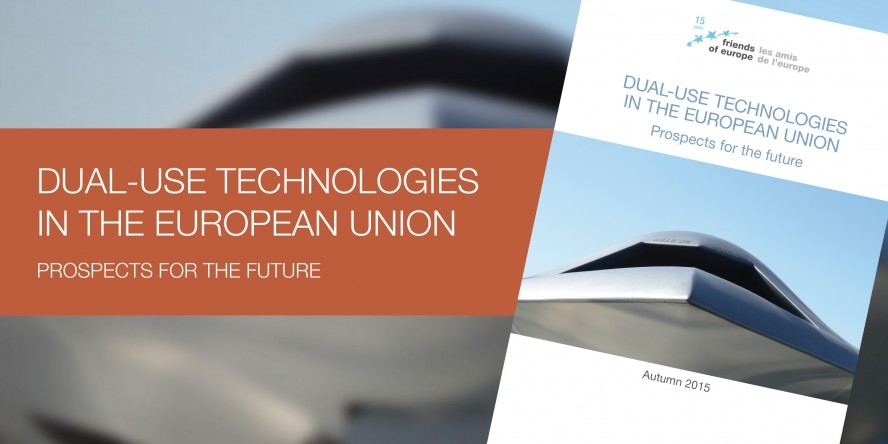 The nation’s critical infrastructure is increasingly dependent on the Internet, while cybersecurity attacks are on …