The advancement of Sensors, Communications and Radars have given rise to Electronic Warfare, which encompasses, in all battle phases, military actions involving the use of EM energy to determine, exploit, reduce or prevent hostile use of EM spectrum and the actions, which retain friendly use of the EM spectrum. The three constituents of EW are referred as Electronic Attack (EA), Electronic Protection (EP) and Electronic Support (ES). EA is the electronic countermeasure which includes jamming and deception of enemy radars, electro optic and communication systems.

The need for higher data rates for network-centric capabilities and the increasing demand for data transmission to support situational awareness is driving the move to higher RF frequencies millimetre waves or EHF. EHF encompasses a wide waveband of frequencies that the International Telecommunications Union, the UN organisation regulating international use of the radio spectrum, classifies as going from 30 GHz to 300 GHz. EHF wavelengths can typically measure from 10 mm down to 1 mm. This is in stark contrast to the high frequency (HF) waveband (3–30 MHz) with its wavelengths of between 10 m and 100 m. The move to higher RF frequencies (60 GHz, 94GHz) is dictated by the need to optimise SWaP-C (size, weight, power, cost) and is driven by cost effective semiconductor devices.

EHF has comparatively more transmission space available. V/UHF has become progressively more cluttered as global cellular communications have proliferated over the past two decades, a demand which is likely to increase in the future. “The thing about this band is that it is not very cluttered,” said David Stupples, a professor at the School of Mathematics, Computer Science and Engineering at the Department of Electrical and Electronic Engineering at City University, London, and the international board director of the Association of Old Crows EW advocacy group.

Another area which is driving adoption of millimetre waves are 5G technologies to meet dramatic traffic growth over the next decade. 5G mobile networks are expected to achieve higher capacity increases compared to 4G networks, with considerably higher-speed data rates. Given that current mobile phones operate in frequencies between 0.8 to 2.5 GHz, they are capable of download speeds of only 230 Mbps. Therefore, mobile devices operating in the millimeter-wave band are essential to cope with the higher-speed data transmissions required from 5G. Additional radio spectrum would be available at millimetre wave frequencies from 30 GHz to 300 GHz will provide 10 times more band¬width than the 4G cellular-bands.

Military also has increasing interest in making broader use of the millimeter wave frequency band for communications on small mobile platforms where narrow antenna beams from small radiating apertures provide enhanced communication security.  For example DARPA’s 100G program is developing the technologies and system concepts to project fiber-optic-class 100 Gb/s capacity via airborne data links anywhere within the area of responsibility (AOR). The goal is to create a 100 Gb/s data link that achieves a range greater than 200 kilometers between airborne assets and a range greater than 100 kilometers between an high-altitude long-endurance aerial platforms (at 60,000 feet) and the ground.

Another factor is employment of millimetre wave based seekers in missiles. While optical systems (visible and IR) require clear atmospheric conditions for reliable operation, MMW imaging is relatively immune to weather conditions such as cloud, fog, snow, and light rain. The seeker can operate in low visibility and contaminated battlefield conditions, and is not susceptible to battlefield obscurants such as smoke, dust, flares and chaff.

As these EHF technologies emerge on the battlefield, the future EW systems shall be required to have capability to counter them. Conducting electronic warfare (EW) in the extremely high frequency (EHF) portion of the electromagnetic spectrum may soon pose new challenges for EW practitioners. The Radar jammers could be required to go as high as Ka-band if designed to disable missile threats that featured radar seekers.

The major headache caused by EHF for EW practitioners, particularly in the communications domain, is the especially narrow beamwidth of EHF transmissions, which makes EHF transmissions difficult to detect and jam. The EHF part of the spectrum is also typically less crowded than other parts. There is a trade-off regarding the use of EHF, as such transmissions suffer significant attenuation: the reduction of a signal’s strength as it travels through the atmosphere.

The narrowness of the EHF beam, Stupples said, is “almost like a pin-prick” enabling “a great deal of side lobe suppression”. All radio frequency transmissions produce side lobes: patterns of radiation that fan out either side of the main beam. Side lobes cause problems as they can be detected by electronic support measures positioned outside a beam’s main axis and can effectively announce a radio’s presence and position. The narrowness of the EHF beam aids side lobe suppression by making them harder to detect.

To further complicate matters, Dr David B James, head of the electronic warfare, information, and cyber centre in Cranfield University’s defence and security division in the United Kingdom, noted that EHF signals “start to behave optically, meaning that the signals can exhibit optical reflection from ‘smoother’ metallic surfaces, along with diffuse reflection from rougher surfaces, and diffraction characteristics from solid edges”. From an EW perspective, this “introduces challenges in terms of direction-finding as the signal will not be received cleanly”.

For EHF, attenuation can be caused by physical structures, like walls or foliage, and by naturally occurring phenomena, such as raindrops, which can be a similar size to EHF wavelengths. This can cause them to absorb and scatter EHF signals. These shortcomings can be mitigated by using high gain, directional antennae to transmit the signal. This concentrates significant transmission power across a small area, creating the narrow beam that makes EHF signals difficult to detect and jam.

EHF enables high data rates to be sent using short-burst transmissions potentially detectable for fractions of a second, Stupples added. Although the attenuation associated with EHF potentially causes some challenges, EHF communications can still achieve ranges of 5–6 km (2.7–3.2 miles). For this reason, James stressed that EHF signals will tend to be best employed for point-to-point communications. Moreover, EHF concepts of operations could see transceivers being linked by fibre-optic cables to transmitters positioned some distance away.

“This exceedingly wide frequency band will give you a good spread of spectrum and a high degree of security,” Stupples said, because “EHF gives you a wide array of bands across which transmissions can hop”. EHF transmissions can hop not just within a waveband, as with standard HF and V/UHF tactical radios, but across several wavebands. This complicates COMINT collection by giving a large spectrum of frequencies that must be monitored for signals of interest.

“We’ve got a narrow beam, burst transmissions, and wide waveband frequency-hopping,” Stupples said. This means “getting into the beams to get the COMINT is going to be difficult”. Given the short ranges achievable with EHF, maintaining a significant stand-off distance to gather COMINT does not necessarily help. EHF communications must rely on directional antennae, and those antennae, James noted, “greatly reduce the direction from which you can observe EHF emissions or transmit a jamming/interfering signal into them.”

For RF-based EWS systems such as RWRs (Radar Warning Receivers), DF/COMINT (Direction Finding and Communications Intelligence) and ESM/ELINT (Electronic Support Measures and Electronic Signals Intelligence) this will be underpinned by an emphasis on direct and fast digital synthesis of the RF signals across the full breadth of the frequency spectrum, effectively digitizing the RF as close to the antenna signal as possible. This will drive demand for wideband solid state RF component technologies that can be coupled with higher performing wider bandwidth digital receivers.

Stupples advocated using micro-unmanned aerial vehicles to loiter over a battlefield and gather COMINT, but warned that the signal-to-noise ratio “will be terrible” because the narrow EHF beam width makes it difficult to tease out these transmissions from the prevailing electromagnetic environment.

High-powered broad-spectrum jamming across large parts of the EHF wavebands could offer a potential means of jamming, Stupples noted, although once active jamming starts the unit performing the jamming announces its presence and location to its adversaries. Another solution could be to use chaff cut to jam a wide array of EHF wavelengths. This could be dispersed over the battlefield using mortar shells, he continued. Chaff cut to fine measurements would be light enough to loiter in the air for some time before drifting to earth, prolonging the jamming.

James added that, “from an electronic attack perspective, if you wish to ‘jam’ a system operating in EHF, you still need to push enough noise energy into the receiver to lower the signal-to-noise ratio to a point that the receiver cannot interpret the wanted signal” from the prevailing noise. This could also have consequences for battlefield mobility. “It means that you need to use a high-power amplifier and high-gain transmit antenna [to jam EHF], which substantially reduces portability,” James said. On the other side, of course, it can be especially difficult to be mobile with EHF communications because of the directional antennae required.

The EW community still has time to develop a riposte to EHF employment for battlefield communications. “These don’t exist yet,” Stupples noted, “but the technology does and EHF communications deployment is only a matter of time.” He said the Technology Readiness Level for such communications is likely between seven and eight, meaning that systems demonstrating the principles have been developed. Nevertheless, EHF tactical communications can be expected to soon move from the development stage onto the battlefield. 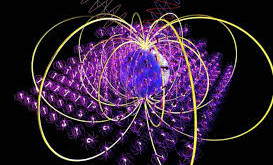 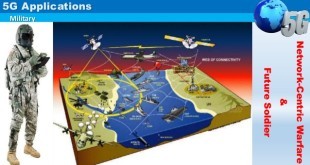