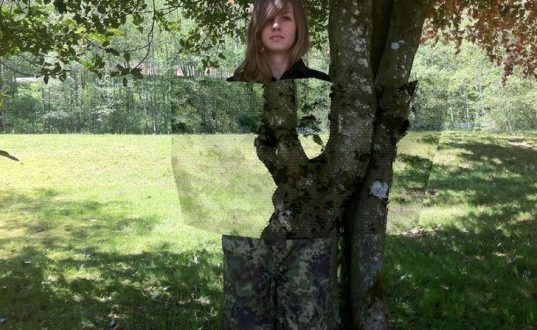 Quantum technologies exploit the fundamental laws of nature to reach the ultimate limits of sensing, imaging, communications and computing; in short, enabling leaps in the precision, accuracy and speed of technology. They are diverse, complex, and generally early in technical readiness and demand new ways of thinking about the employment and exploitation of technology. Their true capabilities, limitations and most disruptive applications are still being discovered.

Yet many scientists believe that quantum will enjoy its first real commercial success in sensing. That’s because sensing can take advantage of the very characteristic that makes building a quantum computer so difficult: the extraordinary sensitivity of quantum states to the environment. Quantum Sensors could be  transformative, enabling autonomous vehicles that can “see” around corners, underwater navigation systems, early-warning systems for volcanic activity and earthquakes, and portable scanners that monitor a person’s brain activity during daily life.

Sensors, in particular, far more accurate gravity sensors, able to detect hidden objects or voids below ground. Applications to navigation, particularly  places where GNSS is not available, and to provide resilience against loss or jamming of GNSS.  Quantum imaging, able to detect gases, detect objects round corners. through buildings, fog, smoke or dust, or build images with very low light.

Defence and national security are likely to be among the first domains to adopt these emerging technologies: particularly quantum-enabled clocks, quantum navigators, quantum gravity sensors and quantum imaging. There are important potential applications, but this needs to be tempered by the fact that many quantum technologies are either still at a theoretical stage, or are still in early development.

Militaries are now looking for camouflage and stealth solutions that can protect them from these quantum sensors.

Future Land Warfare Branch is progressing quantum technology concept development as an emerging technology area which has the potential to provide an advantage to the joint force in the future operating environment.

Line of Effort (LoE) 1 and LoE 2 of the Army Quantum Technology Roadmap (AQTR) aim to establish a sovereign quantum innovation ecosystem focussed on the land domain and to rapidly identify the most disruptive and advantageous applications of quantum technologies in the land domain, respectively. Execution of both of these LoEs requires Army to engage directly with the Australian quantum technology community in order to build awareness of Army’s interests and intentions, build networks, workshop ideas and proposals, challenge the community to test technologies and identify applications, and stimulate the growth of a sovereign quantum industry.

A key initiative of the Roadmap is a regular series of Quantum Technology Challenges that aim to rapidly identify the most disruptive and advantageous applications of quantum technologies for the land domain. Army conducted the inaugural Challenge (QTC21) in Brisbane in April 2021. QTC21 saw teams of Australia’s world-leading quantum scientists and engineers compete to show how quantum technologies could image subterranean structures and materiel, optimise last-mile resupply logistics and deny quantum secure communications.

The army is seeking Australia’s next generation of Quantum Technologists for Quantum Next Generation 2021: Quantum Camouflage. The QNG21 challenge is to invent a means to conceal our soldiers from the looming threat of detection by ultra-precise quantum sensors. Specifically, countermeasure technologies that interfere with adversarial quantum magnetometers that are seeking to detect the magnetic signatures of Army’s equipment, vehicles, weapons etc.

This threat posed by quantum magnetometers was identified by the subterranean challenge of the Quantum Technology Challenge 2021 (QTC21). There, teams employed prototype quantum magnetometers to perform a range of detection demonstrations, including rifle-sized objects passing through sewer-like tunnels and armored vehicle-sized objects passing through 85 m deep reinforced tunnels. Whilst significant work is still required to refine, miniaturize and harden these prototypes so that they may be integrated into deployable sensor systems (such as ground-based arrays and UXVs), their demonstration at QTC21 established the capabilities of this new technology and its implications for future land warfare.

“In devising your solution, you should specifically target one or more quantum magnetometer technologies. Examples include atomic vapour cells and diamond nitrogen-vacancy centres. You should clearly explain how your solution targets your chosen quantum magnetometer(s). Solutions that reduce the apparent (as detected by the magnetometer) magnetic signatures of the friendly forces to the level of the apparent geomagnetic background will be preferred over solutions that seek to conceal the forces by adding larger or decoy magnetic sources. Non-destructive interference with the enemy magnetometers is permissible. Size, weight and power considerations are important: how practical will your solution be for a dismounted and/ or a vehicle-mounted force to deploy and power?

Consider a range of environments and force types and sizes. Environments can range from electromagnetically simple rural environments to electromagnetically complex urban environments. Friendly forces can range from dismounted units with small magnetic objects (e.g. small arms, munitions etc) to mounted units with large magnetic objectives (e.g. armoured vehicles, artillery etc). The smallest relevant force will occupy an area of at least 150×150 m and contain at least four elements. Your solution does not need to address all environments and force types and sizes. Rather, you should clearly describe what range of combinations your solution can address.”