In Oct 2020,  the Department of Defense announced it has awarded over $197 million to advance microelectronics technology and strengthen the American microelectronics industrial base. This critical industry will underpin the development of other Department of Defense technology priorities such as artificial intelligence, 5G communications, quantum computing, and autonomous vehicles.

“The microelectronics industry is at the root of our nation’s economic strength, national security, and technological standing. Today’s awards support the Department’s mission to promote microelectronics supply chain security and accelerate U.S. development of the very best in circuit design, manufacturing, and packaging. It’s critical for the DOD and American industry to work together in meaningful partnerships to ensure the United States leads the world in microelectronics far into the future,” said Michael Kratsios, Acting Under Secretary of Defense for Research and Engineering.

A group of companies was headed by Microsoft previously to develop the design capabilities that could achieve the DoD’s mission priorities. This step was the first component of their new collaborative project.

In the second phase, they will develop custom integrated chips and System on a Chip (SoC) with “lower power consumption, improved performance, reduced physical size, and improved reliability for application in DoD systems.”

Under the RAMP Program, Synopsys will help secure IC devices and the integrated circuit design environment at large. It will also supply a tool flow and IP repository under DARPA that helps designers create ICs with further resistance to attacks.

“Rapid, secure and assured prototypes are a critical need for modern systems,” said Deirdre Hanford, chief security officer at Synopsys. “Synopsys is committed to delivering design and manufacturing solutions that enable development of systems created with security in mind which are needed for the next generation of critical infrastructure, including autonomous vehicles, 5G network equipment, edge AI platforms and hyperscale computing.”

“Through this integration on the RAMP program, Synopsys’ trusted design, verification and silicon IP solutions will be available in Microsoft Azure,” said Mujtaba Hamid, Head of Silicon & Electronics Industry, Microsoft. “This will allow designers to securely build state-of-the-art silicon devices in a confidential cloud environment.”

Intel to develop foundary for RAMP

The U.S. Department of Defense, through the NSTXL consortium-based S2MARTS OTA, has awarded Intel an agreement to provide commercial foundry services in the first phase of its multi-phase Rapid Assured Microelectronics Prototypes – Commercial (RAMP-C) program. The RAMP-C program was created to facilitate the use of a U.S.-based commercial semiconductor foundry ecosystem to fabricate the assured leading-edge custom and integrated circuits and commercial products required for critical Department of Defense systems. Intel Foundry Services, Intel’s dedicated foundry business launched this year, will lead the work.

The U.S. Department of Defense (DOD) has recently sought to diversify its approach to securing advanced microprocessors by leveraging commercially available technologies developed by U.S. companies. Other than Intel, the majority of U.S.-based chip designers are fabless, which means they design and sell integrated circuits that are fabricated by contract manufacturers called foundries. Today, more than 80 percent of leading-edge manufacturing capacity is concentrated in Asia, leaving the DOD with limited onshore access to foundry technology capable of meeting the country’s long-term needs for secure microelectronics. The RAMP-C program was created to facilitate the use of a commercially viable onshore foundry ecosystem that will ensure DOD access to leading-edge technology, while allowing the defense industrial base to leverage the benefits of high-volume semiconductor manufacturing and design infrastructure of commercial partners like Intel.

Intel Foundry Services will partner with industry leaders, including IBM, Cadence, Synopsys and others, to support the U.S. government’s needs for designing and manufacturing assured integrated circuits by establishing and demonstrating a semiconductor IP ecosystem to develop and fabricate test chips on Intel 18A, Intel’s most advanced process technology.

“The RAMP-C program will enable both commercial foundry customers and the Department of Defense to take advantage of Intel’s significant investments in leading-edge process technologies,” said Randhir Thakur, Intel Foundry Services president. “Along with our customers and ecosystem partners, including IBM, Cadence, Synopsys and others, we will help bolster the domestic semiconductor supply chain and ensure the United States maintains leadership in both R&D and advanced manufacturing. We look forward to a long-term collaboration with the U.S. government as we deliver RAMP-C program milestones.”

Still, it is known that the chips will comprise mission-critical applications, with cloud, AI, and machine learning-enabled automation, security, and quantifiable assurance. It was further stated that the Navy and Air Force both desire to leverage commercial capabilities to develop a RAMP prototype methodology. This means that the government is going to be one of the major users of these new futuristic chips.

The SHIP Phase 2 Other Transaction awards totaling $172.7M will be awarded to Intel Federal and Qorvo to develop and demonstrate a novel approach towards measurably secure, heterogeneous integration and test of advanced packaging solutions.

The SHIP program enables the U.S. government to access Intel’s U.S. advanced semiconductor packaging capabilities with the goal of developing new approaches toward measurably secure, heterogeneous integration and test of advanced packaging solutions. SHIP will develop the capability to use advanced commercial technology to package and test the integrated circuits designed in RAMP and fabricated through RAMP-C.

In August 2021, Ellen Lord, former Undersecretary of Defense for Acquisition and Sustainment asserted that the DoD could no longer ensure that “backdoors, malicious code or data exfiltration commands aren’t embedded in our code.” Lord added that it is essential to identify a way to ensure all components are clean regardless of where they come from, establishing a path to a domestic source of resilient, state-of-the-art microelectronics.

These awards highlight how the Department is moving towards a new quantifiable assurance strategy that will help the DOD quickly and safely build and deploy leading-edge microelectronics technologies. This is a departure from the previous model of security that severely limited our ability to work with leading-edge firms, and demonstrates the Department’s forward-looking approach to promoting security.

The RAMP and SHIP awards also underscore the Department’s commitment to accelerating the nation’s rapid pace of microelectronics innovation through the development of novel manufacturing capabilities and new architectures for chips. 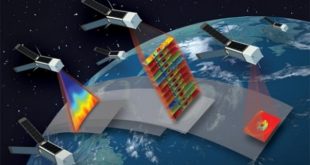 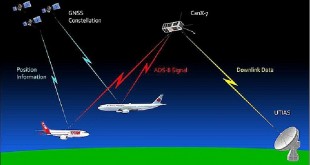 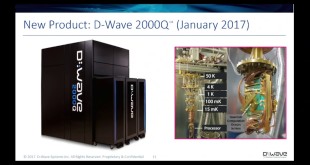 D-Wave is the only company selling  large quantum computers. It sold its first system in …