Electronic Warfare EW, encompasses, in all battle phases, military actions involving the use of EM energy to determine, exploit, reduce or prevent hostile use of EM spectrum and the actions, which retain friendly use of the EM spectrum. EW consists of three related sectors, viz., Electronic Protection (EP), Electronic Attack (EA), and Electronic Support (ES).

ES sensors allow the passive detection of emissions from radar systems and can be used to classify and geo-locate radar systems operated by an adversary. ES is responsible for supplying intelligence and threat recognition that are necessary for EA and EP to function effectively. In the context of radar, ES consists of two divisions: Electronic Intelligence (ELINT), and Electronic Support Measures (ESM). Although ELINT is technically a subset of SIGINT or Signals Intelligence, ELINT specifically deals with radar signals, whereas SIGINT is often associated only with Communication or data link signals.

Communications intelligence (COMINT) is information gathered from the communications of individuals, including telephone conversations, text messages and various types of online interactions.

COMINT efforts seek information about voice, text and signal transmissions and attempts to determine a number of intelligence considerations about them. intelligence, in this context, is information that gives an organization or individual support for making decisions that are intended to provide them with a strategic advantage. The term is often abbreviated as “intel.”

COMINT activities are intended to determine details about the communications such as:

Friendly military communications are also monitored similarly as a part of communications security (COMSEC). While intelligence communities in the U.S. have stated that COMINT is concerned only with foreign entities, the Snowden revelations show very similar tactics used on the country’s own citizens. It was disclosed, for example, that the National Security Agency (NSA) had been gathering the communications and related metadata of private citizens since at least 2001.

Traditionally, COMINT has involved collecting the information within a message (signals internals) as well as the information about a message (signals externals), such as signals type, frequency, duration, emitter location, etc. This was more or less an arrangement of convenience, because the personnel and units who were collecting and recording the signals internals where also capturing the external signal parameters as part of the intelligence process. Before high-data-rate battlefield networks became available, tactical forces relied on intelligence units to collect COMINT and share tactical information (emitter type, location, etc.) about communications emitters in their mission area.

Tactical forces are now connected over more robust data networks, which means lower-echelon units can share information more easily. Secondly, as these data networks began to emerge, these lower echelon forces could operate their own sensor nodes (including comms ESM systems) and share the information with the mission commander quickly. These innovations are helping drive today’s need for smaller comms ESM systems that can be integrated onto tactical UAVs or “ride along” on whatever tactical platforms (tanks, APCs, small boats, etc.) are operating in a local area of interest. The point is that the tactical commander can now see – with more precision and timeliness – what is happening in communications signal environment where his or her forces are operating.

The ability to detect, track and classify hostile communications is a requisite intelligence capability that modern military forces must incorporate into their arsenals. However, legacy Electronic Support Measure/Communications Intelligence (ESM/COMINT) systems are based on traditional antenna arrays and use Angle of Arrival (AOA) or Direction finding (DF) techniques to locate emitters. While these techniques can determine the direction to the emitter, they do not inherently identify its location.

In order to geolocate the target, azimuth measurements must be intersected from multiple sensor platforms, which may impose an unattainable burden on tactical operations. Alternatively, a mobile sensor platform may geolocate the emitter using multiple DF detections, but this process is complex and may not be feasible in the event of short transmissions or a moving transmitter. Furthermore, traditional DF technologies require multiple and complex antennas, which can be challenging if the ESM sensor must be mounted on a compact platform such as an Unmanned Aerial Vehicle (UAV).

The VSA measures an accurate vector to the emitter – a three-dimensional arrow that points directly from the platform to the target. By calculating the point of intersection between this vector and a digital map of the terrain, an accurate geolocation is achieved. In comparison to AOA/DF antenna arrays, the VSA is considerably reduced in size and weight, allowing for installation on smaller platforms that cannot accommodate the legacy technologies.

He adds: “In contrast to traditional COMINT systems, which employ antenna arrays, ComDart is a highly compact system using just a single antenna. As soon as someone presses the push-to-talk button, the system immediately locates them.” He continues, “The ease of deployment and immediate geolocation is the breakthrough. These advances make ComDart the first system with such capabilities and performance to be deployable by tactical forces.”

Researchers have developed a new analog photonic correlator that can be used to locate an object transmitting a radio signal. Because the new correlator is faster than other methods and works with a wide range of radio frequency signals, it could be useful for locating cell phones, signal jammers or a variety of tracking tags.

The new photonic correlator can be used to compute what is known as a cross-correlation function for two signals emitted from one source and detected by two antennas. This measures the similarity of the signals as a function of the displacement of one signal relative to the other and provides information about their relative delay, which can be used to calculate the location of the signal’s source.

“The photonic architecture we developed enables real-time calculation of the cross-correlation function of two input signals for about 200 values of relative delay simultaneously,” said Guillet de Chatellus. “This is much higher than any photonic technique has been able to accomplish so far.”

The correlator works like a photonic processor by using fiber optic components to turn two radio-frequency signals into optical signals. Once the cross-correlation function is calculated, a detection and processing chain enables it to be converted into a digital format.

The most critical component of the new system is a frequency shifting loop, which can generate and manipulate a large number of time-shifted replicas for an input signal. This simple photonic component has enabled many recent innovations in microwave photonics.

“We’ve been developing frequency shifting loops for some time, and a deep understanding of their architecture led us to apply them to this new application,” said Guillet de Chatellus. “This work shows that photonics can offer efficient alternatives to solutions that are based on digital electronics.”

After testing their new device using high-power simple signals, the researchers tested it with more complex signals and then moved to signals propagating through free space and received by a pair of antennas. The researchers were able to demonstrate localization of a radiofrequency transmitter with a precision close to 10 picoseconds for a 100-millisecond integration time. This means that the system could locate an emitter with a precision of about 3 millimeters.

The researchers are also performing experiments to find out if the new photonic correlator can be used to correlate three signals, which would enable 3D localization of transmitters by triangulation. They also plan further work to miniaturize and fully integrate the correlator. 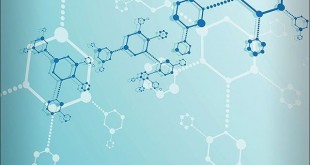