First ever biological amplifier created by Imperial scientists, can assist in rapid detection of Bioterrorism

Rajesh Uppal September 4, 2014 BioScience Comments Off on First ever biological amplifier created by Imperial scientists, can assist in rapid detection of Bioterrorism 663 Views

Scientists from Imperial College London have created a biological amplifier, similar to inbuilt amplifiers in cells of our own bodies, that first detect and then boost biological signals, which are crucial for survival and reproduction.

In the study, scientists first re-engineered genes involved in a special cell network called hrp (hypersensitive response and pathogenicity), which have naturally occurring amplifying proteins that function just like an electronic amplifier. They then cloned these amplifying components and inserted them into the harmless gut bacteria E. coli, fitting it with a synthetic arsenic input sensor and a fluorescent green, protein gene as the output. In laboratory tests, the team’s bio-amplifier was able to significantly boost the detection limit and sensitivity of a sensor designed to detect the toxin arsenic.

The device is also modular, which means that the devices can be easily introduced in different genetic networks, and can potentially be used to increase the sensitivity and accuracy of a broad range of other genetic sensors to detect pathogens and toxins. According to one researcher Dr Baojun Wang, one potential use of this technology would be to deploy swarms of microscopic sensors equipped bio-amplifier component in a water network to detect harmful or dangerous toxins that might be hazardous to our health.

The rapid and sensitive detection of toxic compounds is also of great importance in homeland security for the fight against bioterrorism. Amplifier can enhance the sensitivity of biosensors to rapidly detect and identify biothreat agents. 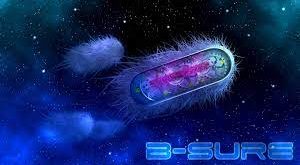