Modern MAVs can be as small as 5 cm the robot hummingbird MAV for a typical example. Compared to larger flying objects such as light planes, MAVs are also much lighter in weight, normally less than 1 kg, and their Reynolds numbers generally range between 100 and 10000 suggesting that they are more easily influenced by flying medium (i.e., air).

Despite their small sizes, MAVs can be classified into three main categories like other normal aircraft, namely the flapping wings, rotorcrafts, and fixed wings. Their flying times are mostly within hours, often powered by various types of batteries. The currently available MAVs are made for hobby purposes such as aerial contests and aerial photography, research purposes, or military applications. They can also be used for observing the traffic patterns in busy traffic lanes to reduce traffic congestion and surveying agricultural lands from the air to get live data on type of crops.

Militaries are now employing Micro, Mini & Nano UAVs into their operations. The Australian Army is planning to equip every combat platoon with PD-100 Black Hornet micro-unmanned aerial vehicles (UAVs) and each combat team with RQ-12 Wasp mini-UAVs, the service’s head of land capability has indicated. The PD-100 is already in use by the Norwegian, British and German Armed Forces. They provide situational awareness to a small group of soldiers by flying several stories above them for 10-20 minutes at a time before placed back into a pocket to recharge. These will be used to carry out tasks in urban environments, such as deliveries, surveillance, and search and rescue.

Aerodynamic design challenges for NAVs are driven by a combination of low Reynolds number physics (<15,000) and the requirement for a multi-functional platform structure. MAV’s and NAV’s have  Reynolds number of less than 100,000 for, which causes the aircraft instabilities and in turn limits the overall control and maneuverability. Due to physical limitations of the low energy efficiency of smaller motors, this is a considerable problem for extremely small aircrafts.

The fixed- and rotary-wing designs usually encounter fundamental challenges in low lift-to-drag ratio and unfavourable flight control when scaling down to insect or small bird size. Biological flapping flight system designs that have been validated through a long period of natural selection offer an alternative paradigm that can be scaled down in size, but normally bring low-speed aerodynamics and flight control challenges in achieving autonomous flight. Thus, mimetics in bioinspired flight systems are expected to be capable to provide with novel mechanisms and breakthrough technologies to dominate the future of MAVs,  write Hao Liu, Sridhar Rav and others from RMIT, Australia

The development of miniaturised avionics, navigation and guidance, power, and payload systems needed for a compact, biologically inspired autonomous air vehicle is complex; and novel approaches, different to those employed on larger unmanned aircraft systems, are required .
Similarly, the aerodynamicist and airframe designer is presented with significant challenges, including the design, development, selection, and/or optimization of

One emerging trend among MAV developers is to draw inspiration from the natural world to design vehicles that can achieve better flight performance and that offer similar levels of controlability to small drones but use the efficiency provided by wings to fly much further. MAVs, with a maximal dimension of 15 cm and nominal flight speeds of around 10 m s−1, normally operate in Reynolds number regimes of 10**4 to 10**5 or lower, in which most flying animals like insects, birds and bats fly.

Flying animals that power and control flight by flapping their wings perform excellent flight stability and manoeuvrability, while steering and manoeuvring by rapidly and continuously varying their wing kinematics. Flying insects are capable of sophisticated, aerodynamic force production and precise, agile manoeuvring, which are achieved through sensorimotor pathways to modulate power output from the steering muscles to the wing.

Inspired by biological flight systems, MAVs have recently shown a remarkable increase, and numerous vehicle designs, including fixed-wing, rotary- and flapping-wing, have been proposed . Fixed-wing vehicles are capable of fast and efficient flight but typically cannot hover. Rotorcraft can hover and more recent multi-rotor aircraft are highly maneuverable but are generally less efficient in forward flight .

Researchers from the University of Southampton designed innovative membrane wings inspired by bats in 2016, paving the way for a new breed of unmanned Micro Air Vehicles (MAVs) that have improved aerodynamic properties, can fly over long distances and are more economical to run. The wings work like artificial muscles, changing shape in response to the forces they experience and have no mechanical parts, making MAVs incorporating them easier to maintain.

The unique design of the wings incorporates electro-active polymers that make the wings stiffen and relax in response to an applied voltage and further enhance their performance. By changing the voltage input, the shape of the electroactive membrane and therefore aerodynamic characteristics can be altered during flight. The proof of concept wing will eventually enable flight over much longer distances than currently possible. The next step is to incorporate the active wings into typical MAV designs, with deployment in real-world applications potentially achievable over the next five years.

Researchers from RMIT University in Australia developed an autonomous fixed-wing micro air-vehicle (MAV) inspired by the way kestrels hover above their prey, in 2015. According to Alex Fisher, lead author of the paper, these birds take advantage of upward air currents to save energy while they’re flying. When they’re hunting, they hover over a location without flapping their wings which allows them to keep their heads still and spot prey on the ground. This technique led the team to try this out on its MAV. “This boost of upward-moving air can be found when the wind hits a large obstacle, like a cliff or mountain range, and to a smaller extent close to man-made obstacles like buildings,” says Fisher.

The researchers used a commercially available polystyrene foam sailplane as their test platform. “We were lucky in a sense that these were lightweight, as it allowed us to test the MAV easily in the field,” says Fisher. “This MAV we chose had a number of advantages, including the ability to fly well in light winds, and large control surfaces making it more nimble in the air.”

The team created a control algorithm and installed it onto a 36 x 26 mm control board interfaced with a GPS and magnetometer. The MAV was then flown at two test locations, near a hill and close to a building. At the hillside location, the MAV was able to gain approximately 360 ft. in height, and could fly autonomously until the control batteries lost power. The test closer to the building proved to be more challenging, as the MAV was only capable of sustaining flight for about 20 seconds. Fisher and the team are now working on ways to mimic the changing arrangement of the wing and feathers on hovering birds to improve the soaring performance of their MAV.

Robobee’ – the tiny drone designed to perch and save energy

For aerial robots, maintaining a high vantage point for an extended time is crucial in many applications. However, available on-board power and mechanical fatigue constrain their flight time, especially for smaller, battery-powered aircraft.  “Micro aerial vehicles run out of energy quickly. They can stay in the air for about 10 to 30 minutes,” said Moritz Alexander Graule, a PhD student at Massachusetts Institute of Technology, who developed the robot while at Harvard University.

The new flying robot, unveiled by Graule and co-authors from the US and Hong Kong, weighs just a tenth of a gram and measures only two centimetres in height. It can attach and detach from the underside of jutting-out surfaces including wood, glass and plant leaves. A foam tube helps with landing and prevents the robot from bouncing off its perch as it touches down. The team used motion tracking cameras to help control the robot, whose approach to landing, they say, was inspired by the honeybee.

Perching on elevated structures is a biologically inspired approach to overcome these limitations. Previous perching robots have required specific material properties for the landing sites, such as surface asperities for spines, or ferromagnetism. “We describe a switchable electroadhesive that enables controlled perching and detachment on nearly any material while requiring approximately three orders of magnitude less power than required to sustain flight.”

Cranfield University’s Professor Rafal Zbikowski — who until recently led UK efforts to replicate insect flight — said that the field now needs the backing of procurement agencies and companies with deep pockets in order to further develop the technology and move it out of the academic research laboratory.

Aerovironment had developed with $4m funding from US defence research agency DARPA, the system mimics the insect-like flight of the hummingbird. With a wingspan of 16cm, it weighs just 19 grams (including flight systems, batteries, motors, communications systems and a video camera). The vehicle is able to fly in any direction and, critically, hover for up to 11 minutes. A number of difficult design and engineering challenges were overcome in the course of the program, particularly in the wing structure, propulsion and control actuators.

As per DARPA, the goal of Nano air vehicle program is “To develop an approximately 10 grams Aircraft, that can hover for extended periods of time, fly forward at speeds up to 10 meters per second, can withstands 2.5 m/sec wind gusts. The final prototype achieves the noteworthy milestone of 2-wing flapping hovering and fast forward flight with all power sources on the aircraft and all controls implemented through modulation of the wing strokes in a shape that resembles a real hummingbird and carries and on-board camera that relays video to the pilot in real time . ‘You have to ask why it hasn’t been commercialised,’ said Prior. ‘It doesn’t fly particularly well in wind gusts and it doesn’t have particularly great endurance.’

U.S. Air Force’s elite research lab is working with Airion Health LLC to prototype a mini air vehicle that can imitate either insect or bird flight and has the ability to change velocity without the support of a high-powered computer, according to a service release. The microdrone could be used for surveillance in the field or over military bases; or to stake out targets before personnel or other aircraft get to the battlefield. The latter mission has become a major focus for the Defense Department as it plans for a future conflict with a near-peer competitor.

Together with the Air Force Research Lab, Airion — a specialty company leveraging innovative and rapid prototyping solutions for both private industry and the U.S. military — will develop a workable “micro air vehicle,” or MAV, by early 2022, the release states. The service signed a non-exclusive patent license agreement, or PLA, with Airion for the licensing of the government-owned invention in January 2021.

That doesn’t mean service officials will have the microdrone in hand at that time, said Joshua Laravie, the Technology Transfer Specialist and Domestic Alliance Program Manager for AFRL’s Aerospace Systems Directorate. “This milestone is meant to illustrate and prove that Airion is making progress toward meeting the revenue goals required later in the license,” he said in an email Thursday. 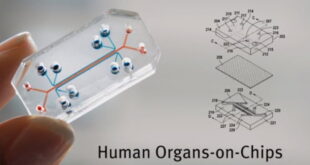 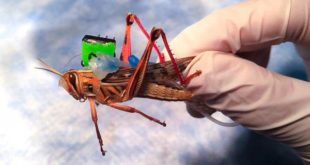 Throughout history animals have accompanied men into combat as modes of transport and communication, protectors and companions. …