In Feb 2018, a horrific school shooting in Parkland, Florida, that killed 17 people . Nikolas Cruz, 19, told police he was responsible for the shooting and added that he hid extra ammunition in his backpack and shot students in the hallways and on school grounds, Broward County Sheriff Scott Israel said.

For every U.S. soldier killed in Afghanistan during 11 years of war, at least 13 children were shot and killed in America. A News21 investigation of child and youth deaths in America between 2002 and 2012 found that at least 28,000 children and teens 19-years-old and younger were killed with guns. More than 450 kids didn’t make it to kindergarten. Another 2,700 or more were killed by a firearm before they could sit behind the wheel of a car. Every day, on average, seven children were shot dead.

One of the technology that has been touted is smart gun technology. Smart guns use technology to identify their owners and prevent their use by anybody else. The technology has been around for years — most smart gun prototypes use either biometrics or radio waves. While smart would not stop mass shootings by killers like the one in Florida who buy their guns legally. But preventing people from shooting guns that they don’t own would reduce all sorts of violence, from suicides to accidental shootings by children to gun crimes that rely on stolen weapons.

Smart guns are designed to prevent children from accidentally discharging weapons and endangering themselves and others. The technology would also render stolen guns useless and, given that hundreds of thousands of guns are stolen every year, could eliminate a major public safety threat.

More than 1,100 children and teens were killed by a gun that accidentally discharged according to Kate Murphy and Jordan Rubio of Gun Wars . “Smart” or “personalized” guns, relies on biometric, magnetic, or radio frequency identification to ensure that a gun can only be fired by its owner.

Smart gun models are not commercially available, but a series of products are reportedly on the cusp of widespread availability. To accelerate their development, a group of Silicon Valley investors has announced a challenge grant of one million dollars for entrepreneurs to develop a marketable smart gun.

Biofire Technologies, which is poised to put its first smart gun on the market that can only be activated by its owner’s fingerprints.

Omer Kiyani, meanwhile, is CEO of Sentinl, which manufactures a small gun lock that requires a fingerprint to access the trigger. He has utilized fingerprint sensors of Apple’s iPhone 5S, which are reliable and approved by FBI.

However the important criteria for acceptance is speed and reliability. If Biometrics take a while to analyze and people don’t have that five seconds or ten seconds in a situation where they need to use the weapon. Similarly it should operate even if finger is wet or slightly misaligned.

Alan Boinus, CEO of Allied Biometrix, a Los Angeles-based company that’s commercializing “smart gun” technology developed by the New Jersey Institute of Technology that can recognize a particular person’s grip pattern profile and detect if an authorized user is handling a gun.

Effective smart gun technology has the potential to limit unintentional shootings. One was Robert McNamara, CEO of TriggerSmart, an Ireland-based startup that is using RFID technology to unlock guns and prevent children from accidentally firing a weapon. McNamara has come up with a prototype product but has yet to work with gun manufacturers, which is ultimately the goal for his company.

German company Armatix has also created a pistol that leverages RFID, which in its case is paired with a watch worn by the user.  Armatix iP1  looks like other basic .22 LR caliber handgun with a 10 round magazine. But unlike all the other handguns  the Armatix iP1 comes with a wristwatch. And unless the person who handles that firearm also wears the accompanying wristwatch, the weapon will not fire.

Smart gun technology has not yet been perfected, due no doubt in part to the almost total lack of investment in the technology. Recently, a hacker calling himself “Plore” succeeded in exposing security vulnerabilities of the Armatix model iP1 by extending the range of the watch’s radio signal and even disabling the locking mechanism with $15 worth of magnets. New Jersey Attorney General’s office ruled out of the “personalized handgun” designation the Armatix pistol once considered by Raymond. Their reasoning: Someone other than the intended user could still fire the weapon if they were close enough to the RFID chip, making the gun not so smart after all.

iGun’s product uses magnetic spectrum tag technology, similar in function to RFID. And like TriggerSmart’s technology, it’s embedded in a ring. If you’re not wearing it, you can’t fire the gun.

PATSCAN Cognitive Microwave Radar (CMR)  is a first-of-its-kind covert primary radar screening device and software solution for the detection of on-body concealed weapons at key access points of weapons-restricted buildings and facilities. PATSCAN is an easily concealed, cost-effective and non-invasive full body scanning technology that is proven, practical and safe.

The device relies on a combination of radar and machine learning to find concealed guns, knives, and bombs and small enough to be  hidden in walls, counters, and other parts of the architecture. It sends out a pulse of microwave energy that causes objects to resonate with a distinct signature. The device then uses an algorithm to interpret the signal, and sends a message. That message, for example, could look like this: “This object is 94 percent likely to be a handgun.” PATSCAN`s patent-pending Cognitive Microwave Radar employs a network-wide ability to “learn” and adapt to new threats as “signature” patterns are identified. Pattern updates are transmitted network-wide offering an ever increasing signature library.

PATSCAN CMR is the world’s most advanced technology for covert screening and detection of concealed weapons. CMR identifies threats by database comparison of known weapons profiles, and by detection of concealed irregular object mass. Unlike millimeter wave units in use currently, the CMR is far less expensive, easily concealed, and utilizes a single scan for detection, as compared to the numerous scans required by large, expensive and manned static installations.

Martin Cronin, CEO of Patriot One Technology, who designed the sensors, said that this technology is a step above traditional airport metal detectors, which detect all metal, including non-threatening items like belt buckles or cell phones. But Cronin said that, aside from an occasional new object, like a prosthetic limb or obscure tool, the microwave scanners detect and identify specific weapons at a high accuracy.

Still, Cronin said there isn’t one single answer to reducing gun deaths. “It takes a combination of good policy, good practice and public safety coupled with smart technologies and intervention measures in the public health system,” he said.

Debate on weather Smart guns shall lead to less deaths

In 2016, a Johns Hopkins Center for Gun Policy and Research study found that 59 percent of Americans in the market for a handgun were willing to buy a smart gun. Stephen Teret, public health researcher and co-author on the study, sees in smart guns a possibility for reducing gun deaths. “I feel a high level of certainty that there will be a substantial number of lives saved,” he said.

His colleague at the center, Daniel Webster, questions whether smart technology will reduce gun deaths. The study, Webster said, showed two things: that the willingness to buy a smart gun was lower among gun owners than those that don’t own guns and that most people interested in buying smart guns already practice gun safety by locking guns in a safe place or keeping ammunition separate.

Safe technology, Webster said, will make owning a gun more appealing to people who are not already gun owners, which could lead to more suicides. In other words, Webster believes that smart guns could counterintuitively result in more, not fewer, gun deaths.

“The gun lobby continues to resist smart guns, fearing that once even a single smart gun is on the market, other guns will be banned and for the time being the technology remains largely in the hands of developers, not gun owners,” according to report “Innocents Lost” . Further refinement of smart gun technology may be required before it is widely accepted by gun owners, but this development should be encouraged, and efforts to make guns commercially available should be accelerated. 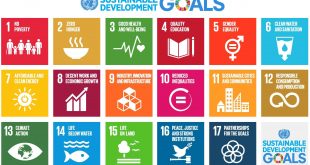