Today’s terrorist landscape is more fluid and complex than ever and the threat landscape is less predictable. The United States and our allies face an increasingly complex terrorist landscape, populated by a diverse array of actors employing new technologies and tactics to advance their agendas. The terrorist threat to the United States is growing more dynamic and diffuse as an increasing number of groups, networks, and individuals exploit global trends, including the emergence of more secure modes of communications, the expansion of social and mass media, and persistent instability across several regions. It is fair to say that we face more threats originating in more places and involving more individuals than we have at any time in the last fourteen years, said Nick Rasmussen, Director Counterterrorism Center .

Apart from superior technologies and tactics, there is also need to provide your security staff adequate training in them.  Training Program gives your security staff the hands on training and procedural skills they need to respond to every possible terror scenario. Formal training in the recognition of firearms and explosives; actions to take on discovering a suspicious package in the mail room or in the lobby area; setting and coordinating evacuation plans and liaison with the emergency services are all important aspects of training.

To ensure that we are doing this efficiently and effectively, we address three elements concurrently. First, we ensure that we consistently improve the realism and the relevance of training for contemporary, full spectrum operations, said Commander of the Canadian Army Doctrine & Training Centre, Major General Stephen Cadden.

Second, we look to reduce the cost of training where possible so that funds can be constantly reinvested into other training platforms or systems of tomorrow. Third, we assist in the introduction of new systems and scenarios that will allow us to be ready for the battlefield of the future

With the number of terrorist-related incidents increasing, and the method of attacks evolving, regular proactive training that responds to these changing threats is becoming a necessity. Virtual reality helps to bridge this gap by providing a cost-effective and rapid training solution, and it is being used across the world from New Zealand to Singapore.

The Singapore Police the SPF’s marquee event  showcased its efforts to leverage technology and evolve into a smart force. One of the technologies was mannequin that can help trainees to improve their techniques in police defence tactics by using sensors to measure the strength and location of each strike.

The AUGGMED (Automated Serious Game Scenario Generator for Mixed Reality Training) project has developed an online multi-user training platform for joint first responder and counter-terrorism training. Virtual reality allows trainees to perform exercises within virtual reconstructions of the real world while interacting with virtual civilians and terrorists. However, augmented reality allows trainees to see and interact with virtual terrorists and civilians within the real world. Both technologies enable trainees to improve their decision making and gives them experience of performing within stressful situations.

In March 2018, security officers with the Piraeus Port Authority in Greece used AUGGMED to train for potential terrorist-related threats. Using augmented reality, on-site trainees in Piraeus worked alongside other trainees working remotely who were experiencing and responding to the same scenario through virtual reality. Together they had to effectively respond to a terrorist incident. This meant they had to assess the nature of the incident, before ensuring the safety of nearby civilians and neutralising the threat.

Trainees from multiple agencies can train simultaneously and this enables collaborative training between different disciplines, such as the police force, security personnel and paramedics. AUGGMED has been used to improve emergency service work across Europe and has been used by British police officers for critical incident response training.

In the future, the use of modern technologies to improve and augment existing practices will become commonplace. While digital learning has begun the move from standard classroom-based training to the digital landscape, virtual reality won’t be far behind to supplement real world scenario training thanks to its cost effectiveness and proven benefits to learning and knowledge retention.

Serious games and virtual reality will one day be ubiquitous within training packages. But before then, the benefits of these technologies need to be explored and discussed further, because they hold remarkable potential. 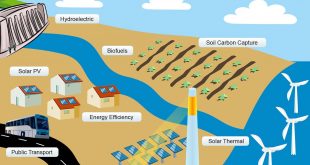