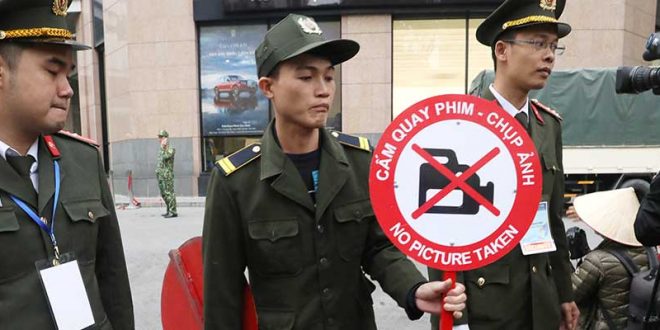 Authoritarianism is a form of government characterized by the rejection of political plurality, the use of strong central power to preserve the political status quo, and reductions in the rule of law, separation of powers, and democratic voting. Authoritarian states might contain nominally democratic institutions such as political parties, legislatures, and elections which are managed to entrench authoritarian rule and can feature fraudulent, non-competitive elections.

According to a 2019 study by Sergei Guriev and Daniel Treisman, authoritarian regimes have over time become less reliant on violence and mass repression to maintain control. The study shows instead that authoritarians have increasingly resorted to manipulation of information as a means of control. Authoritarians increasingly seek to create an appearance of good performance, conceal state repression, and imitate democracy.

Rulers looking to consolidate power are using digital technologies more than ever before to surveil, censor, and suppress their people. It was reported that Moscow is weaving artificial intelligence (AI) into its city surveillance system. Digital technologies are providing nations such as China—infamous for the surveillance of its own citizens—new tools for censorship. Rather than maintaining a relatively laissez-faire attitude around Internet governance and online content, autocrats have upheld the notion of “cyber sovereignty”—state control of the Internet as an element of a state’s right to self-governance within its sovereign borders. In 2000, the Chinese state initiated the Golden Shield Project to this end, aimed at bolstering police control, responsiveness, and crime-fighting.

The mass media in North Korea is amongst the most strictly controlled in the world. The constitution nominally provides for freedom of speech and the press. However, the government prohibits the exercise of these rights in coming in and out of the country but seeks to mold information at its source. The measures range from death sentences and imprisonment for watching banned media, to sealing off the country’s domestic mobile network from foreign tourists visiting the country.

As Martyn Williams notes in his report: “The entire infrastructure is State-run and the security services are heavily integrated in the running of the telecommunications network.” Everything is monitored by a state agency called Bureau 27, or the Transmission Surveillance Bureau. According to Williams, North Korean phones run on Android, the open-source mobile software. Engineers have modified the software to include a background program called “Red Flag”, which spies on everything a user does and takes screenshots at random intervals to capture their activity. Those screenshots are recorded on a database called “Trace Viewer.”

In a new challenge to Russia, China, and North Korea (among others), the US Defense Advanced Research Projects Agency (DARPA) published an invitation to propose research that sheds light on ways in which totalitarian regimes control the transfer of information, and thus act against them. The research will be carried out under a program called MICE, which stands for Measuring the Information Control Environment.

DARPA, launched a program called Measuring the Information Control Environment, or MICE in June 2021, with the aim to develop artificial intelligence technology to “measure how digitally authoritarian regimes repress their populations at scale over the internet via censorship, blocking, or throttling,” according to a June 1 post on SAM.gov.

“MICE-developed technology will continuously and automatically update and feed into easily-understood dashboards in order to develop comprehensive, real-time ground truth understanding of how countries conduct domestic information control,” the post reads. Right now, according to DARPA, censorship measurement techniques are insufficient because they aren’t comprehensive, persistent, and presentable. Under MICE, performers will build open-source prototypes in two phases with an eye toward addressing these deficiencies, according to a document outlining the program.

Such a capability would enable the Defense Department to bolster efforts to combat repression in cyberspace, according to the document. DARPA listed six topics proposals must address:

The proposals must detail how and in which environments they will monitor information control, and explain how government and civilian agencies interested in the freedom of the internet could use technology that will be developed for these purposes. Proposals will be accepted until the end of June, and the winners will receive up to $1 million for development of the project.

@Rajesh Uppal@idstch
Previous DARPA AWE to provide Drinking Water extracted from Air , on Demand to soldiers in battlefield
Next New Satellite test facilities required due to large Commercial and Military thrust on Microsatellites and Nanosatellites