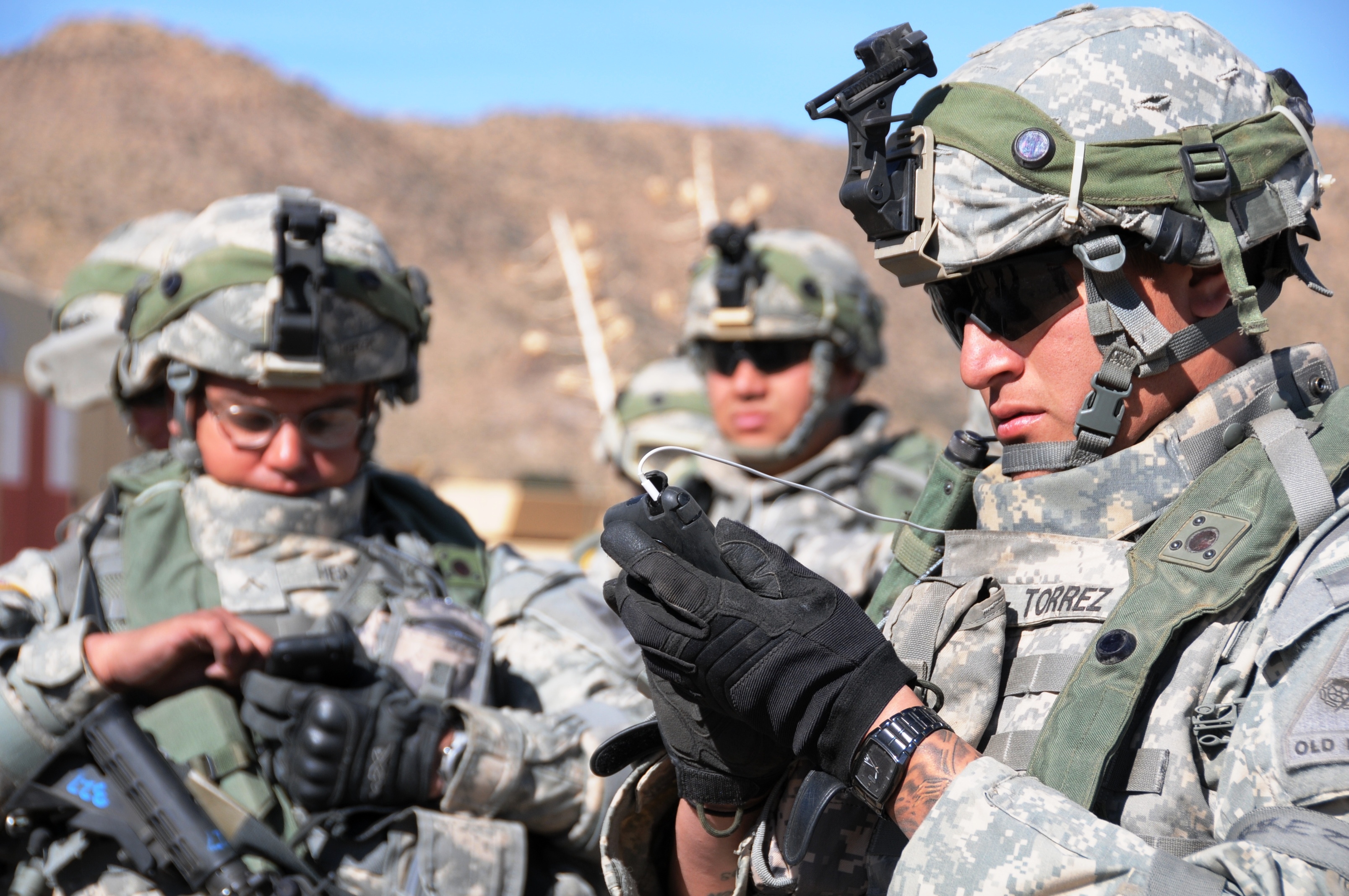 The Network enables the mission command warfighting function – allowing leaders to understand, visualize, describe, direct, lead and assess to accomplish Unified Land Operations. US Army vision is for “A network that is secure, integrated, standards-based, which ensures uninterrupted global access and enables collaboration and decisive action throughout all operational phases across all environments.” Achieving this vision demands a fully coordinated and synchronized approach across the community.

CIO Lt. Gen. Robert Ferrell floated software-defined networking and “self-healing” networks as types of capabilities the Army might explore. Ferrell made clear why more strategizing is needed. “Right now, we have so many disparate networks” and “too many vulnerabilities, too many backdoors that can get into our enterprise,” he said. “When you talk about the cyber threat, we can’t even see ourselves.”

By 2040, the Army will have implemented a software-defined data center (SDDC) architecture, where all infrastructure components are virtualized and delivered as a service. Control of the data center is fully automated by software, meaning component configuration is maintained through intelligent software systems. The outcome will be a network that can adapt to mission needs, as well as to underlying changes in the operating environment.

The technology is engineered to empower soldiers and commanders in battle to make faster, more-informed combat-relevant decisions by virtue of having an ability to transmit and receive voice, video and data across the force in real-time – while on the move. For instance, commanders using WIN-T Inc. 2 can view updated moving digital maps showing terrain along with friendly and enemy force positions while moving. Users can pull up timely information from an intelligence system called TIGR – Tactical Ground Reporting System – which provides updated intelligence such as maps showing insurgent or roadside bomb locations and incident reports from certain high-risk locations. TIGR and other Battle Command functions such as artillery fires, airspace de-confliction or a combat mapping technology called Command Post of the Future are designed to operate seamlessly between commanders and convoys in transit and large display screens viewed by leaders at fixed or static command posts.

WIN-T Inc 2 employs satellite communication OTM to extend the network in maneuver Brigade Combat Teams to Company-level. Using equipment mounted on combat platforms, WIN-T Inc 2 delivers a mobile capability that reduces reliance on fixed infrastructure and allows key leaders to move on the battlefield while retaining situational awareness and mission command capabilities. Using the Highband Networking Radio, with the Highband Networking Waveform and high performance antennas, the WIN-T Inc 2 line-of-sight network offers an adaptive 30 Megabit per second aggregate throughput to key leaders in their Command Post or in their vehicle.

The WIN-T Inc 2 network is self-forming, which means that it automatically creates transmission paths based on
terrain and environmental conditions; and self-healing, meaning that the paths will automatically re-route traffic to complete network transactions and calls even if one or more nodes break down or lose connectivity. This offers greater network reliability and better end-to-end connectivity than traditional point-to-point networks.

WIN-T Inc 2 introduces the network management capability needed to keep the mobile and dispersed forces networked through automated planning, initialization, monitoring, and troubleshooting. Finally, WIN-T Inc 2 adopts “Colorless Core” technology that encrypts both classified and unclassified user information in the network and minimizes the number of users on the “core” of the network. The Colorless Core allows commanders to utilize the tactical network without fear of the enemy intercepting information. Colorless Core is a technical insertion in the WIN-T Inc 1b network which enables information sharing between WIN-T Inc 1b and WIN-T Inc 2. WIN-T Inc 3 developed NetOps software and NetCentric Waveform updates will be inserted into WIN-T Inc 2 equipped units.

The Army network is a critical enabler in provisioning leaner, more lethal, expeditionary and agile teams that have more combat power. Army users expect to access a network that delivers at the point of need. The network must span all Army operations, from the garrison to the most forward-deployed Soldier at the tactical edge. It must enable command posts to be expeditionary, agile, modular, scalable and responsive by arming them with the information they need to execute decisive actions anytime, anywhere, using any device.

The future network leverages the capacity, security and resilience of the enterprise network to fully support end-to-end connectivity. The Army will align with the Joint Information Environment to bring even greater network capability and interoperability that would not be possible for an individual Service. The ANCP is the overarching “game plan” that drives the Army’s focus and unifies the team effort to optimize operational effectiveness and improve network and information security while achieving increased efficiencies.

Army Network Campaign Plan(ANCP) is a strategy, which stretches through fiscal 2021 and has five broad goals:

1. Align signals capabilities to support all Army missions.
2. Boost cybersecurity capabilities, in part by establishing a series of cyber protection teams.
3. Strengthen the Army’s underlying IT infrastructure by increasing throughput, among other measures.
4. Make better use of IT at the edge of Army networks by taking advantage of tools such as data consolidation and voice over IP.
5. Strengthen network operations by, for example, “flattening” the IT architecture to give network operators greater visibility.

The near-term guidance focuses on execution-level activities and reflects the realities of Army mission obligations, acquisition planning and resourcing. In the near-term plan, the Army will upgrade its Multiprotocol Label Switching, eliminate duplicate legacy systems to reduce the “attack surface” of Army networks and consolidate data centers to help move toward the cloud.

Multi-Protocol Label Switching will enable a virtual “traffic management system that moves data faster, improves command and control, and prioritizes and streamlines data flow, significantly reducing the chances of data being stalled or lost due to high volume and congestion,” according to DISA. This is a step toward the realization of the colossal concept of connecting the entirety of the Defense Department’s network system under the Joint Information.

Cloud Computing Strategy
Army has published a new cloud computing strategy. The Army has clear reasons for moving to the cloud. “Transitioning to cloud-based solutions and services advances the Army’s long-term objective to reduce our ownership, operation and sustainment of hardware and other commoditized information technology (IT),” Army CIO Lt. Gen. Robert Ferrell wrote in the Cloud Computing Strategy. “Procuring these as services will allow the Army to focus resources more effectively to meet evolving mission needs.”
Cloud eventually will improve IT efficiency, network security and interoperability with the other military services and coalition partners, Ferrell wrote, while allowing the Army to more quickly adopt new technologies.

The Army’s consolidation of data centers is part of a larger cost-cutting mandate across the Defense Department. The Army is starting to see cost savings from terminating apps no longer in use and still on computers and servers, said Neal Shelley, chief of the Army Data Center Consolidation Division. Consolidating apps into centralized data centers in the cloud — hosted by the Defense Information Systems Agency or commercially — is also increasing efficiencies.

Ferrell said the Army was about 55 percent through with its data center consolidation and is at a crucial juncture as it finishes a pilot project at one of its largest facilities, the Redstone Core Data Center in Alabama. Redstone houses more than 11,000 applications, and Ferrell said deciding which ones to leave in place, move or disable will shape the Army’s work in the field.

Scrum is one of the most widely-used flavors of Agile, mostly applied to software development …