Military trucks are designed to carry personnel, equipment and supplies to support operations. Military trucks come in different sizes and with diverse capabilities. They range from adapted commercial trucks to purpose-built heavy tactical vehicles tailored for a wide range of applications. Operating military trucks in challenging and dangerous environments requires integrating advanced capabilities and technologies into the vehicles.

With the age of the US Army’s fleet of vehicles beginning to hamper operations, development was begun on the Future Tactical Truck System, an ambitious replacement program to keep the United States military on the cutting edge of battlefield technology. According to a “Future Operational Concept” laid out in the service’s presentation to industry, the truck will long-haul and local-haul roles transporting cargo across a conflict zone, including deep into the battlefield.

The Future Tactical Truck System was designed to update the Army’s vehicles with cutting edge designs. The program was first officially outlined in 2003 with the creation of an Operational Requirements Document. The chief goal of the new program was to replace entirely a broad range of existing Army vehicles.

The new trucks would also offer improved operational performance. One of the main advantages would be speed. In addition to the logistical difficulties of coordinating many different types of vehicles, the FTTS would allow for quicker, easier deployment from C-130 cargo planes used to transport and deploy Army assets abroad.

Among these are the Humvee and HEMTT, but several other groups of vehicles were included. Also intended to be replaced by the Future Tactical Truck System was the FMTV (Family of Medium Tactical Vehicles, an entire range of trucks based on a common chassis but featuring a variety of specific modifications dependent on mission requirements), most of the Army’s Palletized Load System (used primarily for freight transport and resupply missions), and all M35, M809, and M939 trucks.

The program delivered two designs, the Future Tactical Truck System Utility Vehicle (FTTS-UV) and Maneouvre Sustainment Vehicle (FTTS-MSV). By 2007, five models were produced, three FTTS-UVs and two FTTS-MSVs, by three different companies. According to the Army, the cost of the project, including production of these models and the research and development involved along the way, amounted to $60,000,000.

The FTTS would replace these with just two modular designs, a Utility Vehicle and a Maneouvre Sustainment Vehicle. This would significantly improve logistics by streamlining the Army’s inventory, simplifying repair and maintenance needs as well as necessary training. The FTTS would also offer significantly improved fuel economy. Aside from the financial cost of fuel inefficiency, this was critical, as Army Recognition reports, because experts had determined that 70% of battlefield logistics revolves around providing fuel.

Despite the capabilities of the new vehicles, the Future Tactical Truck System never went into production. The goal of replacing almost every vehicle in the Army inventory was perhaps too ambitious, and cost might ultimately have been prohibitive as it so often is.

In 2021, The US Army released its draft requirements for the Common Tactical truck (CTT) – formerly Next-gen Future Truck. The army suggested in a recent industry notice that the initial production contract of CTT may be worth $5.1bn and cover 7,000 to 10,000 vehicles.

Military trucks also need to be upgraded for emerging multi-domain warfare, the Army presentation states that the truck will have MDO requirements such as manned/unmanned delivery, AI-enabled operations and maintenance, and the ability to operate in degraded and denied environments.

The US Army’s future Common Tactical Truck will be an “essential transportation link” for soldiers on the future multi-domain battlefield, according to service acquisition documents posted online. “The CTTs [common tactical trucks] serve as an essential transportation link between Strategic Ports and ‘the Tip of the Spear’ providing the MDO force with ability to deploy, move, and maneuver where and when desired to accomplish the mission,” the slides said.

The service’s primary goal with the CTT is to develop a family of common trucks that use the same components, such as power train, transmission and chassis. Those features would make it far easier for the service to sustain and maintain those vehicles and reduce the complexity of its supply chain.

The common tactical truck would replace several legacy vehicles and give the Army a modernized platform that’s designed to allow the service to take advantage of emerging technologies — so even it won’t be left out of the service’s broader sprint toward multi-domain operations.

“The Army fleet lags behind commercial industry in the digitization revolution and is not in a position to take advantage of the rapidly advancing fields of artificial intelligence, machine learning, autonomous operations, driver safety systems, and predictive maintenance, diagnostics, and prognostics,” the Army draft abbreviated specifications documents states. “The CTT FoV should be common with commercial industry and allow rapid integration of future technologies.”

The versatile nature and many variants of the trucks clearly make them attractive, but the success of the vehicles, Oshkosh Defense vice president and general manager for US Army and US Marine Corps programmes Pat Williams says, lies in the design. “The family of heavy tactical vehicles’ flexible architecture also allows it to accommodate technological capabilities such as autonomy, onboard power, condition-based maintenance, and advanced driver assistance systems at a minimal cost to the customer,” he adds.

The service plans to use its rapid prototyping acquisition path to acquire the vehicles. Its draft timeline shows that its request for prototype proposals could be released in the third quarter of fiscal 2022 with an other transaction authority award to begin the prototyping process in the following quarter. Prototype assessment would throughout most of fiscal year 2024.

If the Army continues forward with the new trucks, it wants to take advantage of industry’s latest innovations in driver safety, drive by wire and increased fuel efficiency. The service wants the trucks to provide all classes of supply, containerized cargo, bridging equipment, breakbulk cargo and “various” other missions in the future.

Several nations are now focusing on augmenting their military firepower and defensive capabilities, in the wake of the growing threats from other nations. In this regard, governments are increasing their military spending, in order to improve the security situation in their respective countries.

The increasing deployment of military units in different locations and the growing military missions is increasing the demand for moving troops and supplies, hauling equipment to those areas and recovering vehicles and weapon systems during such missions, which is driving the growth of the market.

Several nations are enhancing their military personnel strength, due to which they are increasing their troop transportation and logistics capacities by allocating huge amounts towards military transportation systems, thereby driving the market for military trucks. The increasing military budgets have enabled the procurement of different types of military equipment. In this regard, the military trucks, play an important role as the prime mover for several weapons, sensors, and communication platforms, which is necessitating their procurement. Thus, the growth in defense budgets is helping the growth of the market during the forecast period.

These heavy trucks are capable of operating off-road, in deep water, mud or snow. With a payload capacity of 1,000 kg, these trucks can tow weight of 3,000 kg. Also, manufacturers add protection from small arms fire, artillery shell splinters, grenades, small anti-personnel mines in these military trucks. Versions of heavy tactical 8×8, 10×10 axle configurations are manufactured by companies like Oshkosh Corporation, Mercedes-Benz, MAN, Krauss-Maffei Wegmann, and others. Heavy military trucks are used for select applications as they offer better torque at the wheel and peak power ratings. Some of the major applications are refrigeration, dumping, firefighting, disaster management, tankers, RMC, and containers.

Suppliers are concentrating on offering technologies with better efficiency rates, comfort levels, and durability, along with the minimal impact on the environment. The adoption of new technologies is also dependent on customer preferences, which differs by region. The benefit of high speed, more fuel efficiency, and reduced risk of engine stop during heavy loads increase the market for automatic transmission. In military purposes, these trucks offer all-terrain high-speed transport of troops, cargo, and other supplies.

These heavy trucks are capable of operating off-road, in deep water, mud or snow. With a payload capacity of 1,000 kg, these trucks can tow weight of 3,000 kg. Also, manufacturers add protection from small arms fire, artillery shell splinters, grenades, small anti-personnel mines in these military trucks. Versions of heavy tactical 8×8, 10×10 axle configurations are manufactured by companies like Oshkosh Corporation, Mercedes-Benz, MAN, Krauss-Maffei Wegmann, and others. Heavy military trucks are used for select applications as they offer better torque at the wheel and peak power ratings. Some of the major applications are refrigeration, dumping, firefighting, disaster management, tankers, RMC, and containers

The global military truck market is dominated by major players such as Oshkosh Corporation (US), Rheinmetall AG (Germany), IVECO S.p.A., (Italy), TATRA TRUCKS A.S., (Czech Republic), Arquus (France), Textron Inc., (US), General Dynamics (US), and Mitsubishi Heavy Industries (Japan), and many others. These companies have strong distribution networks at a global level.

The key strategies adopted by these companies to sustain their market position are new product developments, collaborations, and contracts & agreements.

The manufacturers of the military trucks are continually looking for ways to develop newer generation trucks keeping in mind the rules and regulations set by the various defense authorities across the world. Players are focusing on enhancing the protection of their trucks, using newer designs and advancements in the material technologies, which will help them gain new contracts from the militaries and expand their market share during the forecast period.

Oshkosh has been producing heavy-payload vehicles for the US Army for over 45 years, with the first heavy equipment transport (HET) M911 delivered in 1976. The company’s approach is to keep customer needs at the forefront and involve them in the development processes. Every vehicle is specifically designed not only to meet military requirements and harsh combat environments but to satisfy customer requirements too. 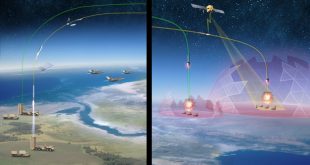 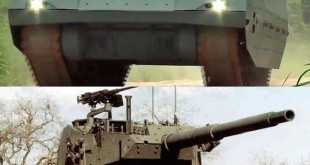 The threats to Aircraft are growing at the high end of the conflict spectrum, with …