Sometimes long runways  required by conventional aircrafts aren’t available to use or there is a need for an aircraft to use no runways at all.  Vertical take-off and landing VTOL technology means aircraft can theoretically take off and land almost anywhere, making them far more flexible. They’re also able to perform various manoeuvres not possible with a conventional plane; a significant advantage for aircraft in combat situations. What’s more, VTOL aircraft, such as drones, that use electric motors are more energy efficient than those using jet engines.

VTOL technology is increasingly making its way into more aircraft, from small recreational drones up to the traditional systems in helicopters and military jets. One of the best knows V/STOL capable aircraft are: Harrier Jump Jet, Bell-Boeing V-22 Osprey, AW609, F-35B. Bell V-280 Valor, Yak 141, XFY-1 Pogo and Fairey Rotodyne. The F-35B Standard Take-off and Vertical Landing (STOVL) is a single-engine, fifth generation fighter aircraft designed and developed by Lockheed Martin. It is the first aircraft to combine stealth technology with STOVL capabilities and supersonic speeds. The tricycle type retractable undercarriage design allows the aircraft to take-off from and land on the deck of small naval ships, unimproved airstrips, rough airfields and roads.

Aurora Flight Sciences, a subsidiary of aerospace giant Boeing, said in Jan 2019  that it recently conducted the first test flight of its all-electric autonomous passenger air vehicle. The unpiloted vehicle took off vertically, hovered for a few seconds, and then landed at the company’s test site in Manassas, Virginia. Boeing said that future flights will test forward, wing-borne flight, as well as the transition phase between vertical and forward-flight modes.

Powered by an electric propulsion system, Boeing says the prototype is designed for fully autonomous flight from takeoff to landing, with a range of up to 50 miles (80.47 kilometers). Measuring 30 feet (9.14 meters) long and 28 feet (8.53 meters) wide, its airframe integrates the propulsion and wing systems to achieve efficient hover and forward flight (also known as vertical takeoff and landing, or VTOL). It’s a significant step toward a future in which autonomous, electric “flying taxis” zip from skyscraper to skyscraper, bearing passengers and cargo in service of an entirely new form of urban mobility.

Some of the Challenges in VTOL are that It takes enormous power to lift/hover, High Maintenance and fuel consumption, Payload will be less and Complex functioning –  Mechanization required to change direction of thrust with respect to aircraft.

The VTOL airplane that weighs 100 tons obviously needs more than 100 tons of thrust to get off the ground. Getting an aircraft off the ground with little or no forward motion requires that engine thrust, not the wing, support aircraft weight. Such amount of thrust requires a lot of power. Massive engines and lot of fuel take weight otherwise available in CTOL airplane. There are also other complexities in designing controls and achieving stability, especially during hovering in wind gusts.

A vertical and/or short take-off and landing (V/STOL) aircraft is an airplane able to take-off or land vertically or on short runways. Some conventional airplanes such as Antanov AN72 are designed to be STOL (Short Takeoff or Landing) capable which means they need only few meters of a road for takeoff or landing. Vertical takeoff and landing (VTOL) aircraft are a subset of V/STOL craft that do not require runways at all. Generally, a V/STOL aircraft needs to be able to hover.

Broadly there are two different types of VTOL technology: rotorcraft and powered-lift. Rotorcrafts, or rotary wing aircraft, are those that use lift generated by rotor blades spinning around a central mast, so helicopters, quadcopters and gyrocopters. All conventional helicopters have a VTOL (and V/STOL) capability, but they are generally not considered under the VTOL (and V/STOL) classification. While helicopters provide most efficient hover/loiter, good low speed maneuverability and low empty weight low max speed. They have lowest cruise efficiency (range), limited high speed maneuverability, rotating component RCS and highest vibration environment.

Powered-lift vehicles are those that take off and land vertically but perform differently from rotorcraft when in flight. A rolling takeoff, sometimes with a ramp (ski-jump), reduces the amount of thrust required to lift an aircraft from the ground (compared with vertical takeoff), and hence increases the payload and range that can be achieved for a given thrust. This is especially useful for a military plane loaded up with heavy weapons. For instance, the Harrier is incapable of taking off vertically with full weapons and fuel load. Hence V/STOL aircraft generally use a runway if it is available. I.e. short takeoff and vertical landing (STOVL) or conventional takeoff and landing (CTOL) operation is preferred to VTOL operation.

Most powered-lift planes in use today, including the Harrier, V-22 Osprey and the new F-35B, are considered to be V/STOL (vertical and/or short take-off and landing) vehicles. They tend to make a rolling takeoff from a runway when possible as this requires less thrust. It requires powered lift, means a heavier-than-air aircraft capable of vertical takeoff, vertical landing, and low speed flight.

Engine driven/ engine thrust for lift is most successful in VTOL era. Harrier Jump jet aircraft is successfully flying till now. It uses Rolls-Royce Pegasus engine, the engine is not only able to power a jet aircraft forward, but also to direct thrust downwards via swiveling nozzles.

Convertible plane is used to takes off under rotor lift like a helicopter, then transitions to fixed-wing lift in forward flight.

Tilt rotor/ Shaft: Aircraft use rotating blades which works like helicopter rotors in vertical flight and like airplane propellers in forward flight. The rotors are like helicopter long articulated blades which have cyclic pitch control for hover. The power plants remain stationary, it does not travel with the nacelle. The power shaft pivots from vertical to horizontal. (Bell XV-3)

Tilt Prop: Aircraft use propellers which are tilted vertical for vertical flight and horizontal for horizontal flight. A propeller, with collective but not cyclic pitch control, has short, rigid blades with a high degree of twist. (Curtiss-Wright X-19)

Tilt wing: A tilt wing has its propellers or rotors fixed to a conventional wing and tilts the whole assembly to transition between vertical and horizontal flight.  Tilting the entire wing, instead of just the rotor or propeller, provides the benefit of increasing aerodynamic flow over the lifting and control surfaces during transition, and minimizes the lift loss due to downwash in hover. Disadvantages, however, are that an additional method of control such as a tail jet or rotor is required for control in hover, and ailerons change from roll control in horizontal flight to yaw control in hover. Control is especially difficult in hover during gusts due to the “barn door effect” of the wings in a vertical position. (Canadair CL-84)

Fan-in-wing: In the fan-in-wing configuration, a ducted fan is enclosed within the main wing shape. The craft takes off and land using fan lift, then transitions to wing-borne lift in forward flight. The fans may or may not have covers which close over them in forward flight.

Tilt Duct: Aircraft with propellers inside ducted casing. Putting a propeller inside a duct can produce as great as a 50% thrust increase due to the Bernoulli’s effect, and also provide additional lift in forward flight. Propeller pitch as well as deflector vanes in the downwash can control the aircraft in hover and transition. (Bell X-22A)

Jetoptera and GE Aviation have agreed to jointly demonstrate a 500-pound-force (lbf) class Fluidic Propulsion System TM leveraging a gas generator based on GE Aviation’s H-Series turboprop engine. This is the first step towards a fully customized gas generator which will lead to a Jetoptera 500 VTOL full flight demonstrator.

Jetoptera’s revolutionary Fluidic Propulsion System is a remarkably simple approach to producing thrust for powerful, VTOL-capable aircraft. A gas generator produces the pressurized fluid which is distributed to specially designed thrusters, the most direct way of producing thrust. The technology augments thrust via massive entrainment of ambient air. Thrusters can be shaped and distributed around an airframe in ways to maximize lift augmentation and distribute propulsion at the same time. Thrusters can also be easily swiveled, allowing for VTOL operations. The result is a high speed, compact system that can naturally hover.

“We are excited to join forces with GE Aviation, the world’s leading producer of aircraft engines, to develop optimized versions of gas generators for our Fluidic Propulsion System,” said Denis Dancanet, Jetoptera CEO. “They will be used to power mid-size to larger aircraft in our product lineup.”

JETcopter has begun testing a new propulsion system for vertical take-off and landing (VTOL) aircraft, the company announced on 5 September 2018. The new propulsion system consists of two centrifugal air turbines in enclosed housings, each 200cm (6.6ft) in diameter that will rotate in opposite directions at high revolutions per minute (RPM) to create thrust similar to 11m (36ft) diameter helicopters rotors. The airflow from the turbines will be diverted by air ducts to four endpoints that could be vectored in any direction.

This layout will enable the enclosed rotors housing area to create a lifting force and unload rotors in horizontal flights like airplane wings. The company believe that the compact enclosed rotors propulsion system will be safer for flight in urban areas and the increased airflow speed could improve performance characteristics of next-generation VTOL aircraft. JETcopter will start tests on a mobile platform shortly to measure generated airflow parameters, like speed, volume and sound at various RPM, and to test airflow vectoring possibilities.

Airbus Helicopters has concluded the first full-scale test of the propulsion system for its CityAirbus vertical take-off and landing (VTOL) vehicle demonstrator.The test was conducted using a full-scale CityAirbus demonstrator, which is a self-piloted, multi-passenger electric VTOL vehicle designed for use in urban air mobility applications in crowded megacities.

CityAirbus will be able to carry up to four passengers on pre-planned routes with a cruising speed of 120km/h once fully operational. The vehicle’s four-ducted propeller configuration is designed to offer safer operations and a low acoustic footprint.

Airbus examined the individual performance of the ducted propellers throughout the trial procedure. Tests were also carried out to check the integration of the full-scale propulsion unit with two propellers, as well as the 100kW, Siemens-built electric motors and all of the demonstrator’s electrical systems.

Airbus Helicopters CityAirbus chief engineer Marius Bebesel said: “We now have a better understanding of the performance of CityAirbus’ innovative electric propulsion system, which we will continue to mature through rigorous testing, while beginning the assembly of the full-scale CityAirbus flight demonstrator.”

CityAirbus’ demonstrator will initially be piloted remotely, though a test pilot is also planned to be deployed on-board to ease the certification process and encourage public acceptance at a later date. The proposed tests are expected to enable the CityAirbus VTOL vehicle to conduct fully autonomous operations in future. 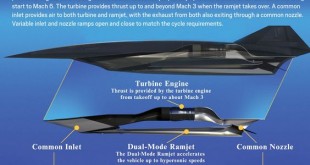