Today, majority of organizations and many government departments and agencies have shifted their databases onto the cloud to improve efficiency and productivity of resources as well as bring down costs. Unfortunately, this move has exposed sensitive information to hackers, who have frequently launched cyber-attacks to retrieve and misuse data. The major  challenge  of  cloud service providers  has been of  ensuring security.

Encryption is a process that uses algorithms to encode data as cyphertext. This cyphertext can only be made meaningful again, if the person or application accessing the data has the tools (encryption keys) to decode the cyphertext. So, if the data is stolen or accidentally shared, it is protected because it is indecipherable. 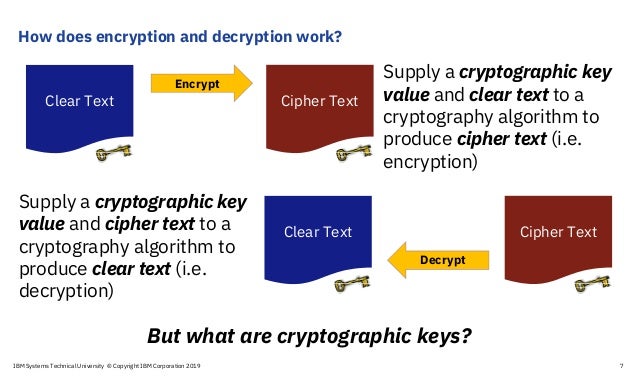 A recent Ponemon Institute study found that extensive use of encryption is a top factor in reducing the business impact and cost of a data breach, reducing cost on average by $125 per record. According to IBM, only 4% of the more than 9 billion data records lost or stolen since 2013 were encrypted, indicating that most data is vulnerable to cyber attackers.

Every year, more organizations adopt encryption to protect their sensitive data. According to the 2019 Ponemon Institute Global Encryption Trends Study, the percentage of companies with enterprise-wide encryption strategies has tripled in the last 15 years. With regulations like GDPR and the California Consumer Privacy Act providing incentives for companies to encrypt customer data, that trend will likely accelerate in 2020 and beyond.

Organizations considering encryption have many options to choose from, ranging from solutions that protect single hard drives to those that facilitate company-wide protection. One of the most important distinctions to consider is between transparent encryption and persistent encryption. Encryption can be implemented many different ways, some of which leave data vulnerable as it moves from user to user and device to device. Organizations should understand when their encryption software leaves data in the clear (meaning the data is not encrypted) in order to understand their exposure to internal and external cyber threats.

It is becoming increasingly important for organisations to be able to prove that data is protected in the face of regulations like the EU’s General Data Protection Regulation (GDPR) and encryption requirements set for financial institutions by regulators in the Singapore, Hong Kong, and the US at a federal and state level. Encryption is a recommended best practice for almost all compliance and data privacy standards and mandates, including PCI DSS, HIPAA/Hitech, GDPR and many others.

While many data protection regulations—including GDPR, the California Consumer Privacy Act, and New York’s cybersecurity law for financial services companies—recommend the use of encryption, few laws explicitly require it, or prescribe a specific way of using it. For example, the GDPR requirement for security of personal data (Article 32) is to “implement appropriate technical and organisational measures to ensure a level of security appropriate to the risk,” one of which may be encryption. Most other recent data protection laws contain similar language.

While they may not mandate its use, GDPR, the CCPA, and other laws do provide exemptions for companies that use it. The GDPR contains detailed instructions for how and when a company must notify EU citizens after a security breach involving personal data, but companies are exempt from the notification requirements if the stolen data was encrypted, because encrypted data cannot be used by anyone without the right key.

Transparent Data Encryption (often abbreviated to TDE) is a technology employed by Microsoft, IBM and Oracle to encrypt database files. TDE offers encryption at file level. TDE solves the problem of protecting data at rest, encrypting databases both on the hard drive and consequently on backup media. It does not protect data in transit nor data in use. Enterprises typically employ TDE to solve compliance issues such as PCI DSS which require the protection of data at rest.

Microsoft offers TDE as part of its Microsoft SQL Server 2008, 2008 R2, 2012, 2014, 2016, 2017 and 2019. TDE was only supported on the Evaluation, Developer, Enterprise and Datacenter editions of Microsoft SQL Server, until it was also made available in the Standard edition for 2019. SQL TDE is supported by hardware security modules from Thales e-Security, Townsend Security and SafeNet, Inc. IBM offers TDE as part of Db2 as of version 10.5 fixpack 5. It is also supported in cloud versions of the product by default, Db2 on Cloud and Db2 Warehouse on Cloud.

Easily deployed across files and systems, this solution enables data at rest to be quickly encrypted within the Vantage platform. Since it is “transparent”, it is simple to deploy because there are no application development or database integration changes required. The cost-effective solution removes data breach risks and supports compliance initiatives while saving organisations months on the deployment of data protection for a Teradata environment.

Thales’ Transparent Encryption is completely invisible to Vantage users and administrators as long as they are authorised to access the databases and system files they won’t know that solution is protecting your business. However, processes and actions from unauthorised users are immediately stopped and logged. The solution can be flexibly deployed across physical, virtual and cloud environments, giving organisations the ability to implement granular access policies that allow administrators to access infrastructure and systems without ever being able to see sensitive data in clear text.

The solution is designed to meet the high-scale and performance requirements of Vantage deployments on-premises, in clouds and hybrid, which can be several hundred terabytes to many petabytes in size and contain highly sensitive and regulated data and subsequently subject to privacy regulations (e.g., GDPR, CCPA, etc.). The scalable solution provides little overhead, from encryption and decryption activities, letting users robustly secure data and retain critical I/O and storage efficiencies.

“We’re pleased to have worked with the Teradata team to expand the Thales offering to include the transparent encryption solutions for Teradata. Our existing joint customers will simply expand their data security platform investment to include their Vantage environment. They will find that the policies for encryption, privileged user access and the additional security intelligence logs to further enhance their visibility are entirely familiar. New customers will be taking their first steps in unifying all their data security requirements and use cases on one easy to use, scalable and high-performance platform. The Thales solution complements the rich set of controls in the Vantage environment, ensuring that deployments meet the toughest regulatory audit scrutiny and protects a company’s most valuable data,” said Todd Moore, Senior Vice President, Encryption Solutions at Thales.

Jay Irwin JD, Director of Teradata Center for Enterprise Securityadded: “Teradata’s customer base is comprised of some of the largest and most data-centric companies on the planet. Security at scale is vital to this clientele, which makes Thales’ solution a particularly good fit for enabling Teradata’s best-in-industry cloud security to be even more robust. With the application of Thales transparent encryption solutions, we provide a layered defense that protects customer data on-premises, in the cloud and in hybrid environments – all deployment types that our customers use today.”

BM’s mainframes are widely used in the tech industry for delivery of critical services to the government, including large banks, flight booking website, healthcare companies or an ecommerce platform. However, an increasing danger of our connected, digital world is the rise of hackers, and their potential to inflict serious damage with real-world consequences. 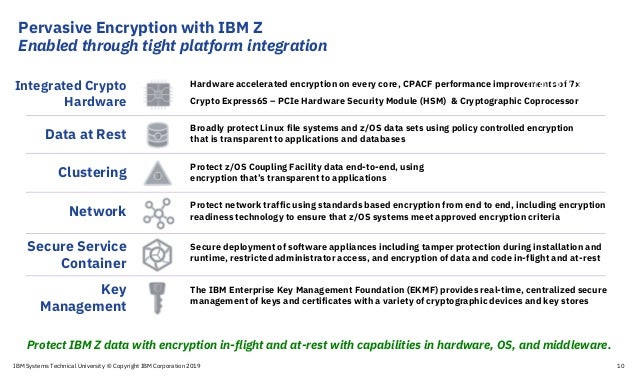 What the company has done for the first time ever with the newly released z14 mainframe is to allow Multiple levels of data encryption at every level of the system,  and then storing everything inside encrypted containers, designed to hoodwink even the most diligent hackers out there. IBM, which reported revenue of $79.9 billion in 2016, said that its India hardware and firmware team had made significant contributions to the z14 system and microprocessor development.

Encryption is vital to security as only 4% of the more than 9 billion data records lost or stolen since 2013 were encrypted, According to IBM. A recent Ponemon Institute study found that extensive use of encryption is a top factor in reducing the business impact and cost of a data breach, reducing cost on average by $125 per record.

However, Encryption is perceived as complex. Organizations struggle with determining which data should be encrypted, where encryption should occur and who is responsible for it. Therefore many companies only encrypt what’s required for compliance and also at the application layer. This leads to costly implementation and maintenance throughout the application lifecycle because of requirement of highly skilled manpower. As a result, IBM said only about 2% of corporate data is encrypted today, while more than 80% of mobile device data is encrypted.

IBM has introduced Pervasive encryption that provides a transparent and consumable approach to enable extensive encryption of data in flight and at rest to simplify and reduce the costs associated with protecting data and achieving compliance mandates This means it is possible to encrypt data associated with any application, cloud service or data base all the time, which IBM is claiming as a world first.

“The new capabilities being delivered with z14 will allow organizations to encrypt all of the data associated with an application or database, without the need to make any application changes and without impacting service level agreements,” says Sardino. “No other platform in the world can do this.”

“Strong walls and perimeter defenses are no longer adequate to shield organizations from cyberattacks. We must view data as the new perimeter, and put the security controls for the data on the data itself,” says Nick Sardino, program director, IBM Z Offering Management. “That means implementing strong encryption of data wherever it resides.”

To achieve this new standard for encryption, IBM Z delivered several new capabilities integrated throughout the z14 stack in the hardware, OS and middleware. The on-chip cryptographic acceleration was enhanced to provide more than 6x more performance than z13 at more than 18x faster than competitive platforms, according to a Solitaire Interglobal report. Bulk file and data set encryption was placed at a point in the OS where the encryption would be transparent to applications and highly optimized for performance. IBM also designed new capabilities to encrypt the data in the z/OS Coupling Facility, and more easily report on the security of z/OS network sessions.

Another concern for users is the protection of encryption keys. In large firms, hackers often target encryption keys, which are routinely exposed in memory as they are used, the company said. It said IBM Z can protect millions of keys, as well as the process of accessing, generating and recycling them. It does this in ‘tamper responding’ hardware that causes keys to self-destruct at any sign of intrusion and they can then be reconstituted in safety.

BM middleware such as Db2 and IMS was enhanced to exploit these new features as well. “Clients can transition Db2 and IMS high availability databases from unencrypted to encrypted without stopping the database or the application,” says Sardino, “which is a huge value for the DBAs that we’ve spoken to.”

BM Security also enhanced the IBM Security zSecure suite to provide administration and audit support for pervasive encryption. The system also provides an audit trail showing if and when permissioned insiders accessed data. When organizations can quickly and easily demonstrate to auditors all of their data is encrypted, the cost and complexity are significantly reduced.

Although there is a small chance that determined attackers will find a way of breaking the 256-bit AES encryption to access the stolen data, security commentators say that if the technology lives up to IBM’s claims, it could be a big step forward in terms of data protection. IBM Z is the only platform that offers the protection of pervasive encryption. This no-compromise approach to data protection is at the core of trusted digital experiences. With pervasive encryption you can rest easy knowing your data is secure.