Many navies now have a fleet of submarines, both large and small, primarily using them as a deterrent in territorial waters. A standard fleet is typically about five or more boats. China, India, Japan and South Korea all have large submarine fleets. In Southeast Asia, Indonesia has long had submarines.

Submarine accidents are not uncommon. The most infamous one in recent years was the sinking of the Russian submarine Kursk in the Barents Sea in August 2000 with the loss of its entire crew of 118 personnel. The full crew of 70 of the Chinese submarine Ming 361 suffered a similar fate in May 2003 when they all suffocated after a technical malfunction onboard.

Once the submarine is found, there is no guarantee anyone aboard is still alive, even if the hull has not imploded. If one or more compartments have flooded, there may be survivors in other sections, but they will have limited air. And that is a key problem.

The most recent one was the Indonesian submarine KRI Nanggala in April 2021 killing all 53-person crew. After a five-day search, wreckage from Indonesia’s missing submarine KRI Nanggala was discovered at a depth of more than 800 meters in the Bali Sea. There are many challenges to tracking a submarine. First, they are inherently cover and unlikely to be tracked even when on a routine mission. Secondly is the limitations of sensors, even in a close-range exercise it can be very difficult to maintain sonar contact with a submarine.

Submarines face many perils of the deep. Even a small fire or gas leak inside a submerged submarine can have catastrophic consequences. Material and/or personnel may be damaged/ injured by fire. Sometimes there is an Explosion when Vapor explodes (not necessarily leading to fire).

Submarine hits another vessel or man-made infrastructure.A collision with another vessel or grounding may be much more serious for a submarine than for a surface ship. On 8 January 2005, the USS San Francisco struck an undersea mountain South of Guam, and one sailor died as a result of injuries received when the submarine came to a sudden stop. It may also be Grounded when the Submarine hits the bottom, shoreline or ice.

The next problem is the ocean floor is rarely flat it can be very hard to detect the vessel among seabed features. When Argentinian submarine San Juan in 2017  sank in 900 metres of water – the search for it, even though aided by triangulation of the seismic signature of its implosion at depth, took a whole year, with minute examination of the seabed using high-frequency sonar and underwater television cameras.

Human error has been identified as the major cause of accidents at sea. Unlike floods, the causes behind collisions involve human factors (operator error and/or an aggressive party) or a less-than-adequate capability to effectively detect (or be detected as the situation warrants) and quickly maneuver to avoid striking.

Causes could include a material or mechanical failure leading to catastrophic flooding of one or more compartments. It does not take much loss of buoyancy for a submarine to lose control of its depth. Nuclear submarines also have nuclear-related Incidents. Personnel may also be exposed to a toxic substance other than radioactive material. Early submarines were notoriously unsafe. However, when coupled with the drive to maintain a technological edge, these early losses resulted in improved design and operation.

Apart from the risks of an accident, there are the potential dangers with the increasing number of submarines working in the relatively confined and potentially dangerous seas of Asia. Some vessels might be engaged on intelligence and surveillance missions that take them into sensitive waters where they are at risk of being detected by another country’s anti- submarine forces.

Submarines must be extremely well maintained with “zero tolerance” of even minor defects that could jeopardise their safety. SUBSAFE is a quality assurance program of the U.S. Navy designed to maintain the safety of the nuclear submarine fleet. Specifically, it
provides maximum reasonable assurance that sub hulls will stay watertight and that they can recover from unanticipated flooding.

Submarine operations are inherently high-risk and are very demanding of every crew member. They require extraordinary levels of teamwork and absolute trust in the professionalism of everyone on board. The successful and safe operation of submarines also depends on good hydrographic and oceanographic data.

There are many prerequisites of safe submarine operations. Submariners are among the most highly trained of all naval professionals. They have advanced technical skills and are proficient in submarine escape procedures. Submarines must be extremely well maintained with “zero tolerance” of even minor defects that could jeopardize their safety.

Effective command and control arrangements are required for submarine operations. They must include procedures for dealing with incidents when submarines are overdue in reporting their location or that they have surfaced (referred to as “Submiss/Subsunk” procedures).

Navies have pre-planned procedures for instituting checks and initiating searches if a submarine fails to call in. These are immediately activated when such a report is not received. They rapidly move from what have been termed “SUBLOOK” procedures (looking for a submarine) to “SUBMISS” (submarine is missing) and then, when hope has been lost or evidence of an accident comes in, the self-explanatory “SUBSUNK”.

Submarines have emergency indicator buoys that can be released to mark their position in the event of an accident. That is provided, of course, the accident did not incapacitate the crew. In shallow water, the buoys can remain tethered to the submarine. In deep water they become free-floating, so when the buoys are detected search units must calculate back to the estimated release position, with all the uncertainties that wind and currents bring.

Communications with submarines, particularly if they are engaged on sensitive missions, may not always be reliable and comprehensive standard operating procedures must be in place to deal with all eventualities. 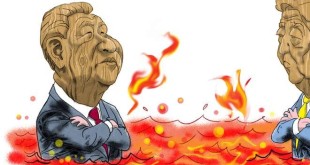