Trending News
Home / Threats / RAND envision the world in 2040, analyze security challenges that will shape it and offer guidance to policymakers

RAND envision the world in 2040, analyze security challenges that will shape it and offer guidance to policymakers

In coming decades, emerging technologies such as artificial intelligence and 3D printing will pose new risks to people, nations, and global security. At the same time, accelerating change will challenge policymakers’ capacity to adapt. Some of the questions that Michael Rich and his team are exploring in RAND under a series of RAND research projects are:

What might be the impact of artificial intelligence on nuclear security? How disruptive will additive manufacturing—3-D printing— be to our military supply chain and economy? How do millennials perceive security? What are the drivers and disruptors of “health security”? Does speed, meaning a faster society, influence our notions of security?

They are looking to the mid-future of 2040, and at some of the forces that will shape our path from here to there. The with aim is to seek new approaches to identify and assess the impact of several trends over the coming decades—political, technological, social, demographic—and to generate some useful guidance for policymakers.

The effort, known within RAND as Security 2040, has one overarching goal: “The world is changing rapidly,” said Andrew Lohn, an associate engineer at RAND and one of the lead researchers on the artificial-intelligence question. “We want to just be ahead of the curve.” The lead investigators are all early-career researchers, drawn from fields as diverse as nuclear strategy, anthropology, and microeconomics.

Some of the ongoing themes are:

By 2040, the people making decisions will be part of the so-called millennial generation, born between 1981 and 1997. Theirs is the largest generation in American history, shaped by such world-changing events as the 9/11 terrorist attacks, the global financial crisis, and the wars in Iraq and Afghanistan. Yet their views on security and public policy are poorly understood.

Project researchers are combining traditional survey methods with data analysis of social media posts to better understand how millennials see the world. That will provide one of the clearest pictures to date of the perceptions, priorities, and beliefs that will drive policy between now and 2040.

Additive manufacturing”—3-D printers— could be household technology by 2040. Private firms are already experimenting with printed shoes, printed food, printed construction projects, and printed firearms. If every product can be local, what happens to the world economy, the global village?

The questions that RAND researchers are grappling with flow from there. Could 3-D printing break down world order by weakening the global supply chains that hold countries together? Could rogue states divorce themselves from the international community? 3-D printing, according to the research team, might prove to be as disruptive to economies and societies as the Industrial Revolution.

Advances in artificial intelligence (AI) are enabling previously infeasible capabilities, potentially destabilizing the delicate balances that have forestalled nuclear war since 1945. Will these developments upset the nuclear strategic balance, and, if so, for better or for worse?

Machines that can learn, think, and act could upend basic policies and assumptions that have governed nuclear strategy since the early days of the Cold War. Nuclear submarines, for example, would not provide much deterrence if they were being tracked at all times by artificially intelligent undersea drones.

Such advanced technologies could help prevent the use of nuclear weapons—for example, by identifying and deciphering unusual movement at a North Korea launch site. Or they could raise the stakes, convincing nuclear-armed adversaries of the need for surprise first strikes. As the U.S. military begins a massive modernization of its nuclear forces, it needs to comprehensively explore the impact that artificially intelligent systems could have, the researchers assert.

From technology to transportation to the pell-mell feeling of daily life, the pace of change seems to be quickening. Ideas can spread from one corner of the globe to the other in the time it takes to click a mouse; disease can spread at the speed of a jetliner. Despite the potential for increased speed as 2040 nears, this phase of acceleration is neither uniform nor deterministic.

How fast can we go? That’s the basic question researchers want to answer. At what point will the current pace of acceleration

reach the bounds of stability and threaten global security? When will we lose productivity and control? A central thread is the hypothesis that this iteration of acceleration could be more intense, that it will introduce novel security threats, and that its scale and scope will vary across social, cultural, and geographic categories.

“The disruptive effects of technology are vast, and impacting our society at an increasing rate,” according to Parasiliti. “There’s a lot of volatility, beyond the normal baseline in international affairs. It’s almost at a rate where it’s difficult for governments to keep up.

“That creates a role for RAND: How do we not just understand these trends and challenges, but also offer analysis and guidance that helps policymakers address them?” 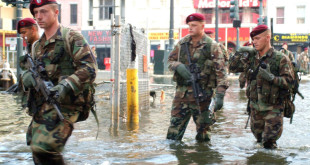 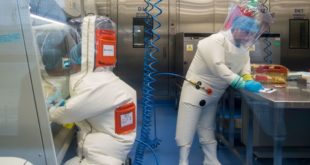