Simulating models of the physical world is instrumental in advancing scientific knowledge and developing technologies.  Unfortunately, simulation is not always easy. Many important problems in physics, especially low-temperature physics and many-body physics, remain poorly understood because the underlying quantum mechanics is vastly complex. These also include scientific research areas, from high-energy, nuclear, atomic and condensed matter physics to thermal rate constants and molecular energies in chemistry

Simulation of large quantum systems is a hard task even for today’s supercomputers. One difficulty is that the amount of computer memory needed to store a quantum state grows exponentially with the size of the quantum mechanical system. Conventional computers, including supercomputers, are inadequate for simulating quantum systems with as few as 30 particles.

Better computational tools are needed to understand and rationally design materials whose properties are believed to depend on the collective quantum behavior of hundreds of particles. Quantum simulators provide an alternative route to understanding the properties of these systems.

In 1982, the famous physicist Richard Feynman got an idea about how to overcome the difficulties: A controllable quantum system could be used to study another, less controllable or accessible quantum system. This is called quantum simulation. These simulators create clean realizations of specific systems of interest, which allows precise realizations of their properties. Precise control over and broad tunability of parameters of the system allows the influence of various parameters to be cleanly disentangled.

Quantum simulators can solve problems that are difficult to simulate on classical computers because they directly exploit the quantum properties of real particles. In particular, they exploit a property of quantum mechanics called superposition, wherein a quantum particle is made to be in two distinct states at the same time, for example, aligned and anti-aligned with an external magnetic field. Crucially, simulators also take advantage of a second quantum property called entanglement, allowing the behavior of even physically well-separated particles to be correlated.

Quantum simulators permit the study of quantum systems that are difficult to study in the laboratory and impossible to model with a supercomputer. In this instance, simulators are special-purpose devices designed to provide insight about specific physics problems. Quantum simulators may be contrasted with generally programmable “digital” quantum computers, which would be capable of solving a wider class of quantum problems.

They have strong potential to address problems of societal importance, ranging from understanding vital chemical processes to enabling the design of new materials with enhanced performance, to solving complex computational problems.

Quantum simulation could be implemented using quantum computers (so-called digital simulation), but also with simpler devices, so-called analog simulators, which would be easier to construct. Analog simulators are specifically designed to simulate a certain system or process and therefore have a limited scope of use, while quantum computers can be programmed to take on many types of problems.

In recent years, the field of quantum simulation has been developing rapidly, and there are now a number of different platforms in which quantum systems – such as neutral atoms, ions, superconducting circuits, nuclear spins, and photons – can be experimentally probed for quantum simulation.

The most dominant approaches are two: quantum-phase estimation and quantum variational techniques (VQE). Especially, the latter approach has the highest likelihood of success on NISQ computers. For example, in 2020, Google performed the biggest quantum chemical simulation up to date (of H12 molecule using the VQE).

The algorithms for quantum chemistry simulations are being developed. They can be applied to more complex simulations hand in hand with the number of qubits. Therefore, even in this early stage of quantum computing, there is significant interest from the chemical and pharmaceutical industry. In general, such simulations allow the discovery and design of new drugs, chemicals, and materials. The
recent, considered topics are, for instance, high-temperature superconducting, better batteries, protein folding, nitrogen fixation or peptides research.

In addition to helping to identify new materials and drug substances, quantum simulation promises for example to solve routing and scheduling problems and to be very useful in advancing research in many fields of physics, quantum chemistry, and cosmology.

Highly programmable quantum simulator operates with up to 256 qubits, reported in July 2021

Physicists have demonstrated a large-scale, programmable quantum simulator, featuring a precisely-arranged two-dimensional array of 256 quantum bits (qubits). Designed by a team headed up at Harvard University, the system uses arrays of highly focused laser beams to trap individual atoms and drag them into desirable arrangements. The design, which the researchers describe in Nature, marks a key step forward in the global race to design larger, more reliable quantum computers, and could significantly improve their applicability in the near future.

Through the latest advances in quantum computing, researchers have recently demonstrated the potential for programmable quantum systems, capable of performing deeply complex simulations and computations. A promising platform for this technology can be found in arrangements of neutral, ultracold atoms individually trapped within arrays of optical tweezers. As their quantum states interact, these atoms can be used in operations including large-scale entanglement, quantum logic gates and realizing optical atomic clocks.

In 2017, the team developed a platform containing 51 ultracold rubidium atoms, arranged in a specific order using a one-dimensional array of optical tweezers. Building on this achievement, in their latest study the researchers aimed to develop a far more powerful two-dimensional arrangement of qubits. Although large numbers of atoms have already been trapped and rearranged in both two- and three-dimensional arrays, the coherent manipulation of programmable, strongly interacting systems containing over 100 qubits has remained far more challenging.

To overcome these difficulties, lead author Sepehr Ebadi and colleagues used a spatial light modulator to shape an optical two-dimensional wavefront, transforming the light into a uniform, two-dimensional array of highly focused laser beams that act as optical tweezers. After loading the beams with a random arrangement of ultracold rubidium atoms, they then used a second set of adjustable optical tweezers to drag the atoms into a defect-free antiferromagnetic arrangement – where the magnetic moment of each atom was exactly opposite to that of each of its neighbours.

Finally, the researchers used coherent optical beams to excite the atoms into their Rydberg states. In these states, the outer electron of the atom orbits at a large distance from its host nuclei, ensuring strong, highly tuneable interactions between individual qubits. In addition, they arranged the atoms in arrays of several different shapes, including square, honeycomb and triangular lattices. Each of these configurations featured a different type of interaction between qubits.

Altogether, the technique allowed the team to produce a highly programmable quantum simulator, containing up to 256 qubits – which together could occupy a vast number of possible quantum states. In their future research, the physicists will aim to upgrade their setup even further, through a better control over each individual tweezer beam and making the system more programmable. These improvements could pave the way for a diverse range of applications: including advanced new ways to study strongly-correlated quantum matter, designing hardware suitable for running efficient quantum algorithms, and solving challenging real-world problems in computation and measurement. 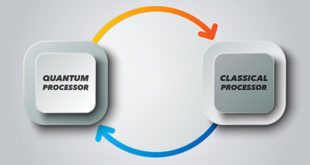