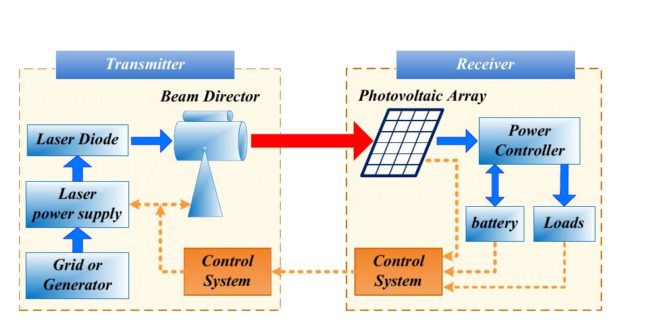 In far-field or radiative techniques, also called power beaming, power is transferred by beams of electromagnetic radiation, like microwaves or laser beams. These techniques can transport energy longer distances but must be aimed at the receiver. Proposed applications for this type are solar power satellites and wireless powered drone aircraft.

In the case of electromagnetic radiation closer to the visible region of the spectrum (tens of micrometers to tens of nanometers), power can be transmitted by converting electricity into a laser beam that is then pointed at a photovoltaic cell. This mechanism is generally known as “power beaming” because the power is beamed at a receiver that can convert it to electrical energy. At the receiver, special photovoltaic laser power converters which are optimized for monochromatic light conversion are applied.

The main disadvantages of the technology include Requirement of a direct line of sight with the target; Atmospheric absorption, and absorption and scattering by clouds, fog, rain, etc., cause up to 100 % losses; Conversion between electricity and light is limited. Photovoltaic cells achieve 40 – 50 % efficiency. Laser radiation could be hazardous.

The LWPT system has two major components: a laser diode (LD) and a photovoltaic (PV) array. In any application, the end-to-end efficiency of a system must be considered. This system efficiency includes the efficiencies of the LD and PV array, as these are responsible to limit the efficiency of an implemented system.

The proof-of-concept (PoC) demo milestone was achieved recently in Seattle using optical beaming – a laser-based technology that converts electricity into high-intensity light which is then captured and transformed to electricity at the radio base station. No wires were connected to the site from the street power grid network and no on-site power generation was involved. The base station site was completely ‘powerless’ until wirelessly powered over the air through a laser beam. The achievement is part of a partnership between the two companies to explore and develop innovative 5G solutions aimed at enhancing the speed and flexibility of network deployment in diverse environments.

Wireless power was safely distributed to an Ericsson Streetmacro 6701 – a 5G millimeter wave (mmWave) radio base station. It was achieved using PowerLight’s laser technology to transmit hundreds of watts over hundreds of meters through the air. Ericsson and PowerLight Technologies view the milestone as a major step toward a goal — for subsequent generations of the solution to transmit kilowatts of energy over longer distances.

Kevin Zvokel, Head of Networks for Ericsson North America, says:  The ability to safely transfer power across distances without having to be connected to the power grid eliminates one of the big obstacles we have when building new cell sites. The time savings and flexibility gains will make this an attractive solution for our customers.”

Claes Olsson, Executive Chairman, PowerLight Technologies, says: “Most people are aware that wireless charging technology is available today for small electronic devices, such as cell phones and watches. This breakthrough demonstration, which utilized the best innovative technology from PowerLight and Ericsson, underscores the major leaps we have made recently toward the commercialization of safe, wireless power transmission for larger-scale systems. PowerLight is developing systems today to transfer kilowatts of safe power over distances of kilometers that will be commercially available in the next few years.”

The demo also underlined the safety of the technology – the laser beam has a virtual shield or safety ring that automatically and temporarily shuts down power transmission before any living or inanimate object crosses its path. When the safety ring is activated, the site’s back-up battery takes over until the beam is cleared. Vital base stations use batteries for local energy provisioning to ensure highly reliable mobile services.

With wireless power Ericsson is helping to cut the last cable – the power cord. This next-generation technology demo from Ericsson and PowerLight shows how power can be distributed wirelessly and create new and innovative network deployment and use case opportunities.Apart from rapid street radio rollouts, wireless power could support use cases such as provisional deployments in case of emergency or time-specific densification demands, for example, during music festivals and sport events.  It could also support power-cable-free machines such as automated guided vehicles and drones, as well as devices like IoT-sensors and lamps.

Communications service providers will also have the flexibility to position a base station without compromising communication needs in relation to where a power wire is located. The two companies are exploring the possibility of delivering safe wireless power-beaming capabilities to enable cleaner and more sustainable operations for mobile networks. Ericsson provides broad and complete RAN site solutions worldwide that cater to different environments and use cases.

UK-based startup Space Power is partnering with Surrey University to develop the first in-orbit laser-based power beaming demonstration outside of a governmental organisation. Funded by the £7.4 million (US$10.1 million) SPRINT (Space Research and Innovation Network for Technology) program, the project will support the company’s plans to build a wireless power beaming prototype for space satellites by 2023, with full commercialisation by 2025.

The project follows on from an initial feasibility study on laser transmission with Surrey University, and will investigate and verify the efficiency benefits that can be gained compared to sunlight, measuring the advantages of laser power transmission. It will also provide data to enable Space Power to design a prototype system for small satellites.

According to Space Power, wireless power beaming will be a critical technology for space infrastructure that will provide auxiliary power and increase small LEO (low earth orbit) satellites’ baseline efficiency. Space Power said its first product will be designed as a plug-and-play system for satellite manufacturers to include in LEO constellations of satellites.

Professor Stephen Sweeney’s group at Surrey University’s Department of Physics and Advanced Technology has developed laser laboratories and optical systems that will be used to pursue the project’s technical aspects.

Japanese Aeronautical Exploration Agency (JAXA) is engaged in research to determine the viability of transporting solar energy from LEO and GEO satellite systems using both laser and microwave transmitters. When dealing with space-based laser WPT systems, the alignment of the system to terrestrial receivers is critical.

The orbiting systems use a low power beacon laser received from the ground station to direct the main laser beam in the right direction to address this. This research is still in its early stages, with significant challenges around atmospheric disturbances to address. To facilitate this, JAXA envisions a beam-steering methodology using a pilot laser from the ground to drive a fast steering mirror and ultimately achieve an accuracy of 0.1 µrad.

Several notable technical challenges stand in the way of realizing this system, including developing a space-grade laser system, improvements in the efficiency of electrical-laser conversions, and methods to deal with atmospheric effects. Additional challenges to the SSPS system include getting the system into orbit and ensuring the system’s safety on human/animal health.

This web is described as consisting of multiple dynamic nodes, powered by transmission on the ground, which is capable of receiving or relaying optical power. Proposed research areas are intended to address one of two challenges: the development of high-energy flux/high-efficiency optical conversion or the ability to relay optical energy from one node to another.

The end goal is to attain systems that have an energy flux of 1 kW/m2 scalable up to 100 kW/m2, along with relay systems that operate optically (without electrical conversion) between nodes and have “rigorously assured photon containment” to prevent accidental injury to personnel. 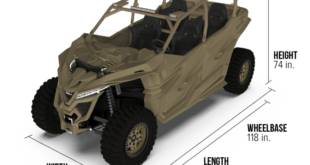 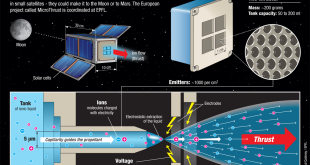