Software-Defined Networking (SDN) is a network architecture approach that enables the network to be intelligently and centrally controlled, or ‘programmed,’ using software applications. This helps operators manage the entire network consistently and holistically, regardless of the underlying network technology.

Software-defined networking (SDN) is the decoupling of the network control logic from the devices performing the function, such as routers, which control the movement of information in the underlying network. This approach simplifies the management of infrastructure, which may be specific to one organization or partitioned to be shared among several.

The SDN movement represents the same type of major change in the networking world as occurred in computer architecture many years ago. Instead of having an all-in-one solution, it is beneficial to decouple the components and use them separately. They will communicate with each other via defined and standardized open interfaces. Thus different hardware and software providers can independently develop solutions that can be easily integrated into a network that better suits customers’ needs. Such an approach also considerably shortens the time-to-market for new solutions.

In a traditional environment, a router or switch — whether in the cloud or physically in the data center — will only be aware of the status of network devices adjacent to it. With SDN, the intelligence is centralized and prolific; it can view and control everything.

In the years since its inception, SDN has evolved into a reputable networking technology offered by key vendors including Cisco, VMware, Juniper, Pluribus and Big Switch. The Open Networking Foundation develops myriad open-source SDN technologies as well.

The components of software-defined networking

Software-defined networking (SDN) consists of three main components that may or may not be located in the same physical area:

In addition to these components, OpenFlow is a programmable networking protocol that directs traffic among network devices and is used in SDN. The Open Networking Foundation (ONF) helped to standardize the OpenFlow protocol and other open-source SDN technologies. These components work together to form SDN ecosystems to ensure proper network traffic flow.

The SDN architecture has many advantages

Network control is directly programmable because it is decoupled from forwarding functions. SDN enables network behavior to be controlled by the software that resides beyond the networking devices that provide physical connectivity. As a result, network operators can tailor the behavior of their networks to support new services and even individual customers. By decoupling the hardware from the software, operators can introduce innovative, differentiated new services rapidly—free from the constraints of closed and proprietary platforms.

Abstracting control from forwarding lets administrators dynamically adjust network-wide traffic flow to meet changing needs. Agility and the ability to dynamically use load balancing to manage the traffic flow as needed and usage fluctuate. This reduces latency, increasing the efficiency of the network.

Network intelligence is (logically) centralized in software-based SDN controllers that maintain a global view of the network, which appears to applications and policy engines as a single, logical switch. Greater granularity of control over security. SDN lets network administrators set policies from one central location to determine access control and security measures across the network by workload type or by network segments. You can also use microsegmentation to reduce complexity and establish consistency across any network architecture — whether public cloud, private cloud, hybrid cloud or multicloud.

With SDN, automated programs can be more easily written, enabling the organization to configure, secure and optimize resources as needed. SDN lets network managers configure, manage, secure, and optimize network resources very quickly via dynamic, automated SDN programs, which they can write themselves because the programs do not depend on proprietary software.

When implemented through open standards, SDN simplifies network design and operation because instructions are provided by SDN controllers instead of multiple, vendor-specific devices and protocols.

SDN architectures usher in a new era of openness—enabling multi-vendor interoperability as well as fostering a vendor-neutral ecosystem. Openness comes from the SDN approach itself. The open APIs support a wide range of applications, including cloud orchestration, OSS/BSS, SaaS, and business-critical networked apps. In addition, intelligent software can control hardware from multiple vendors with open programmatic interfaces like OpenFlow. Finally, from within the SDN, intelligent network services and applications can run within a common software environment.

There are four primary types of software-defined networking (SDN), each with its own merits:

The risks of software-defined networking

As we have seen, SDN can be beneficial to an organization in many ways, including increasing agility and control, simplifying management and configuration and providing stronger security. The controller is critical in maintaining a secure network. It is centralized and, therefore, a potential single point of failure. This potential vulnerability can be mitigated by implementing controller redundancy on the network with automatic fail-over. This may be costly but is no different from creating redundancy in other areas of the network to ensure business continuity. 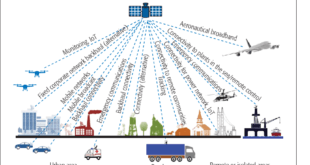 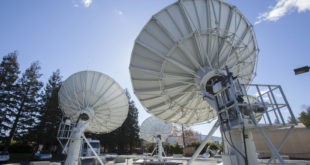 Internet access has historically been terrestrial or based on networks, such as fiber or other …