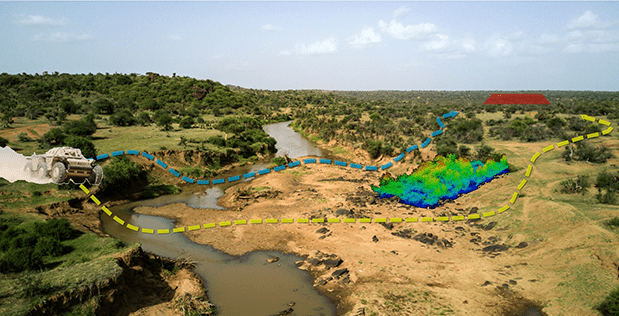 Modelling is the process of representing a model (e.g., physical, mathematical, or logical representation of a system, entity, phenomenon, or process) which includes its construction and working. This model is similar to a real system, which helps the analyst predict the effect of changes to the system. Simulation of a system is the operation of a model in terms of time or space, which helps analyze the performance of an existing or a proposed system. Modeling and simulation (M&S) is the use of models  as a basis for simulations to develop data utilized for managerial or technical decision making.

The self-driving car industry has made great autonomy advances, but mostly for well-structured and highly predictable environments.  On-road simulations are focused on well-structured and highly predictable environments with limited obstacle classes. They are also able to leverage the availability of large structured data sets, including highly detailed and labeled maps and highly accurate localization (from sensed and external sources). As a result, on-road simulations are based on relatively simple two-dimensional (2D) navigation tasks that require minimal contextual understanding of their real world environment beyond classification of nearby objects such as vehicles, traffic signals and pedestrians. In addition, the self-driving car industry has used extensive and costly field-testing and required millions of hours of driving to gather data, train algorithms, and improve reliability.

Unmanned and autonomous ground vehicles have the potential to revolutionize military and civilian navigation. In complex militarily-relevant settings, robotic vehicles have not demonstrated operationally relevant speed and aren’t autonomously reliable.

While the past decade has seen increased use of simulation in developing field robotics, the military off-road environment is especially challenging and complex. Computers need to re-create three-dimensional surfaces, compliant soils and vegetation, and hundreds of obstacle classes. Software also needs to take into account lower fidelity or limited mapping data, unique platform-surface interactions, continuous motion planning, and no defined road networks or driving rules.

Simulators are limited in their ability to model terrain complexities such as ground cover,
terrain compliance, and vehicle-vegetation interactions. For example, it is not sufficient to
simply model the appearance of vegetation/terrain/soil; simulations must sufficiently
approximate the interaction of a multi-ton vehicle with that vegetation/terrain/soil to allow
dynamic traversal of the terrain. “The complexities of setting up and using simulation, the reality
gap, and the time and resources necessary to make the simulation useful…discourage developers
from using simulation, limit the extent to which it is used, and prevent developers from
leveraging the full benefits of simulation.”

Recently, DARPA released a separate BAA to develop and evaluate, via real world demonstrations, the capability for autonomous unmanned ground vehicles (UGVs) to maneuver off-road at operationally relevant speeds (RACER). The simulation-based funding opportunity presented within this RACER-Sim BAA is complementary to platform-based development approaches in that effort

These unique challenges require a deliberate approach for developing robust, reliable autonomous and unmanned systems that features extensive testing for performance and safety features in a wide variety of environments and conditions. In order to enable this approach, it is required to develop computational tool for simulating and predicting the performance of unmanned and autonomous ground vehicles in realistic environmental conditions.

Dr. Stuart Young, RACER Programme Manager, said, “Because these challenges haven’t been effectively met, the practical use of current virtual models to advance off-road field robotics capabilities is limited and doesn’t yet allow a demonstrable simulation-to-real world capability. “The large reality gap of current software models and complexities of their use discourage developers and prevent them from leveraging the full benefits of simulation,” he added.

The goal of the Robotic Autonomy in Complex Environments with Resiliency (RACER) program is to develop and demonstrate new autonomy technologies that enable ground combat vehicles to maneuver in unstructured off-road terrain at speeds that are no longer limited by the autonomy software or processing time, but only by considerations of sensor limitations, vehicle mechanical limits, and safety. At a minimum, performance at par with a human driver, or a tele-operated vehicle should be achieved. RACER will demonstrate game-changing autonomous unmanned ground vehicle mobility focused on speed and resiliency using a combination of simulation and advanced platforms.

Duality Robotics has been selected as a provider of advanced environmental simulation technology to help bridge the gap from virtual to real-world environments as part of DARPA’s (Defense Advanced Research Projects Agency) RACER-Sim program.

Over the next four years, the goal of DARPA’s Robotic Autonomy in Complex Environments with Resiliency – Simulation (RACER-Sim) program is to ensure that algorithms can be developed, validated and deployed more efficiently to enable autonomous unmanned ground vehicles (UGVs) that meet or exceed soldier driving abilities in diverse terrains and operating conditions.

To help meet this goal, Duality Robotics will leverage its expertise in bridging the physical and virtual worlds, as well as its Falcon platform for advanced digital twin simulation. The Duality Robotics team is also tasked with building a 80 km2 realistic environment wherein autonomous vehicle systems can be designed and validated, ensuring their ability to maneuver off-road landscapes as precisely as humans.

To capture the natural variations of a physical environment, no two square meters of this environmentwill be identical. In addition, the environment can be tuned to increase or decrease vegetation cover, rock sizes and other operating conditions using Pixar’s open-source Universal Scene Description (USD) format — the interoperable 3D data model that forms the backbone of Duality’s platform. The other key building block of Duality’s platform is the Unreal Engine from Epic Games which functions as a 3D operating system for the Falcon simulator as well as an authoring ecosystem with readily available 3D assets and talent.

Duality has partnered with Neya Systems, a division of Applied Research Associates, to leverage Neya’s autonomy expertise to validate the developed technologies through testing, data collection, machine modeling, and integration with autonomy stacks. By connecting to the data streams from virtual sensors in Falcon, the autonomy algorithms will make complex driving decisions in real time and passback machine actuation commands to the digital twin of the UGV. This closed loop simulation will also allow RACER participants to more quickly understand the implications of algorithm and code changes in their autonomy software, run regressions to ensure system stability, and collect synthetic data to train their machine learning (ML) models.

“With these tools and capabilities, Neya can quickly create a range of scenarios, validate new software builds and measure system performance parameters at a fraction of the cost,” said Mike Formica, Division Manager, Neya Systems.

DARPA, the Defense Advanced Research Projects Agency, has awarded Intel Federal LLC a contract to develop advanced simulation solutions for off-road autonomous ground vehicles. The company said Intel Labs will work in partnership with its collaborators, the Computer Vision Center Barcelona, and the University of Texas at Austin.

RACER-Sim includes two phases over 48 months aimed at accelerating R&D for designing off-road autonomous vehicles. In phase one, Intel said it will focus on create new simulation platforms and map generation tools that mimic off-road environments, e.g., physics, sensor modeling, terrain complexity, etc., at scale, a process, Intel said, that traditionally requires significant resources and is one of the biggest challenges in simulation workflows. The company said Intel Labs’ simulation platform will enable customization of future maps, including the creation of new environments covering more than 100,000 square miles, with a few clicks.

In phase two, Intel Labs will work with RACER collaborators to implement new algorithms without the use of a physical robot. Then, teams will validate the performance of the robot in simulation with the intent of saving time and resources. Phase two will also include the development of new sim2real techniques – the concept of training the robot in simulation to acquire skills and then transferring these skills to a corresponding real robotic system – the aim to enable training of off-road autonomous ground vehicles directly in simulation.

“Intel expects these new simulation tools to significantly improve the development of autonomous systems using virtual testing, which reduces the risks, costs, and delays associated with traditional testing and verification protocols,” the company said. “In the future, the simulation platform will go beyond validation to create AI models ready for implementation in the real world.”

“Intel Labs has already made progress in advancing autonomous vehicle simulation through several projects, including the CARLA simulator, and we’re proud to participate in RACER-Sim to continue contributing to the next frontier of off-road robotics and autonomous vehicles,” said German Ros, Autonomous Agents Lab director at Intel Labs. “We brought together a team of renowned experts from the Computer Vision Center and UT Austin with the goal of creating a versatile and open platform to accelerate progress in off-road ground robots for all types of environments and conditions.”

Intel said the gap between autonomous on-road and off-road deployment is significant. Many simulation environments exist today, but few are optimized for off-road autonomy development at scale and speed. Additionally, real-world demonstrations continue to serve as the primary method to verify system performance, according to the company.  Off-road autonomous vehicles must deal with a range of challenges, including a lack of road networks and extreme terrain with rocks and all types of vegetation, among many others. Such extreme conditions make developing and testing expensive and slow. The RACER-Sim program aims to solve this problem by providing advanced simulation technologies to develop and test solutions, reducing deployment time and validation of AI-powered autonomous systems. 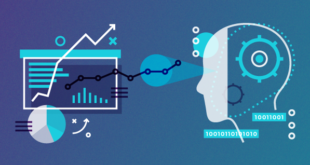