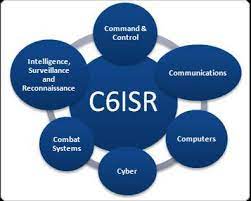 Success in traditional warfighting domains now requires mastering the Information Environment, which includes the electrometric spectrum, space, cyber domain, and the data that crosses them. Rapid data-enhanced decision-making, which increases lethality, defines warfare in the Information Age. Success depends on rapidly understanding the environment and enemy to make decisions faster than the adversary.

When it comes to supporting military operations, history has shown that effective communication and information-sharing processes are just as important as ordnance, strategy, and logistics. While information creation, communication, analysis, and exploitation have always played a key role in military strategy and operations, recent rapid progress in information and communication technologies has dramatically enhanced the strategic role of situational awareness.

The “nervous system” of the military, the collection of subsystems used to maximize situational awareness, is referred to as C4ISR—command, control, communications, computers, intelligence, surveillance, and reconnaissance. The primary objective of a C4ISR system is to present the overall scenario and picture of the area of interest (such as a battlefield, operation area of ships/forces in sea/land/air, or a disaster area, etc.). This allows a clear situational awareness for better decision-making by the mission commanders to achieve their missions. A comprehensive and better situational awareness of the battlefield helps the commander in the making of effective and timely decisions which in turn helps in effective control of the situation through advanced planning and efficient utilization of the available resources.

The terminology of C4ISR is used by the military organizations, especially by US-DoD, to mean the use of organizational setup utilized by military forces for carrying out a mission. The first C of C4ISR stands for command which means authority over subordinates with responsibility. The second C stands for control which means exercising authority over subordinates. These are the aspect of leadership and are commonly known as C2. Command and control, or C2, is defined by the DoD as “the exercise of authority and direction by a properly designated commander over assigned and attached forces in the accomplishment of the mission.

The I of C4ISR represents Intelligence, i.e. the collecting of information that is required by leaders/commanders to carry out a mission. Hence the terms C3I and C4I started coming into use over a period of time. The information is gathered through intelligence, surveillance, and reconnaissance which is the reason for the ISR part. The systematic observation of certain things is called surveillance whereas observations on specific occasions is defined as reconnaissance. Hence, the systems are now collectively termed as C4ISR systems. One of the C4ISR system example is a command and control post with an internet connection, servers, and workstations that interface with nearby ground vehicles, aircraft, and foot soldiers gathering information about the environment.

The C4ISR Networks have to handle more and more data as the number of sensors is increasing.  And perhaps even worse, the speed of decision-making needs to be improved—based on modern electronic communications—and the nature of warfare is changing; much more is anticipated to be dependent on quick decisions on a local basis. The AI revolution and accompanying technologies are transforming command, control, communications, computers, intelligence, surveillance, and reconnaissance (C4ISR) capabilities. AI will change how wars are planned and fought. AI systems will be crucial for tackling more integrated conventional, hybrid, and peacetime challenges.

Simultaneously Cyber Warfare is also changing the battlefield. Cyberattacks are increasing in number and getting sophisticated too. In the coming years, the future of military combat will include, on one hand, artificial intelligence-optimized complex command, control, communications, computers, intelligence, surveillance and reconnaissance (C4ISR) and networks and, on the other hand, autonomous intelligent Things fighting autonomous intelligent Things at a fast pace. Under this perspective, enemy forces will seek to disable or disturb our autonomous Things and our complex infrastructures and systems. Autonomy, scale and complexity in our defense systems will trigger new cyber-attack strategies, and autonomous intelligent malware (AIM) will be part of the picture.

Should these cyber-attacks succeed while human operators remain unaware or unable to react fast enough due to the speed, scale or complexity of the mission, systems or attacks, missions would fail, our networks and C4ISR would be heavily disrupted, and command and control would be disabled. New cyber-defense doctrines and technologies are therefore required.

In a conflict with a technically sophisticated adversary, NATO military networks will operate in a heavily contested battlefield. Enemy malware will likely infiltrate and attack friendly networks and systems. Today’s reliance on human cyber defenders will be untenable on the future battlefield. Autonomous cyber defense (ACyD) is a new field of research and technology driven by the defense sector in anticipation of such threats to future military infrastructures, systems and operations. It will be implemented via swarms of autonomous intelligent cyber-defense agents (AICAs) that will fight AIM within our networks and systems. Artificially intelligent agents such as AICAs will be necessary to defeat the enemy malware in an environment of potentially disrupted communications where human intervention may not be possible.

C6ISR adds “combat systems” to the framework, making for quite a lengthy acronym: “command, control, communications, computers, cyber-defense, combat systems (C6), intelligence, surveillance, and reconnaissance (ISR).” C6ISR system example can be combat information center aboard a warship with an internet connection, servers, workstations, and cybersecurity defenses, all of which support a defense system, such as the Aegis Combat System

Essentially, the only real difference between C4ISR, C5ISR, and C6ISR is the addition of facilities, equipment, personnel, and procedures related to computers, cyber-defense, and combat systems, respectively, to the C2 framework. The reason is as the military incorporates new and advancing technologies into the C2 framework, it’s likely that we’ll continue to see variations of its associated acronyms. After all, the C2 system “must be flexible to evolutionary changes enabling it to keep pace with advances in state-of-the-art technology.”

Jonathan Leitner, the radio frequency (RF) product marketing engineer for Menlo Microsystems Inc. in Irvine Calif., notes that “Battlespace dominance requires the upper hand in tactical and strategic troop and asset capabilities, and superiority with C6ISR — command, control, communications, computers, cyber-defense and combat systems and intelligence, surveillance, and reconnaissance. All of these are interconnected in a fabric that is reliant on the electromagnetic spectrum, particularly radio frequencies from HF to millimeter-wave. The U.S. will need to maintain a level of supremacy in the core RF technologies, from the component to the systems level. This will require that domestic companies stay far ahead of adversaries in core research in semiconductors, materials sciences, architectures, software tools, and manufacturing.”

The global C5ISR market size is projected to reach USD 115710 million by 2027, from USD 98010 million in 2020, at a CAGR of 3.5% during 2021-2027. Increasing defense expenditure in major economies will be a crucial factor driving the growth of this market, observes Fortune Business Insights™ in its new report,

A battlefield management system (BMS) enhances quality of decisions and enables better control of military units by integrating information collection and processing on a unified platform. One of the leading C5ISR market trends is the rising demand for BMS for military combat missions owing to the multiple advantages of these systems. For example, BMS units can be worn or handheld by soldiers and commanders individually, thereby enabling each member of the unit to access and analyze incoming information.

Moreover, these systems have preinstalled GPS modules, making it easy for soldiers to find their way through tough terrains. Most importantly, BMS ensures that the messages and orders sent and received are digitally encrypted, thus reducing the risk of interception of communication by enemy radars. Thus, the multiple benefits of BMS tools have made them an integral part of C5ISR systems and their increasing adoption, therefore, augurs well for the market.

The market size in North America stood at USD 65.80 billion in 2018 and the region is poised to dominate the market share for C5ISR, in the foreseeable future owing to the heavy investments made by the US government in modernizing its military equipment. In Canada, establishment of C5ISR centers at strategic points across the country will further boost the market. Asia-Pacific is expected to register a healthy CAGR as a result of higher budgetary allocation for the defense sectors in India and China. On the other hand, in the Middle East & Africa, strong presence of military systems suppliers will fuel the market.

The information and communication technology industry is today faced with a global challenge: develop new …