Radio frequency (RF) technologies have limitations that cannot fulfill specific requirements. For instance, underground and underwater are challenging environments due to the absorption of high frequency electromagnetic (EM) waves in dense media. For hypersonic communications, Very Low Frequencies (VLF) band signals have large EM wavelengths that can penetrate the plasma sheath layer with minimal loss, which is one of the well-known solutions in the community.

ELF/VLF stands for Extremely Low Frequency and Very Low Frequency, and refers to the range 300 Hz to 30 kHz. We’re talking about radio waves, like the AM/FM signals you get, just at an even lower frequency. On our planet, the most potent source of ELF/VLF waves is lightning, so a lot of what we do comes down to studying lightning and its various impacts on our Earth’s environment, detectable even in Antarctica.

ELF/VLF waves are useful scientifically because they largely reflect at the D region of the Earth’s ionosphere (60-90 km altitude), and are thus efficiently guided in the Earth-ionosphere waveguide to global distances. For instance, if you set up a radio receiver just about anywhere on Earth, you can pick up short bits of radiation from lightning strikes literally halfway around the world. These are called radio atmospherics, or sferics. ELF/VLF waves also penetrate into seawater, which has led to their use over the past several decades for communication with submerged submarines at long distances. From a scientific perspective, though, the reflectivity of the D region at these frequencies make ELF/VLF a unique tool for remote sensing of the D region, which responds to a variety of inputs like solar activity, lightning energy, electron precipitation from the radiation belts, cosmic gamma-rays, and earthquakes. Measurements of properties of the D region are extremely difficult, since those altitudes are too high for balloons, yet too low for satellites, so this is a useful ability. Complicating these studies, however, is the fact that the propagation of radio waves in complex media such as the plasma in the Earth’s lower ionosphere is one of the most fundamentally difficult ones in electromagnetism, violating nearly every convenient simplifying assumption like homogeneity, linearity, symmetry, and anisotropy. Numerically modeling these waves is requires the most advanced techniques available.

Because ELF/VLF waves are guided by both the Earth and the ionosphere, you can send signals around the planet. Lightning does this all the time, but we haven’t mastered it yet because to make ELF/VLF waves with an antenna, you need an antenna comparable to a wavelength. Unfortunately, a 3 kHz have has a 100 km wavelength! The Stanford ELF/VLF group is exploring an alternative method of ELF/VLF wave generation, which utilizes the same currents that make the northern lights, to turn the upper atmosphere into a big radiating antenna. Read about our HAARP program work in Alaska.

Lightning causes $10B of damage every year (in the USA), kills hundreds worldwide, poses a danger to air traffic, and scares the heck out of you when you’re driving. Understanding the physics of lightning requires advanced simulations. Lightning activity is also expected to go up a lot if global temperature continues to rise. Electric fields associated with lightning and quite difficult to measure, because this would involve putting instruments in the middle of a turbulent thundercloud, so we look at clever ways to remotely sense these fields. However, because the radio signature (like a fingerprint) of a lightning strike can be detected around the world, receiving ELF/VLF waves allows us to determine the exact location of most lightning strokes on the whole planet, with just a small number of ELF/VLF receivers scattered around. The Stanford ELF/VLF group is a pioneer in developing lightning geolocation technology. Read more about lightning geolocation with VLF.

Any signals going from a satellite to the ground (or vice versa) must pass through the ionosphere. Since the ionosphere (especially the lower part) is rapidly changing, especially at night. ELF/VLF waves give us the only reliable and continuous means of monitoring the lower ionosphere, and thereby, inferring communications outages. For instance, we can monitor ionospheric communication outages from gamma ray bursts from outer space.

When satellites are launched into space, they are immediately bombarded by a population of energetic charges particles that are trapped by the Earth’s magnetic field, called the Van Allen radiation belts. Over time, these particles can degrade and destroy satellite electronics. In periods of strong solar activity, the number of energetic particles can go through the roof, and stay there for years.

ELF/VLF waves from lightning has been shown to be a key driver of the removal of these trapped particles, by propagating as a `whistler’ wave (named for how it sounds in an audio playback) through the magnetosphere, and the Stanford ELF/VLF group is active engaged in understanding how this process works, through experiments and theoretical modeling.

Ever seen those beachcombers waving around those metal detectors over the sand to find lost jewelry or other valuables? Turns out, they use VLF. Why? Because VLF waves, unlike MHz and GHz waves, can penetrate into the ground and reflect. ELF/VLF waves may in fact be the most reliable means of subterranean mapping, or detecting underground structures. The Stanford ELF/VLF group is actively exploring how these radio waves interact with the Earth’s surface

Submarine communications are currently carried out while submerged using ELF or VLF radio waves because only very low or extremely low frequencies can penetrate the water at those depths.

Using ELF and VLF presents a number of disadvantages, however. These  frequencies offer a very high path loss, narrow bandwidth, and high bit error rate.   The VLF and ELF frequencies only offer a very low bandwidth: VLF supports a few hundred bits a second while ELF sustains just a few bits each minute which is too low to support high bandwidth data such as video.

These systems also impose severe operational limitations: these are extremely low bandwidth one-way systems that require towed antennas or buoys, and submarines need to steer specific courses and reduce their speed. The transmission sites have to be very large, meaning the submarine must tow cumbersome antenna cables, plus it usually has to align on a specific orientation and reduce speed to obtain optimal reception. The options such as submarines briefly surfacing or the use of towed antennae compromise the ability of the vessel to remain stealthy. For a submarine to retain all its tactical advantage, it must remain submerged in the mixed layer, which is around 60 to 100 metres deep, below which surface sonars cannot detect them.

“Secure communications with submarines are critical to maintain our nuclear deterrence capability and to enact the Network Centric Warfare doctrine of naval operations. As a consequence, the deployment of efficient and secure communication links with submarines is one of the greatest technological challenges presently confronted by the US Navy”, says Marco Lanzagorta, ITT Corporation.

ELF [Extremely Low Frequency 30 Hz – 300 Hz 10,000 Km – 1,000 Km wavelength] – This is the only band that can penetrate hundreds of meters below the surface of the ocean. The US Navy transmits ELF messages using a huge antenna in Wisconsin and Michigan created by several miles of cable on towers in conjunction with the underlying bedrock.

Due to the limited bandwidth, information can only be transmitted very slowly, on the order of a few characters per minute (see Shannon’s coding theorem). Thus it is reasonable to assume that the actual messages were mostly generic instructions or requests to establish a different form of two-way communication with the relevant authority.

This band is used to send short coded “phonetic letter spelled out” (PLSO) messages to deeply submerged submarines that are trailing long antenna wires. The communication is only one way, therefore it is used primarily for prearranged signals or to direct the submarine to come closer to the surface for faster communications. Environmental factors do not have a strong influence on changing the signal and therefore it is quite reliable.

The coding used for U.S. military ELF transmissions employed a Reed–Solomon error correction code using 64 symbols, each represented by a very long pseudo-random sequence. The entire transmission was then encrypted. The advantages of such a technique are that by correlating multiple transmissions, a message could be completed even with very low signal-to-noise ratios, and because only a very few pseudo-random sequences represented actual message characters, there was a very high probability that if a message was successfully received, it was a valid message (anti-spoofing).

VLF radio waves (3–30 kHz) can penetrate seawater to a depth of approximately 20 meters. Hence a submarine at shallow depth can use these frequencies. A vessel more deeply submerged might use a buoy equipped with an antenna on a long cable. The buoy rises to a few meters below the surface, and may be small enough to remain undetected by enemy sonar and radar.

Due to the low frequency, a VLF broadcast antenna needs to be quite large. In fact, broadcasting sites are usually a few square kilometres. This prevents such antennas being installed on submarines. Submarines carry only a VLF reception aerial and do not respond on such low frequencies, so a ground-to-submarine VLF broadcast is always a one-way broadcast, originating on the ground and received aboard the boat. If two-way communication is needed, the boat must ascend to periscope depth (just below the surface) and raise a telescopic mast antenna to communicate on higher frequencies (such as HF, UHF, or VHF).

Because of the narrow bandwidth of this band, VLF radio signals cannot carry audio (voice), and can transmit text messages only at a slow data rate. VLF data transmission rates are around 300 bit/s – or about 35 eight-bit ASCII characters per second (or the equivalent of a sentence every two seconds) – a total of 450 words per minute.

However, conventional antennas rely on EM wave resonance, and therefore typically have a size of more than one-tenth of the EM wavelength, which is 10 to 100 km long at VLF band. Therefore, even an electrically small VLF antenna would have huge dimensions and enormous power consumption, which is impractical to put in the vehicles. Here we propose an ultra-compact VLF communication system for underground, underwater, and hypersonic flight applications. These ME antennas with 2 to 3 orders size reduction will have great potential for most VLF applications with low cost and low power consumption.

Hwaider Lin Burlington , United States proposed a approach is based on the magnetoelectric antennas minimization mechanism, which won the NASA Tech Briefs-Create the Future Design Contest: First Prize in Electronics/Sensors/IoT Category in 2018. The VLF antenna doesn’t require the micro-fabrication process, which is easy to implement and manufacture. “Our preliminary result at 120 meters distance can reach 23 kbit/sec by direct antenna modulation with 400 mW low power consumption, where the antenna volume itself is only 0.3 cm3. By new design and materials, vacuum packaging, parametric pumping technique, and antenna arrays design, we are confident to accomplish and demonstrate >30 kbit/sec through the harsh environments with <20W low power consumption, where the antenna array volume is < 3000 cm3 at the distance of 10~100km.”

Professor Bahl from the University of Illinois at Urbana-Champaign has developed a new RF transmitter capable of transmitting at frequencies below 3 kHz while exploiting the magnetic component of the electromagnetic field. Transmitting at these low frequencies while taking advantage of the magnetic component of the electromagnetic field will allow for transmission of RF signals through conductive material such as water or the ground. Prior technology for transmitting radio signals at such low frequencies required very large antenna structures along with a large power input. The current technology weighs less than 10 kg and fits in a backpack. This technology has applications in the military as well as oil exploration, mining, and anywhere else where data communication is desired underground or underwater. 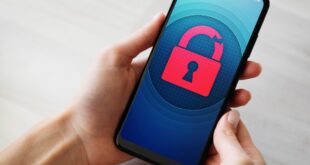