Some parts of our bodies can repair themselves quite well after injury, but others don’t repair at all. We certainly can’t regrow a whole leg or arm, but some animals CAN regrow – or regenerate – whole body parts. So what can we learn from these regenerative animals? Regeneration means the regrowth of a damaged or missing organ part from the remaining tissue. As adults, humans can regenerate some organs, such as the liver. If part of the liver is lost by disease or injury, the liver grows back to its original size, though not its original shape. And our skin is constantly being renewed and repaired. Unfortunately many other human tissues don’t regenerate, and a goal in regenerative medicine is to find ways to kick-start tissue regeneration in the body, or to engineer replacement tissues.

The Armed Forces Institute of Regenerative Medicine is working with consortiums toward growing body parts for wounded warriors. At the 2012 Military Health System Conference, from Jan. 30 to Feb. 2, Dr. Anthony Atala, director of the Wake Forest Institute for Regenerative Medicine, explained how success doesn’t come easy. Atala led a team that developed the first lab-grown organ, a bladder, that was implanted into a boy more than a decade ago. “The work in our presentation today has been performed by more than 1,000 researchers over the past 20 years,” he said.

In 1995, the Vacanti mouse, named after Dr. Charles Vacanti who created the “ear” grown on the back of this mouse, was a laboratory mouse that had what looked like a human ear gown on its back. This “ear” was actually an ear-shaped cartilage structure grown by seeding bovine cartilage cells into a biodegradable ear-shaped mold. The Vacanti mouse ear has still not been used on a human. One thing is quite clear,” Joachim Kohn cited on its development, “a human being has two ears.” You can’t walk around with a round ear and a pointy ear.”

Many advances have been made since that single event, he said. “Yet we’re still dealing with a lot of the same challenges in terms of organ rejection and shortage, and that’s why we began looking at the field of regenerative medicine for some of these answers,” he said. Regenerative medicine is not a new field.

With a field that’s been around so long, why have there been so few clinical advances?

“Three major challenges, if I were to point to the most relevant: an inability to expand normal primary human cells outside the body, inadequate bio materials, and vascularity. Just 30 years ago, we did not have the knowledge to grow cells outside the body. We now can take these cells that before could not be expanded, and by knowing where the progenitor cells were located and knowing the growth factor biology, we could now expand these cells very readily,” Atala said.

“We can take a very small piece of tissue, less than half the size of a postage stamp and by day 60 have enough cells to cover a football field. But even in 2012, with all the advances that we have made scientifically throughout the world and all the scientists working in cell biology, there are still certain cell types that we cannot grow outside the body from patients,” he said.

The third challenge was vascularity. How can these cells grow and expand inside the body? “Well, how does nature do it? Nature does it by branching — from the lowest forms of life, such as algae which you may see at the bottom of the ocean floor, to a leaf, to the branches of a tree, to the blood vessel. In fact, branching is a solution to nutrient diffusion. And that is why many different laboratories started working on scaffold systems that under a naked eye look like a piece of your shirt or your blouse. Under a microscope it has this branching pattern which allows the cells to lay down like a hammock supporting this cell sheet that then provides the porosity necessary,” Atala said.

The easiest tissue formation, he said, is skin. Tubular organs are not as easy, and hollow non-tubular organs, such as the vagina, bladder and uterus, are complex. The most complex are solid organs, such as the penis, liver and kidney, which so far are not yet ready for human regeneration. The Armed Forces Institute of Regenerative Medicine is one of the major outgrowths of the nearly 10-year war in Iraq and Afghanistan. Created by the U.S. Army Medical Research & Materiel Command in 2007, AFIRM develops and oversees a network of academic research teams working on advanced treatment options for severely wounded warriors.

The AFIRM director is Terry Irgens, a retired Navy pharmacist, hospital executive officer, and medical logistician. In an article which first appeared in “The Year in Veterans Affairs & Military Medicine: 2011-2012 Edition,” he explained the genesis of AFIRM. “When this began, we had a lot of wounded warriors coming back with severe disfigurations, missing limbs, and other injuries that were unusual because, in the past, the survival rate for those was not as great as today,” Irgens explained. “A lot of research going on in regenerative medicine was ‘way out there,’ so to speak, but up and coming. DOD held some conferences on the topic and experts explained what was being done in growing organs, tissue growth, different scaffolds for making ears and such,” he said.

During an April 17, 2008 Pentagon press conference, then Army Surgeon General Lt. Gen. Eric Schoomaker announced the establishment of AFIRM, after first putting out a project announcement in 2007 which focused on five areas: burns, scarless wound treatment, limb and digit salvage, compartment syndrome repair, and wounds to the face. At the same time, President George W. Bush got interested in this technology and was able to double the funding, so awards were given to two consortia instead of only one, each of which covered all five focus areas.” “The primary driver was the number of casualties returning, which was a good thing in terms of a high battlefield survival rate, but they were coming back with catastrophic injuries that required new technologies and treatments,” Irgens said. The primary cause of injuries during the past 10 years of conflict has been the improvised explosive device.

“Improved armor and battlefield care have kept alive wounded warfighters who would not have survived any previous war, but (this) also led to a substantial increase in severe wounds to the face and limbs. The pressure on military medicine then became a way to improve the survivors’ quality of life,” Irgens said. “Bringing new therapies to the wounded warrior requires persistence, stable leadership, some funding, and a lot of patience over the seven-to-10-year medical development cycle,” said Kohn.

The Defense Advanced Research Projects Agency (DARPA) has issued a new Request for Information (RFI) seeking input from academia and industry on organ regeneration. ASME has identified bioengineering as a core technology are where the contributions of mechanical engineers could have a significant impact. This RFI is in line with ASME’s own technology priority areas and encourages further research in basic and transitional technologies to promote organ regeneration.

The request has been issued by the Biological Technologies Office (BTO) of DARPA, an office that is responsible for developing new capabilities that revolutionize how the United States prepares to counter potential bioterrorism. This solicitation specifically requests feedback that will aid the office in facilitating and accelerating “research on neurological and critical organ regeneration with the goal to make substantial advancements in the next five years towards identifying, harnessing, and modifying developmental and molecular pathways resulting in regeneration after injury.” In calling out a timeline of five years, it is clear BTO hopes to make rapid, substantial progress in the space. ASME will continue to monition BTO’s activities and provide further information in its work on bioengineering mammal organs.

While the liver is the only internal organ capable of limited regeneration, other terminally differentiated cellular structures and organs lack this ability in most mammals. This is in contrast to some lowervertebrate organisms, especially in their earlier developmental stages. What developmental aspects, in humans, and more complex mammals are inactive in response to critical internal organ injury? To promote the goals of internal organ regeneration, BTO is interested in basic and translational research that may include, but is not limited to, the following:

1. Identification of specific gene expression pathways through single cell sequencing and other state of the art methodologies.
2. In-depth analyses of master regulators and gene networks necessary and/or sufficient for organ development and regeneration (e.g., individual cells, immune responses, extracellular matrix, tissue types) in proper spatial organization.
3. New targeted comparative biology studies in regenerating and non-regenerating animal models (beyond traditional studies using axolotl and pre-metamorphosis models) to provide key mechanistic insight on the lack of regeneration ability in humans.
4. Major insight into the endogenous processes (molecular and cellular) contributing to spatiotemporal identity of cells and organs including but not limited to homeotic gene networks, morphogen gradients, and other important developmental processes.
5. Identifying the ecto, endo, and mesodermal interplay of specific organ precursor cells necessary to create functional cellular structures and approaches to manipulate those cells in nonregenerating in vivo systems.
6. The role of immune system modulation in regeneration, and how inflammation and scarring can interface with actual regenerative efforts.
7. The role of extracellular matrix and exogenous artificial scaffolds (such as nanoscaffolds) in suppressing inhibitory environments and promoting organ regeneration.
8. Novel technologies and approaches to facilitate organogenesis in vivo in mammals. 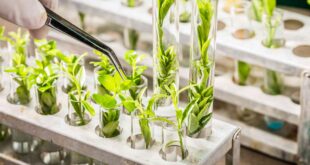