Traditionally, the satellite industry has relied on geosynchronous earth orbit (GEO) satellites that take years to build and require very expensive launches to deliver them to orbit. Satellite networks using geosynchronous equatorial orbit (GEO) are effective at providing stationary coverage to a specific area, however, Latency issues due to the distance of these orbits limit the ability of these satellites to be used for real-time communications like voice or live video transmissions.

NewSpace drives the changing of the business models in the space with shorter lifetimes, high performance, and a substantially lower investment compared with traditional satellites. These changes have been disruptive, affecting design processes, design, and verification test requirements, and cost of test.

This increase in the number of satellite uplink and downlink stations will require systems to be designed to reject real-world RF interference from other uplink and downlink transmitters, as well as constellation communications between satellites as part of the relay network.

Another change that we are seeing is the move towards the use of higher frequencies such as Ka Band. Increasing channel bandwidth not only enables higher data rates per client, but also extends the number of channels for higher system capacity. High-throughput satellites now use transponders with bandwidths up to 2.1 GHz to achieve required data rates at Ka-band. Most HTS typically file for 3.5 GHz bandwidth in Ka-band: 27.5 – 31 GHz for uplink and 17.7 – 21.2 GHz for downlink.

The utilization of higher frequencies and wider bandwidths in satellites requires more complex testing and characterization to ensure that components and systems meet demanding space requirements. For a variety of test scenarios essential to the design, verification, and manufacturing of satellite components and systems, signal analysis and signal generation are the fundamentals of a robust test system.

The integration of such a test system requires a combination of software and hardware tools. You can use off-the-shelf instruments to build the system, but need to calibrate the frequency responses across the entire bandwidths of both the signal generation and analysis.

NewSpace networks typically deploy fixed antenna user terminal designs that employ a parabolic or phased-array terminal solution that mounts to a fixed position or even on maritime or aero vehicles. These CPE-like devices then typically communicate via a commercial interface, such as Ethernet, to a commercial, off-the-shelf device, such as a server, base station or Wi-Fi router. The user terminal acts as a transparent relay to a preferred commercial user device.

Different NewSpace design approaches impact ground station functionality. Networks based on digital regenerative payloads implement much of the radio resource management on board the satellite. For bent pipe systems, the radio resource management controls reside in the ground station, which direct the user terminals regarding IP scheduling and radio control.

From a testing perspective, the ground stations require similar testing to the user terminals. The need for RF calibration and modem verification are similar, although the cost and test methodologies could differ depending on cost and complexity. Fewer ground stations exist in a network, significantly reducing handover burdens. However, the larger data throughput and combining of multiple return link signals adds significant complexity to the bandwidth and data handling. With the lower volume and higher responsibility, ground station modems and RF systems require longer test times, typically.

While the single network emulator generally proves individual terminal modem and RF functionality, the constellation simulator adds increased complexity to the test models that most closely resemble actual working network conditions. Static GEO systems did not require such complex systems for verification. However, complex RRM intensive systems, such as LEO NewSpace constellations, require a constellation simulator to reduce the tremendous risk of failure that is extremely difficult to troubleshoot with orbiting satellites.

For a variety of test scenarios essential to the design, verification, and manufacturing of satellite components and systems, signal analysis and signal generation are the fundamentals of a robust test system.

For signal generation, you need:

For signal analysis, you need:

Carrier-to-noise ratio is one key parameter of receiver testing along with energy per bit-to-noise power density (Eb/No) and carrier-to-interference (C/I), combined key ratios like this give a full picture of what levels of interference or noise a channel or receiver can tolerate. Testing system performance for these different parameters and optimizing for desired performance levels is time consuming and error prone due to the manual trial and error process of measuring levels and resetting generators.

Carrier-to-Noise Ratio Testing with the UFX7000A

Carrier-to-noise (C/N) ratio is one of the most common parameters to test when determining the performance of a satellite communications channel. The more noise a channel can tolerate, the better the quality of the link, making the system more reliable.

Noisecom UFX7000A instruments provide a flexible architecture to create sophisticated noise signals enabling satellite system designers to test the unique characteristics of their RF uplink and downlink paths in the presence of noise.

The UFX7000A is a precision, programmable broadband noise generator. When used in conjunction with a power meter or spectrum analyzer a test engineer can create a specific carrier-to-noise ratio to evaluate system performance and receiver tolerance to interference testing. In this example the power meter is used to measure the signal power level and based on the noise bandwidth, a test engineer or technician can calculate the noise power required to create the desired carrier-to-noise ratio.

Amplifier performance is important in a system as non-linearities will reduce the dynamic range of the communications channel by limiting the lowest power level of a signal that can be received erroneously. Noise power ratio is a convenient way to test for non-linearities created in a system.

The performance of high power amplifiers with many carriers (>10) is normally tested using a noise power ratio (NPR) measurement. In this test white noise is used to simulate the presence of many carriers of random amplitude and phase. The white noise is first passed through a bandpass filter (BPF) to produce an approximately square spectral pedestal of noise of about the same bandwidth as the signals being simulated. This signal is then passed through a narrow band-reject filter to produce a deep notch at the center of the noise pedestal.

This noise signal is used to excite the test amplifier. Amplification will produce IMD products, which tend to fill in the notch.  The amount that the notch fills in gives an indication of the non-linearities generated in the device or system under test and is used to determine the noise power ratio of an active component in the system or the system as a whole. The depth of the notch at the output of the amplifier can be observed with a spectrum analyzer, and is the measure of the NPR.

RF calibration, or tuning and alignment for RF frontend modules, is common to both mobile phone and user terminal manufacturing. Terminals must compensate for nonlinearities in power amplifiers during the manufacturing process. Basically, this requires frequency and power measurements, sometimes using CW signals, and other times using calibrated modulated wideband signals.

Noise is an excellent option to be used as a receiver reference or as built-in test equipment (BITE) to evaluate system performance. Switching in a noise source enables the receiver to collect spectral data of its front end and model the system.

Today, most mobile phone type-approval systems utilize conducted test strategies. Depending on the component or subsystem, these conducted test connections exist at either the IF or RF link. Conducted testing allows for simple and effective troubleshooting and isolating any performance problems. It also more easily allows design engineers to characterize both the early stage pre-compliance performance, as well as final performance verification.

Generally, conformance testing is performed at the conducted port(s) of the device under test (DUT) and is based on pass/fail tests. Traditionally the mobile phone industry uses conducted measurements, but for satellite user terminals with beamforming and tracking antennas, over the air RF measurements supplant conducted methods.

The wireless industry is still debating how best to accomplish this for satellite user terminals and next-generation 5G mobile phones. Traditional antenna test facilities can be used, but they are very expensive, usually exceeding one million dollars for each device commercialization. Many near fields and quasi near field chamber concepts are under investigation.

OTA test systems analyze and optimize the radiated device performance and provide a controlled physical environment to validate terminal radiated performance with industry, operator and internal company requirements. OTA systems verify the antenna patterns and the wireless system performance of the transmitter and receiver chain, such as TRP and TIS/TRS respectively. These measurements follow test plans and detailed test and setup procedures published by industry organizations such as CTIA and 3GPP 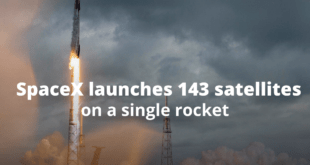 Global interest in nano and microsatellites (< 100kg) is increasing. The miniaturization of electronics, together …