For many people, today’s world is an insecure place, full of threats on many fronts. Protracted crises, violent conflicts, natural disasters, persistent poverty, epidemics and economic downturns impose hardships and undercut prospects for peace, stability, and sustainable development. Such crises are complex, entailing multiple forms of human insecurity. When they overlap, they can grow exponentially, spilling into all aspects of people’s lives, destroying entire communities and crossing national borders.

Human security is an emerging paradigm for understanding global vulnerabilities whose proponents challenge the traditional notion of national security through military security by arguing that the proper referent for security should be at the human rather than national level.

As noted in General Assembly resolution 66/290, “human security is an approach to assist Member States in identifying and addressing widespread and cross-cutting challenges to the survival, livelihood and dignity of their people.” It calls for “people-centred, comprehensive, context-specific and prevention-oriented responses that strengthen the protection and empowerment of all people.”

The Canadian government, which has made human security one of the hallmarks of its foreign policy has adopted a similar definition: “Human security means freedom from pervasive threats to people’s rights, safety and lives.”

Human security addresses sustainable peace by recognising the social, economic, and political grievances that are often the root causes of conflict and societal violence. It challenges us to consider participatory ways of doing and evaluating our work. The human security approach is not only centred on people as objects of interventions, but also as providers of security in their own right.

Echoing human security principles, the 2030 Agenda emphasizes a “world free of poverty, hunger, disease and want … free of fear and violence … with equitable and universal access to quality education, health care and social protection … to safe drinking water and sanitation … where food is sufficient, safe, affordable and nutritious … where habitats are safe, resilient and sustainable … and where there is universal access to affordable, reliable and sustainable energy”.

Human security, based on its core vision to achieve freedom from fear, want and indignity, can help address challenges stemming from and resulting in persistent conflicts, marginalization and abject poverty. It emphasizes the triangular relationship between peace and security, development and human rights, highlighting their indispensable connections. This means, for example, that poverty reduction strategies are
attuned to root causes and remedial solutions to stem violence and other forms of fragility, and stop their impact on the achievement of inclusive and sustainable development.

The UNDP’s 1994 Human Development Report’s definition of human security argues that the scope of global security should be expanded to include threats in seven areas:

Economic security – Economic security requires an assured basic income for individuals, usually from productive and remunerative work or, as a last resort, from a publicly financed safety net. In this sense, only about a quarter of the world’s people are presently economically secure. While the economic security problem may be more serious in developing countries, concern also arises in developed countries as well. Unemployment problems constitute an important factor underlying political tensions and ethnic violence.

Food security – Food security requires that all people at all times have both physical and economic access to basic food. According to the United Nations, the overall availability of food is not a problem, rather the problem often is the poor distribution of food and a lack of purchasing power. In the past, food security problems have been dealt with at both national and global levels. However, their impacts are limited. According to UN, the key is to tackle the problems relating to access to assets, work and assured income (related to economic security).

Health security – Health security aims to guarantee minimum protection from diseases and unhealthy lifestyles. In developing countries, the major causes of death traditionally were infectious and parasitic diseases, whereas in industrialized countries, the major killers were diseases of the circulatory system. Today, lifestyle-related chronic diseases are leading killers worldwide, with 80 percent of deaths from chronic diseases occurring in low- and middle-income countries.  According to the United Nations, in both developing and industrial countries, threats to health security are usually greater for poor people in rural areas, particularly children. This is due to malnutrition and insufficient access to health services, clean water and other basic necessities.

Personal security – Personal security aims to protect people from physical violence, whether from the state or external states, from violent individuals and sub-state actors, from domestic abuse, or from predatory adults. For many people, the greatest source of anxiety is crime, particularly violent crime.

Community security – Community security aims to protect people from the loss of traditional relationships and values and from sectarian and ethnic violence. Traditional communities, particularly minority ethnic groups are often threatened. About half of the world’s states have experienced some inter-ethnic strife.

Political security – Political security is concerned with whether people live in a society that honors their basic human rights. According to a survey conducted by Amnesty International, political repression, systematic torture, ill-treatment or disappearance was still practised in 110 countries. Human rights violations are most frequent during periods of political unrest. Along with repressing individuals and groups, governments may try to exercise control over ideas and information.

Technology has certainly changed the way the world works, influencing almost every aspect of modern social life. But,
while modern technology undeniably brings a number of advantages to people, it has also some negative implications for the life of individuals. For example, while technological materials and knowledge could lead to the improvements in medicine, agriculture, energy, and other areas that are important for humankind, they can also be exploited for the illicit production of some weapons and goods.

Then the question arises how these technologies can be used responsibly to assist those in need, prevent abuse, and protect people from harm. Therefore, it is important to examine the relationships between new technologies
and their implications on security needs of human beings. Especially with the rapid increase in different surveillance technologies, the social impact of technologies has become the subject of an extended political and societal debate.

Although the Internet is the biggest tool for expression and information-sharing in the world, some racist, nationalist and/or radical groups can find opportunity to increase the number of their followers, and spread their ‘hate speeches’ to many people by using social media channels.

Moreover, unequal distribution of technology is another problem, especially for less-developed parts of the world in which significant number of people have difficulties in terms of access to advantages of new technologies. And also, technological developments can generate both positive and negative implications for the life conditions of individuals.

Great scientist-sage Albert Einstein, while speaking to students at Princeton University in the 1930s, said: “Concern for man [humanity] and his [its] fate must form the chief interest of all technical endeavors. Never forget this amongst your diagrams and equations.”

Prevention is the core objective of human security. It addresses the root causes of vulnerabilities, focuses attention on emerging risks and emphasizes early action. It strengthens local capacities to build resilience, and promotes solutions that enhance social cohesion and advance respect for human rights and dignity.

Recognizing that the root causes and manifestations of challenges vary significantly across countries and communities, human security promotes responses that are grounded in local realities. It helps localise international and national agendas to ensure that no one is left behind.

Human security is threatened by disease, hunger, poverty, environmental degradation and physical threats. In the case of each of these threats, technology has a potential to ameliorate the conditions.

New technologies have made crucial contributions in terms of increasing awareness of people about their physical, social, economic, political and security environment more quickly than ever before. For instance, mobile phone cameras can easily document and distribute images of physical violence around the world. As another example, drones and satellites can assess disasters from afar. Furthermore, data collected from social media can provide real-time awareness about political protests.

In a digitalised and technologically connected world, information will become an even more powerful tool for development, coordination and, persuasion. In this respect, social media give a new meaning to human rights by promoting access to knowledge, and revealing human rights abuses and violations.

Real-time photos and videos uploaded to social media can expose government corruption or abuse and increase government responsiveness to citizen concerns. Under the pressures of information and telecommunication technologies,
states are enforced to be more transparent and accountable in their political practices and respectful to human rights by their own citizens.

According to the World Summit on the Information Society’s Tunis Commitment, information and communication technologies can play a role in preventing conflicts through early-warning systems, promoting peaceful conflict resolution, supporting humanitarian action, facilitating peacekeeping missions, and assisting post-conflict peace-building and reconstruction. There are many practical dimensions of science applied to human security one is a technology for peace monitoring.

The technologies include night vision equipment, radar (both ground and airspace surveillance), chemical and biological sensors.  These technological tools can be used for early warning, preventive action, peacekeeping, peacebuilding and peace enforcement.

Since it is at night when most criminal activities take place in violation of international law or agreements, the capacity to observe at night is essential. Similarly, the need for aerial and satellite observation is a key to effective international monitoring. Many UN missions have been less effective because of the lack of these capacities. The UN has found itself “deaf and blind” because of the inability to gather information about conditions in the field. As Ambassador Gonzalez, who chaired the UN committee that developed the fifteen principles of remote sensing, will tell you: observation from outer space is a freedom which holds great benefits for strengthening peace.

In terms of health security and food security, biotechnology, and more specifically genomics, has an enormous potential to improve current situations in the medium and long term. The potential role of biotechnology in meeting the food needs of the poor people should not be ignored. In terms of drinkable water needs of people, technological developments can make important contributions by providing better management of water resources, technical advice for better management of groundwater, desalination of seawater and harvesting rainwater.

In this respect, for example, Artificial Intelligence (AI) holds much promise to enable the international community, governments and civil society to predict and prevent human insecurity. It is argued that in the coming years AI will be helpful in the domain of human security-related activities in terms of knowledge, planning and empowerment. 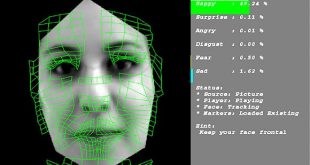 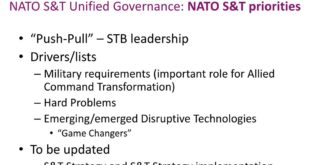