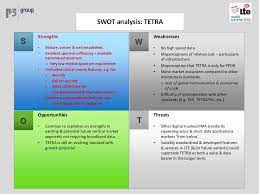 Mission-critical networks are those that are essential for some mission accomplishment (mostly public safety), and business-critical networks serve businesses that cannot operate without reliable communications (transport, electricity, oil and gas production etc.).

Critical communications need to be Fast, reliable, and with high availability. Time is critical for police, fire and rescue, and emergency medical teams, but also for mining teams, metro drivers, airport personnel, and teams responsible for oil pipelines or electricity grids. They all need to communicate within the team and with their colleagues on a mission-critical level.

Availability means that the users can access the system’s resources and applications when they need them. The most common reason why a system becomes unavailable is a natural disaster such as a heavy storm. A storm can destroy equipment, cut transmission, or cause power breaks. Other reasons include human error, software faults, or even cyber-attacks. A traffic overload on the system will also degrade the service for the users. The service may become completely unavailable in an extreme overload situation. Exclusive capacity can be set up for certain users. For example, certain radio access can be dedicated to serve priority users only

Priorities are important because they help guarantee the safe delivery of critical information. Versatile priorities help make sure that the right people can always get through quickly when they need to. Mission-critical users need to have priorities over consumers and other users.  Guarantee that emergency calls initiated by a mission-critical user are always served. An emergency call has to have the highest priority. As soon as the emergency call button is pressed, it has to get through. Certain users and teams have more critical communications to share than others, so their communications must have different priorities. When there is an excess of traffic and the system is close to overload, highest priority communications should interrupt any lower-priority call, and the system should cut down lower-priority calls altogether when necessary.

To ensure efficient systems that are always available when we need them, standardization is essential. For nearly a century, the critical communications industry has relied on narrowband LMR (Land Mobile Radio) networks for mission-critical voice and low-speed data services. While the technology is simple, it is incredibly effective at its job: delivering high quality and high-reliability voice channels to users (e.g., first responders, industrial workers, transport workers) in any conditions.

Over time, these systems have evolved from relatively basic analog radios to digital communications technologies, such as P25 (Project 25) and TETRA, to provide superior voice quality, end-to-end encryption and other advanced features. It is often said that there are three ‘Rs’ of the greatest importance for any critical telecommunications network: resilience, reliability, and recovery. These are achieved through some more ‘Rs’ – redundancy and robustness. To meet those requirements, there are technology standards that have been designed specifically with resilience and security at their core – these include TETRA, P25, Tetrapol and DMR. They are all well-established narrowband systems leveraged for both mission and business critical networks around the world.

However, due to their inherent bandwidth and design limitations, even the most sophisticated digital LMR networks are unable to support mobile broadband and data-driven industrial IoT applications that have become vital for public safety, military, utilities, transportation, oil and gas, mining and other segments of the critical communications industry.

Today, voice communications and low-speed data transmission no longer meet the needs of emergency services, whose users also require the transmission of large amounts of data, images and video materials. With the introduction of the NG112 systems, which will enable citizens to contact emergency services through video-call or text, and transfer other crucial data about the emergency situation, there is a clear need to transfer this information quickly and completely to and among the first responders in the field.

With the rapid development of technologies that enable the transmission of large amounts of data, including video transmission, such as LTE and 5G, broad-band networks for critical communications are also represented. The Third Generation Partnership Project (3GPP) community has developed a set of standards for mission-critical functions for broadband networks (LTE, 5G). These cover push to talk, data and video features. Long-Term Evolution (LTE) is expected to bring increased data speeds and enhanced capacity when compared to Land Mobile Radio (TETRA and others). The aim of these standards is therefore to ensure that LTE provides these benefits without compromising on features such as high availability and security that are crucial for emergency services’ activities and have been well-proven by professional mobile radio technology. Critical communications have crossed the path from dedicated standards to become a part of the mainstream standards.

Many countries are moving towards broadband-based networks, as they provide increased data speeds and enhanced capacity. However, Land Mobile Radio still holds an important place in mission critical communications and has a proven track record for high availability and security. The development of an interface between the two technologies – LMR and LTE – is therefore an important task. 3GPP and ETSI are working hard to complete this as soon as possible. Interworking solutions between TETRA and Mission-critical Broadband systems will be particularly important over the medium term and will give emergency organisations the maximum choice in future migration plans whether temporary or on a long-term basis.

Despite the economic slowdown due to the COVID-19 pandemic and other challenges, SNS Telecom & IT estimates that global investments in LTE and 5G network infrastructure for critical communications will surpass $3 Billion by the end of 2020. The market is further expected to grow at a CAGR of approximately 13% between 2020 and 2023, eventually accounting for nearly $5 Billion by 2023.

However, critical communication tend to suffer low spectral efficiency, limited data transport capabilities, slow evolution and high costs owing to lack of economies of scale. For this reason it is not unusual for public safety agencies to enhance their voice communications through private networks with carrier network voice and mobile broadband data. This factor is among the key challenges faced which limits the growth in revenue of global critical communication market.

The 3GPP-defined LTE and 5G NR standards have emerged as the leading candidates to fill this void. Over the last decade, a plethora of dedicated, hybrid commercial-private and MVNO-based 3GPP networks have been deployed to deliver critical communications broadband capabilities – in addition to the use of commercial mobile operator networks – for application scenarios as diverse as PTT group communications, real-time mobile video surveillance, AR/VR (Augmented & Virtual Reality), wirelessly connected robotics, and automation in industrial environments.

The world leader of 4G/5G critical communications is First Net in the US. The First Net nationwide build-out continues to move forward with more than 13,000 public safety agencies and organisations using more than 1.5 million connections on the First Net network. In March 2020, the network achieved a key milestone with AT&T’s release of First Net Push to Talk (PTT). This feature allows a smartphone to be used like a radio. Emergency professionals can communicate in one-to-one or one-to-many calls with a single press of a button.

Over in the UK, ESMCP (Emergency Services Mobile Communication Programme) introduced a gradual, product based release schedule, in order to replace the Airwave TETRA network with broad-band. 2021 should see larger numbers of User Organisations starting to trial using the next release of Mission Critical Press to Talk functionality. Other countries have announced their plans for moving to broadband, especially in Scandinavia.

Wireless electronic systems have been relying on dish antennas to send and receive signals. These …