The unmanned underwater vehicles (UUVs) depend on stealth as they conduct surveillance and reconnaissance and other missions in the deep oceans. With GPS signals unable to penetrate the ocean’s surface, these UUVs can rely on inertial sensors to provide acceptable positioning information during short missions. On longer missions, however, inertial sensors accumulate error, forcing the vehicles to risk exposing themselves to enemies as they periodically surface to obtain a GPS fix.

GPS rely on Radio waves  that do not propagate well underwater due to the high attenuation. In fact, radio waves propagate at long distances through conductive salty water only at extra low frequencies (30− 300Hz), which require large antennae and high transmission power. However, the acoustic waves are low frequency waves which offer small bandwidth but have long wavelengths. Thus, acoustic waves can travel long distances and are used for relaying information over kilometers

The Defense Advanced Research Projects Agency (DARPA) is addressing this issue by funding the development of a small number of acoustic transmitters that can be anchored to fixed locations around ocean basins to serve as an undersea navigation constellation.

“Stealth is a critical capability for counter-anti-access/area denial (C-A2AD) missions,” said Joel Parry, Draper’s maritime warfare and intelligence, surveillance and reconnaissance (ISR) lead. “Giving UUVs GPS-like accuracy anywhere in the ocean, without the need for surfacing or active signal emissions, will significantly boost the chances of success of the types of missions that UUVs take on today, and will enable them to conduct missions that would be considered too risky today because of the chance of detection.” Some of these dangerous missions could be locating underwater mines and track enemy subs.

Defense Secretary Ashton Carter told that $600 million shall be invested over the next five years toward unmanned undersea technology development. He further told sailors that variable size and variable payload unmanned undersea vehicles shall be developed that shall lead to  new capability of “distributed lethality,” defined by Carter as “making our ships and aircraft work together in ways that they haven’t before but technology makes possible.”   “So you’re going to see a fleet that is much more powerful, much more lethal, much more connected,” Carter said.

The engineering solution used on POSYDON could also be used for civilian applications, such as underwater surveys, helping avert delays while the vehicle surfaces and errors that can occur between GPS fixes, Parry said.

The contract will support a program called the Positioning System for Deep Ocean Navigation (POSYDON), which seeks to allow undersea vehicles to accurately navigate while remaining below the ocean’s surface. The vehicle instrumentation needed to capture and process acoustic signals for accurate navigation will also be developed under this program. The company will leverage its expertise and capabilities in signal processing, acoustic communications, interference cancellation, and anti-jam/anti-spoof technologies for the program.

The Positioning System for Deep Ocean Navigation (POSYDON) program aims to develop an undersea system that provides omnipresent, robust positioning across ocean basins. By ranging to a small number of long-range acoustic sources, an undersea platform would be able to obtain continuous, accurate positioning information without needing to surface for GPS fixes or to use high cost inertial systems that are typical of current UUVs.

Draper’s work on POSYDON begins by developing high-fidelity models of how the positioning signals will travel through the ocean as well as developing the signal waveforms. DARPA’s current plans for the program call for at-sea demonstration of the system in 2018.

Phase I of the program focuses on accurately modeling the signal propagation channel, and Phase II focuses on developing the signal waveform. A complete positioning system is scheduled to be demonstrated in Phase III.

Following the baseline deployment and survey, the acoustic positioning system is ready for operations. In the long baseline example, an interrogator (A) is mounted on the ROV that is to be tracked. The interrogator transmits an acoustic signal that is received by the baseline transponders (B, C, D, E). The reply of the baseline transponders is received again at the ROV. The signal time-of-flight or the corresponding distances A-B, A-C, A-D and A-E are transmitted via the ROV umbilical (F) to the surface, where the ROV position is computed and displayed on a tracking screen. The acoustic distance measurements may be augmented by depth sensor data to obtain better positioning accuracy in the three-dimensional underwater space.

Short-baseline (SBL) systems use a baseline consisting of three or more individual sonar transducers that are connected by wire to a central control box. Accuracy depends on transducer spacing and mounting method.

Acoustic positioning systems can yield an accuracy of a few centimeters to tens of meters and can be used over operating distance from tens of meters to tens of kilometers. Performance depends strongly on the type and model of the positioning system, its configuration for a particular job, and the characteristics of the underwater acoustic environment.

An autonomous underwater vehicle (AUV) known as Icefin has already ventured deep under the vast Ross Ice Shelf in Antarctica, simultaneously testing a unique vehicle design and gathering new information on conditions beneath the ice. Icefin was designed and built in just six months by a team led by researchers from the Georgia Tech School of Earth and Atmospheric Sciences collaborating with an engineering team from the Georgia Tech Research Institute (GTRI)

“GPS signals are blocked by water and ice under the Ross Ice Shelf, and, at the same time, the water is quite murky, making navigation with optical devices a challenge,” explained Mick West, a principal research engineer who led the GTRI development team and participated in the recent Icefin mission in Antarctica. “In some ways, this kind of marine application is really helping to push robotic autonomy forward, because in an underwater environment unmanned devices are completely on their own.”

The sensors were supported by a software-based technique known as simultaneous localization and mapping (SLAM) – computer algorithms that help an autonomous vehicle map an area while simultaneously keeping track of its position in that environment. Using this approach, Icefin could check its exact position at the surface via GPS, and then track its new locations relative to that initial reference point as it moved under the ice. Alternatively, it could navigate using local features such as unique ice formations.

@Rajesh Uppal@idstch
Previous Black phosphorous, the new wonder material for electronic, optoelectronic and thermoelectric devices.
Next Top 10 emerging technologies of 2016 that will improve lives, revolutionize industries, and protect the planet according to the WEF 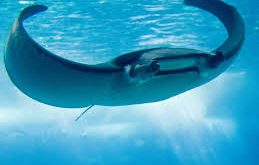