A vertical launching system (VLS) is an advanced system for holding and firing missiles on mobile naval platforms, such as surface ships and submarines. Each vertical launch system consists of a number of cells, which can hold one or more missiles ready for firing. Typically, each cell can hold a number of different types of missiles, allowing the ship flexibility to load the best set for any given mission. Further, when new missiles are developed, they are typically fitted to the existing vertical launch systems of that nation, allowing existing ships to use new types of missiles without expensive rework. When the command is given, the missile flies straight up long enough to clear the cell and the ship, and then turns on course.

US MK41 VLS is below-deck, multi-mission launching system capable of defending the mobile naval platforms, such as surface ships and submarines from numerous threats. The MK41 VLS is capable of launching anti-air, anti-submarine, surface-to-surface and strike missiles, and can respond to directions from multiple weapon control systems. Vertical launch systems (VLS) have become the standard for guided missile launchers in modern submarines and surface warships.

On 7 October 2015, the Gepard class frigate and three Buyan-M class Russian Navy corvettes, part of the Caspian Flotilla, launched 26 Kalibr-NK system cruise missiles 3M14T from the Caspian Sea at 11 targets in Syria. It was the first real-world test of its Kalibr land attack cruise missile – a game changer, making Russia a member of the elite club of countries.

The Kalibr is designed to share common parts between the surface and submarine-launched variants but each missile consists of different components, for example, the booster. The missile can be launched from a surface ship with a Vertical Launched System (VLS) and a booster with thrust vectoring capability.

US House Armed Services Committee (HASC ) is  funding to explore new offensive missiles for the Navy’s amphibious ships (which currently have none), land-based anti-ship missiles and longer-reaching land-attack batteries for the Army, and futuristic electromagnetic railguns that can knock incoming missiles out of the sky, as reported by Clay Dillow in Fortune.

One of the  way  (HASC)  wants to turn that around is by ordering the Navy to look into installing missile tubes on the Navy’s amphibious ships—transports that currently have no missile power and are used to ferry Marines. The Navy’s Vertical Launch System missile tube can accommodate a range of both offensive and defensive missiles, so adding them to its fleet of assault ships could create two dozen new missile-launching platforms over the next several years.

Russia has voiced complaints on deployment of the land-based variation of the shipborne missile canister launching system could thus be considered a direct violation of the INF treaty.For instance, the MK-41 Vertical Launching Systems are capable of firing intermediate-range cruise missiles, including Tomahawk subsonic cruise missiles. US and Russia have accused each other on the violations of the Intermediate-Range Nuclear Forces Treaty (INF) signed by the Soviet Union and the United States in 1987.

American surface-ship VLSs have the missile cells arranged in a grid with one lid per cell and are “hot launch” systems; the engine ignites within the cell during the launch, and thus it requires exhaust piping for the missile flames and gasses. France, Italy and Britain use a similar hot-launching Sylver system in PAAMS.

Russia produces both grid systems and a revolver design with more than one missile per lid. Russia also uses a cold launch system for some of its vertical launch missile systems, e.g., the Tor missile system. The People’s Republic of China uses a circular “cold launch” system that ejects the missile from the launch tube before igniting the engine on the Type 052C destroyer, and also a rectangular ”hot launch” system with one lid per cell arranged in a grid on the Type 054A frigate.

An advantage of a hot-launch system is that the missile propels itself out of the launching cell using its own engine, which eliminates the need for a separate system to eject the missile from the launching tube. This potentially makes a hot-launch system relatively light, small, and economical to develop and produce, particularly when designed around smaller missiles. A potential disadvantage is that a malfunctioning missile could destroy the launch tube.

The advantage of the cold-launch system is in its safety: should a missile engine malfunction during launch, the cold-launch system can eject the missile thereby reducing or eliminating the threat. For this reason, Russian VLSs are often designed with a slant so that a malfunctioning missile will land in the water instead of on the ship’s deck. As missile size grows, the benefits of ejection launching increase. Above a certain size, a missile booster cannot be safely ignited within the confines of a ship’s hull. Most modern ICBMs and SLBMs are cold-launched.

Russia and china are increasing turning to vertical launch systems in their modern designs.

MK 41 VLS has proven to be 99.1% reliable, and is proven in combat situations. Of the 750 MK 41 VLS missile firings in Operation Iraqi Freedom, not a single mission was lost or scrubbed due to the MK 41 VLS.

According to Lockheed Martin, MK 41 VLS systems are either in service or on order with the United States and 12 navies around the world. MK 41 has been integrated in 23 different ship classes and 12 different weapon control systems. More than 12,000 MK 41 VLS missile cells have been delivered or are on order, with 100 percent on-time shipyard delivery.

Mk 41 VLS adopts modular design concept, which result in different versions that vary in size and weight due to different “canisters” in various modules. The height (missile length) of the launcher comes in three sizes: 209 inches (5.3 m) for the self-defense version, 266 inches (6.8 m) for the tactical version, and 303 inches (7.7 m) for the strike version.

The Mk 41 is capable of firing the following missiles: RIM-66 Standard, RIM-67 Standard, RIM-161 Standard Missile 3, RIM-174 Standard ERAM, Tomahawk, RUM-139 VL-ASROC, RIM-7 Sea Sparrow, and RIM-162 ESSM. The missiles are pre-loaded into “canisters”, which are then loaded into the individual “cells” of the launcher.

LRASM is a precision-guided, anti-ship standoff missile designed to meet the needs of U.S. Navy and Air Force warfighters in anti-access/area-denial threat environments. The LRASM is manufactured by Lockheed Martin and has a reported range of 500 nautical miles while carrying a 1,000-lb. penetrator and blast-fragmentation warhead. Lockheed Martin is already doing internal tests of the LRASM from MK 41 VLS.

The advanced Mark 57 vertical launch system is projected to be used on the new Zumwalt-class destroyer. Developed by Raytheon, the primary improvement of Mk 57 GMVLS (guided missile vertical launching system) over Mk 41 is its gas management system that can accommodate new missile designs having up to 45 percent greater rocket motor mass flow rate than that of Mk 41.

“One of the unique features of ExLS is the ability to reuse already qualified missile components, including canisters and their missile launch sequencing electronics, then adapt them to integrate into a MK 41 VLS using a Host variant, or in a 3-Cell Standalone variant for platforms without VLS, said Jennifer Houston-Manchester, Lockheed Martin ExLS Engineering Programme Manager.

The VLA missile, a rocket-propelled, three-stage weapon, deploys on ships equipped with the Mk-41
Vertical Launching System (VLS) and tasked with an ASW mission. Major VLA features are its Standoff capability; All-weather operations (up to Sea State 6); Urgent attack and 360-degree Engagement

The modular VLS consists of an armored, high-capacity environmentally controlled and sheltered magazine, employing missiles in vertically oriented canisters within the ship. Each VLA missile is in a sealed canister, which serves as both a launch tube and a shipping container. VLS is capable of handling, storing, preparing for launch and launching missiles upon command from the appropriate weapon control system.

Upon target acquisition VLA launches vertically before pitching over in any direction and flies in a guided ballistic path to the target area. During flight the airframe separates from the missile, the decelerator opens to slow descent and the nose cap shatters upon water entry. The torpedo is then free to acquire the target.

The Chinese Navy Vertical Launch System (CN VLS) is a new type of universal, modular VLS capable of carrying and launching multiple types of missiles, similar to the US Navy’s Mk-41. However the CN VLS is also capable of launching missiles in a cold launch and hot launch method.

The PLA Navy is deploying a wide range of advanced ASCMs, the new YJ-12 ASCM provides an increased threat to naval assets, due to its long-range and supersonic speeds. Recently test launch of a YJ-18 was suspected from test ship 891 equipped with the new CN VLS.

China’s 052D class destroyer was the first to carry China’s new universal VLS , and the “leak” of a document for a Guojia Junyong Biaozhun (National Military Standard, similar to MIL-STD for western military forces), revealed many details of a new universal VLS that could only logically be attributed to the 052D’s new VLS.

-VLS canisters come in three lengths, 9 meters, 7 meters, and 3.3 meters (which is similar to the strike length, tactical length and self defence length canisters for the Mk-41 VLS)

-The VLS is capable of cold launching missiles, whereby a missile is ejected (such as via compressed gas) out of its canister, and its engine only ignites once it is in the air well clear of the ship and the VLS.

-The VLS is capable of hot launching missiles, but each canister has its own “concentric” vent for missile exhausts. The CN VLS lacks a central vent that all eight VLS canisters are connected to (as in the Mk-41), but instead a vent is present (and likely removable) within each canister intended for hot launch.

In October 2015, Russian warships belonging to the Russian Navy’s Caspian Sea Strike Group launched 26 cruise missiles against Islamic State targets located in Syria. The missile used to conduct the attack is the 3M14TE Kalibr-NK with a maximum range of 2,600 km, fired by a strike group consisting of the Dagestan missile ship, the small-sized missile ships Grad Sviyazhsk, Uglich, Veliky Ustyug.Defense experts believe that 26 missiles that were launched were land-attack versions of Russia’s SS-N-27 anti-ship missiles similar to a Tomahawk cruise missiles.

Meanwhile, at the Interpolitex-2015 exhibition in Moscow on 18-22 October the Project 22160 ship model was demonstrated at the United Shipbuilding Corporation stand displaying its aft module fitted the Kalibr-NK strike missile system in two containers, of four missiles each, which are raised vertically for launch.

BrahMos supersonic cruise missile was sucessfully fired from Indian Navy’s newest destroyer INS Kolkata. According to a statement from BrahMos Aerospace, a Russian-Indian joint venture, the launch was flawless as the missile met all its designed parameters.

“The Indian Navy commissioned INS Kolkata on 16th August 2014. This is the first ship of this class, with two more ships in the pipeline,” BrahMos Aerospace said in a statement on its website. “All the three ships are equipped with vertical launched BRAHMOS Supersonic Cruise Missile System as the prime strike weapon.” The missile are launched using the company’s own vertical pad — the Universal Vertical Launcher — that allows launching of the missile vertically in any direction. 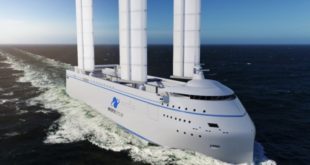