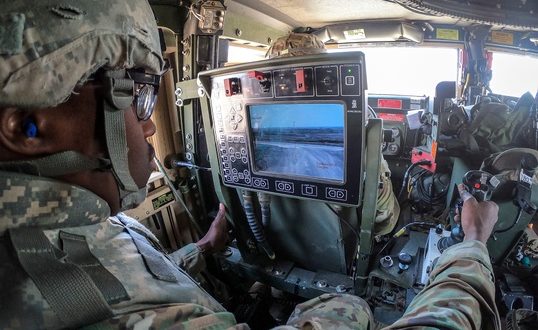 The US Army has embarked on a  new project to develop a “Multidomain User Sensor Architecture Prototype” for situational awareness and target acquisition. The goal of the MDUSA effort is to address the need for increased situational awareness and target acquisition range in very low Size, Weight, and Power consumption (SWaP) when compared to existing Far Target Location Systems.

The service is seeking a modular approach for the sensor architecture, which is to include a “handheld target location module” and augmented reality, among other technologies. The products of this program will provide improved target acquisition ranges, reduced time to acquisition, and improved situational awareness, all while maintaining the ability to adapt to new and unforeseen threats faster in an improved SWAP through modularity.

The Army expects to award up to two agreements for technology readiness level 6 prototypes as part of the three-year effort, according to a statement of objectives.

Elbit Systems of America subsidiary, Kollsman, Inc., was awarded a Prototype Project via the Sensors Communications and Electronics Consortium (SCEC) Other Transaction Agreement (OTA) held by SOSSEC, Inc. for the development of the Multi-Domain User Sensor Architecture (MDUSA) targeting system in support of the U.S. Army.

The company’s solution will enable the dismounted soldier to prosecute targets with true handheld targeting, while increasing situational awareness in a small, lightweight, modular package. The solution will provide advantages such as greater target acquisition ranges and reduced time to acquisition.

Forward Observers will be able to adapt to new threats quickly.  Elbit Systems of America said that the solution ‘also aligns with the US Army’s modernisation efforts by enhancing lethality effects from the sensor to the shooter’.

The U.S. Army defends and serves our nation by land, sea and air, protecting our …