China imposed similar zone in 2013 over eight uninhabited islands in the East China Sea, triggered a backlash from Japan, South Korea and the US. Within days, military aircraft from the United States, Japan, and South Korea flew through China’s ADIZ without complying with China’s ADIZ regulations

An air defense zone is a publicly defined area beyond national territory and gives the country authority to interrogate or intercept any unidentified aircraft before entering the country’s airspace. When entering the zone, all aircraft are required to identify themselves, report flight plans, and inform ground control of their exact position. Air Defence Identification Zone is a zone that can extend in some cases up to 300 miles beyond the territorial sea.

ADIZ are not new. The United States maintains four zones: The Contiguous U.S. ADIZ; Alaska ADIZ; Guam ADIZ; and Hawaii ADIZ. About 20 countries and regions now have such zones including Canada, India, Japan, Pakistan, Norway and the United Kingdom, People’s Republic of China, South Korea, Taiwan, United States, Sweden, Iceland and more. Russia and North Korea have unofficial ADIZ for themselves as well. However unlike other countries, China’s ADIZ overlaps with other countries, There is a very large overlap between China’s ADIZ and Japan’s ADIZ, China’s ADIZ  also overlaps with Korea’s ADIZ

China has reclaimed more than 3,200 acres of land in the southeastern South China Sea. But the country’s focus has shifted to developing and weaponizing those man-made islands so it will have greater control over the maritime region without resorting to armed conflict, according to a new Pentagon report. And it has excavated deep channels, created and dredged harbors, and constructed communications, logistics and intelligence gathering facilities.

“This would improve China’s ability to detect and challenge activities by rival claimants or third parties, widen the range of capabilities available to China, and reduce the time required to deploy them,” according to the report. The airfields, ship facilities, surveillance and weapons equipment will allow China to significantly enhance its long-term presence in the South China Sea. Harry J. Kazianis in National Interest believes “China’s recent island-reclamation projects are an effort to create the core infrastructure for the declaration and enforcement of such a zone within the next several years.”

China’s defense ministry criticised a U.S. report assessing its island-building efforts in the South China Sea, saying it “hyped up” China’s so-called military threat. “If the US military keeps making provocative moves to challenge China’s sovereignty in the region, it will give Beijing a good opportunity to declare an ADIZ in the South China Sea,” a source in the People’s Liberation Army was quoted as saying by the South China Morning Post newspaper. “Regarding when to declare such a zone, it will depend on whether China is facing security threats from the air, and what the level of the air safety threat is,” the Chinese Defense Ministry told the South China Morning Post in a written reply regarding the issue.

“There are several possible reasons why the PRC designated its “East China Sea ADIZ” (ECS ADIZ). The ADIZ appears to be part of an effort by China to challenge Japan’s administration of the disputed islands, known as Senkaku in Japan, Diaoyu in China, and Diaoyutai in Taiwan. The ECS ADIZ may also be intended as a means to bolster both China’s own claims to the islands and its justification for opposing U.S. military surveillance activities near its airspace,” writes pentagon report.

The South China Sea contains a number of disputed islands. The Paracel Islands are controlled by China while being claimed by Taiwan and Vietnam. The Spratly Islands are contested by China, Taiwan, the Philippines, Vietnam and Malaysia. In the East China Sea, China, Japan and South Korea are locked in a dispute over exclusive economic zones and the use of maritime resources.

A Chinese Ministry of National Defense spokesman said there were “misunderstandings or even distortions” about the operation of the ADIZ and insisted that it was not a no-fly zone and “will not affect the freedom of overflight, based on international laws, of other countries’ aircraft” adding that its purpose was “to set aside enough time for early warning to defend the country’s airspace, with defense acting as the key point. The zone does not aim at any specific country or target”.

According to the Chinese Ministry of National Defense, foreign aircraft in the zone will be expected to abide by the following:

Although the PLA Air Force reportedly has monitored U.S. and Japanese military aircraft that entered the ECS ADIZ, the PLA’s enforcement of the ECS ADIZ generally has appeared to be restrained, according to U.S. defense officials. For instance, the PLA did not respond to the two U.S. Air Force B-52 bombers that flew on November 25, 2013, from Guam through the PRC’s ECS ADIZ without informing Beijing, according to a Pentagon spokesman

This explanation of China’s intentions aligns with the view, widely held among foreign observers, that China often seeks to assert its interests in territorial disputes by “salami slicing,” or, according to Robert Haddick, independent contractor at the U.S. Special Operations Command, “the slow accumulation of small changes, none of which in isolation amounts to a casus belli, but which add up over time to a substantial change in the strategic picture.” 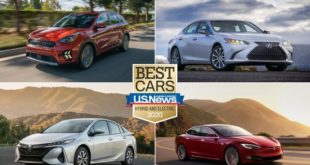