Anti-runway penetration bombs are systems involving bombs or bomblets designed to disrupt the surface of an airfield runway and make it unusable for flight operations.

India’s state-owned Hindustan Aeronautics Limited (HAL) has successfully test-fired an indigenous stand-off smart anti-airfield weapon (SAAW) in Jan 2021. Developed by Defence Research and Development Organisation’s Research Centre Imarat (RCI), SAAW is the first smart weapon to be fired from a Hawk-Mk132 aircraft.   SAAW, an indigenously designed and developed 120 kg. class smart weapon, developed by DRDO, is capable of engaging ground targets with high precision up to a range of 100 kms. It is used to attack and destroy enemy airfield assets such as radars, bunkers and taxi tracks within its range. In August 2018, India test-fired SAAW precision-guided bomb from IAF’s Jaguar aircraft. HAL launched the first indigenously upgraded Hawk Mk132 trainer aircraft for the Indian Air Force in January 2017.

This Smart Anti-Air Field Weapon will lend a supreme power to IAF since its high explosive warhead is capable destroying even the steel reinforced concrete runways from safe distance without putting pilots and aircraft at risk. This SAAW can be launched from JAGUAR which can fly Lo Lo Lo profile by carrying some six such weapons to destroy enemy Runways. The bomb is expected to join the Indian Air Force and Navy active duty aircraft in 2018 or 2019. “It is a long-range, precision guided Air to Surface weapon and can be launched from Jaguar and Su-30 aircraft. In future, the same can be integrated to the French Rafale aircraft being imported by the IAF,” said the official.

The weapon can easily cover the airways of the entire Pakistan. Major operational bases in Pakistan are located at Rafiqui (Shorkot), Masroor (Karachi), Samungli (Quetta), Minhas (Kamra), Peshawar and PAF Base Mushaf (Sargodha).

IAF also demonstrated more than a dozen of its aircraft touching down and taking off as part of a special drill on a 4km stretch of the Agra-Lucknow Expressway on Tuesday. The jets included three Jaguar Deep penetration strike aircraft, two formations of three aircraft each of Mirage 2000s and two formations of three aircraft each of Sukhoi-30. The two-hour exercise simulated an emergency situation when airbases, the first target of bombs and missiles, won’t be available and highways have to be used as landing strips.

China Shows Off Its New Airfield-Killing Glide Bomb in 2020

China’s government-run television network In August 2020  aired a spot on the Tianlei 500, or “Sky Thunder 500,” a precision-guided glide bomb. The weapon bears a strong resemblance to an older U.S. military weapon designed to attack enemy armored vehicles and airfields, showering them with lethal explosive bomblets. 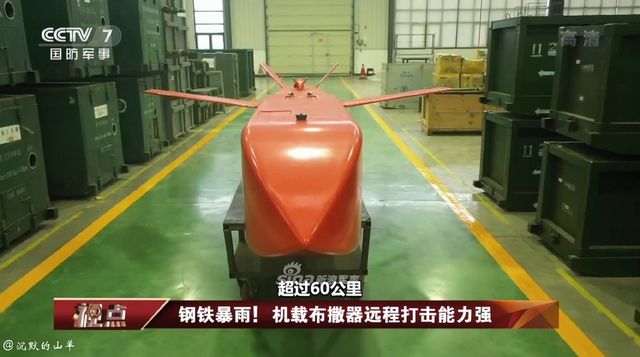 The new weapon was shown on China’s CCTV 7 network and covered in the South China Morning Post. The Tianlei 500 is described as a glide bomb released from a fighter or attack jet. Once released, the bomb uses satellite navigation to guide itself to target. The Post claims the weapon is also laser-guided, but no laser seeker is visible in the example missile shown in the video.

The Tianlei 500 is a 500-kilogram bomb, or the equivalent of 1,100 pounds. The bomb carries 240 individual submunitions about the size of a tennis ball, and is designed to spread them across an area of 6,000 square meters. This allows the bomb to affect a wider area than a traditional high-explosive warhead, peppering the target zone with hundreds of smaller explosions instead of one large one.

The bomblets, each with the explosive power of a hand grenade, are deadly against ground troops and unarmored vehicles such as supply trucks. Bomblets can also destroy enemy armored vehicles or damage them to the point their crews abandon them. The bomblets damage tracks or wheels, resulting in “mobility kills,” or damage gun barrels, fire control equipment, and sensors, inflicting so-called “firepower kills.”

One of the most useful missions for a submunition weapon is as an anti-airfield weapon. Military airfields cover a wide area, and in wartime, it can take dozens of bombs to force an enemy airbase to temporarily cease air operations. A single Tianlei 500, on the other hand, can scatter hundreds of bomblets across an airfield, damaging base facilities, destroying exposed aircraft, and cratering runways.

To make matters worse, unexploded bomblets become the equivalent of mines, waiting patiently to destroy a shiny new $70 million fighter jet taxiing to the runway. An airbase commander would have to both repair the damage and locate all of the bomblets before it was safe to fly airplanes again.

Anti Airfield Weapons of other countries

New generation of smaller and smarter Air-delivered munitions is starting to appear that provides an economically viable ground-attack and low-collateral-damage capability, without compromising the platform’s endurance in the air.

Two other countries the US and Israel are reported to be attempting to develop these weapons. The French also use the Matra Durandal anti-runway penetration bombs — a sort of precursor to the SAAW.

An example of this is the Small Diameter Bomb (SDB). Using a combination of GPS-aided inertial navigation and infrared/radar seekers, the SDB can attack a wide range of above ground targets relatively cheaply. At 250 lbs., four SDBs can be carried in place of one standard 2,000 lb. bomb.

Israel being yet another country as per the sources, which intends to sell these smart bombs and is already into marketing the same, interestingly is also yet to taste success in these weapons.

Before the pandemic grounded most flights, commercial aviation accounted for about 2.5% of global emissions …