UAS are used as force multipliers. They provide real-time Intelligence, Surveillance and Reconnaissance (ISR) information on remote targets and areas, as well as damage assessment and electronic warfare. They are also commonly used in border control as well as anti-terror operations.

Today, unmanned aerial systems (UAS) typically require multiple payloads with dedicated components, including antennas, radio frequency (RF) circuitry, and processors, to conduct communications, radar, and electronic warfare (EW) missions. These single-function payloads can’t be installed on a compact UAS at the same time because of the size, weight, and power (SWaP) constraints of these platforms, limiting what they can do without swapping payloads on the ground — a process that seriously hinders mission efficiency.

DARPA has awarded two contracts to BAE Systems, totaling $5.4 million, which will work on the technology that is set to equip compact UAS with the ability to conduct multiple mission tasks with single, multifunction payloads that can adapt to changing battlefield situations and mission needs in real time.  ‘This agility is particularly important in denied environments, where multiple mission functions are typically needed to penetrate defenses and remain operational,’ said Randall Lapierre, technology development manager at BAE Systems.

DARPA kicked off a three-phase, five-year program in February aimed at combining all three functions on so-called group III drones. The goal of the CONCERTO program is “for the design, realization, programming, and control of a new converged RF architecture supporting all critical uses of the RF spectrum over a tactically useful performance range. System prototypes will be designed and developed for compact unmanned aircraft systems (UAS).”

“We want one payload that will allow us to do all three of those things. Through that process, we would enable new behavior of the system in time, space and spectrum,” Woodward declares. “Now a radar mode and an electronic warfare mode and a comms mode can blend, merge and switch between them rapidly.”

CONCERTO systems will realise multifunction operations in less space and power than the combined collections of discrete systems, raise operational tempo by increasing the capability of smaller, more readily available UAS hosts, maximise the use of common apertures, and speed technology migration by decoupling hardware from software and firmware,” according to the agency’s 26 April 2016 Broad Agency Announcement.

“The increasing overlap of technology requirements of RF functions such as radar, EW, and communications combined with impressive research progress in the capability of RF components, analog-to-digital conversion methods, and digital signal processing (DSP) techniques has created an opportunity for change. CONCERTO will capitalize on these trends to resolve current multi-function challenges, and open the door to fundamental change in our approach to RF systems that moves beyond traditional notions of radar, EW, and communications to create an adaptive, flexible and converged RF systems approach.”

“CONCERTO will develop and test a scalable converged RF payload suitable for a Group 3 UAS. The payload will demonstrate its unified characteristics in a flight test including EW, radar, and communications functions and demonstrate efficient, adaptive function execution. The payload will incorporate several elements including:

For our part of the project, we’ll focus on maximizing the RF capabilities of the hardware (i.e., bandwidth, frequency, distance, and field of view) to ensure that all missions can be accomplished from the same components. BAE Systems is also developing a flexible, virtual RF processing engine that can be reconfigured to quickly support diverse and simultaneous operating modes. As processing technologies become increasingly diverse, our virtualization technology can provide adaptability and scalability to a variety of platforms.

BAE Systems’ sensors and systems are becoming more software programmable by leveraging a software-defined RF sensor architecture. “Software programmable means that we can reprogram our techniques on the fly, just like adversaries. It’s also driving us within the SIGINT space to be developing open architecture systems,” Josh Niedzwiecki, director of Adaptive Sensors for BAE Systems notes.

Another enabling technology for convergence is Machine learning and artificial intelligence that allow designing smarter and adaptive military systems. “We’re executing a wide range of programs within the SIGINT, communications, and electronic warfare spaces to leverage machine learning and artificial intelligence to enable our sensors to be smarter and to characterize the environment and see things that we haven’t seen before. And to be able to adapt automatically and operate against new signals—on the fly.”

“A software-defined sensor platform’s architecture is common whether I’m doing SIGINT to characterize the radio spectrum, or using a radio to communicate on that spectrum, or doing electronic warfare to disrupt an adversary’s use of that spectrum,” Josh Niedzwiecki explains. “All three of these functions leverage a very similar architecture, so there’s now a push in the industry to converge them. Instead of your unmanned aerial vehicle having a dedicated radio device, a dedicated signals intelligence sensor, and a dedicated electronic warfare sensor, there’s a desire to converge those into a common hardware set to allow you to do multiple functions simultaneously. These functions can then be better integrated with each other and reduce the overall size, weight, and power (SWaP) required on a tactical platform.

“The point of RF convergence [is that you can] abstract the resources and share [them] among functions [so] that you have more capability in the same space or you can reduce the number of apertures and systems that you need on a platform.” “My belief is that every future RF system should be a converged system and that is what the DARPA programme set out to prove,” according to Randall Lapierre, technology development manager at BAE Systems.

The first examines the integration of the RF front end, meaning largely the aperture, antennas, receiver, transmitter and digital interface. The second, Woodward notes, focuses on the creation of an RF “virtual machine” that will “greatly facilitate the integration and migration of RF modes across hardware.”

The third technical area calls for the creation of a single controller for all three RF functions. Conventional, separate systems require dedicated resources and managers. “If I want to do radar, the radar manager has access to the radar system and nobody else is going to mess with him on accessing that,” Woodward points out. “But when we converge, now we have a converged management system and that system needs to arbitrate access to this shared resource and needs to do it in an intelligent way so that we don’t shortchange one or another of our goals.”

The fourth technical area will examine the kinds of diverse missions converged systems could execute and what their RF requirements would be. “I’m convinced that the scope of convergence is not something we fully appreciate yet, and we want to understand the particular missions that converged systems can do well,” Woodward states. 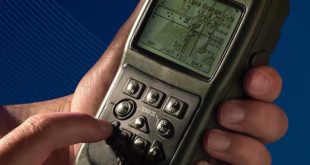 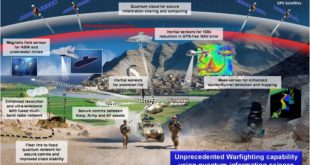 In Oct 2020,  the Department of Defense announced it has awarded over $197 million to …