For two decades now, the UNESCO Science Report series has been mapping science, technology and innovation (STI) around the world on a regular basis. It is a quinquennial report that focuses on longer-term trends, with respect to policy and science and technology indicators.

Launching the sixth edition of UNESCO’s global science report, “UNESCO Science Report: Towards 2030,” the UNESCO director-general saidthere had been a relentless drive towards innovation to overcome global pandemics, water shortages, food and energy insecurity and climate change, and broad-based North-South and South-South collaboration is increasing to solve such pressing sustainable development challenges.

Since STI do not evolve in a vacuum, this latest edition summarizes the evolution since 2010 against the backdrop of socio-economic, geopolitical and environmental trends that have helped to shape contemporary STI policy and governance.

Geopolitical developments create significant indirect impact on science and technology: “In Egypt, for instance, there has been a radical change in STI policy since the Arab Spring.” The Constitution adopted in 2014 mandates the state to allocate 1% of GDP to research and development (R&D) and stipulates that the ‘state guarantees the freedom of scientific research and encourages its institutions as a means towards achieving national sovereignty and building a knowledge economy that supports researchers and inventors’.

“Libya, on the other hand, is confronted with a militant insurgency, offering little hope of a rapid revival of science and technology, Syria is in the throes of a civil war.” “These hyper-violent militias not only pose a threat to political stability; they also undermine national aspirations towards a knowledge economy, for they are inherently hostile to enlightenment, in general, and the education of girls and women, in particular.” The tentacles of this obscurantism now stretch as far south as Nigeria and Kenya.

In sub-Saharan Africa, too, regional economic communities are playing a growing role in the region’s scientific integration, as the continent prepares the groundwork for its own African Economic Community by 2028.
The nuclear deal concluded in 2015 could be a turning point for science in Iran, the flow of revenue from the lifting of sanctions should give the government an opportunity to boost investment in R&D, which accounted for just 0.31% of GDP in 2010.

Meanwhile, the Association of South East Asian Nations (ASEAN) intends to transform this vast region into a common market and production base with the creation of the ASEAN Economic Community by the end of 2015.
The planned removal of restrictions to the cross-border movement of people and services is expected to spur co-operation in science and technology and thereby reinforce the emerging Asia–Pacific knowledge hub

Environmental crises, be they natural or human-made, have also influenced STI policy and governance in the past five years.
The shockwaves from the Fukushima nuclear disaster in March 2011 carried far beyond Japan’s shores. The disaster prompted Germany to commit to phasing out nuclear energy by 2020 and fostered debate in other countries on the risks of nuclear energy.

In Japan itself, the triple catastrophe made a tremendous impact on Japanese society. Official statistics show that the tragedy of 2011 has shaken the public’s trust not only in nuclear technology but in science and technology more broadly.

Energy has become a major preoccupation

The EU, USA, China, Japan, the Republic of Korea and others have all toughened national legislation in recent years to reduce their own carbon emissions, develop alternative energy sources and promote greater energy efficiency.
Energy has become a major preoccupation of governments everywhere, including oil-rent economies like Algeria and Saudi Arabia that are now investing in solar energy to diversify their energy mix.

A number of countries are developing futuristic, hyper connected ‘smart’ cities (such as China) or ‘green’ cities which use the latest technology to improve efficiency in water and energy use, construction, transportation and so on, examples being Gabon, Morocco and the United Arab Emirates

Growth Challenges and The quest for a growth strategy that works

Overall, the years 2009–2014 have been a difficult transition period. Ushered in by the global financial crisis of 2008, this transition has been marked by a severe debt crisis in the wealthier countries, uncertainty over the strength of the ensuing recovery and the quest for an effective growth strategy.

The Russian Federation is searching for its own growth strategy. In May 2014, President Putin called for a widening of Russian import substitution programmes to reduce the country’s dependence on technological imports.

Up until now, China has relied upon public expenditure to drive growth but, with investor confidence faltering in August 2015, China’s desired switch from export-orientation to more consumption-driven growth has been thrown into doubt,
Up until now, the Republic of Korea has relied on large conglomerates such as Hyundai (vehicles) and Samsung (electronics) to drive growth and export earnings. Now, it is striving to become more entrepreneurial and creative, a process that will entail changing the very structure of the economy – and the very bases of science education.

Meanwhile, in India, growth has remained at the respectable level of about 5% in the past few years but there are concerns that economic growth is not creating enough jobs. Today, India’s economy is dominated by the services sector (57% of GDP). The Modi government elected in 2014 has argued for a new economic model based on export oriented manufacturing to foster job creation. India is already becoming a hub for frugal innovation, thanks to the large domestic market for pro-poor products and services such as low-cost medical devices and cheap cars.

With the end of the commodities boom, Latin America is, itself, in search of a new growth strategy. Looking ahead, the region may be well placed to develop the type of scientific excellence that can underpin green growth by combining its natural advantages in biological diversity and its strengths with regard to indigenous (traditional) knowledge systems.

The Report’s first lesson is that, despite the economic crisis that hit industrialized countries in 2008, gross domestic expenditure on research and development (GERD) increased globally by 31% between 2007 and 2013, rising from USD 1,132 billion in 2007 to USD 1,478 billion in 2013. This increase was more rapid than that of global gross domestic product (GDP) during the same period (20%).

The gap in R&D expenditure is narrowing

Nevertheless, research investment by countries such as Brazil, India and Turkey is increasing rapidly. China and India’s combined global share of BERD quadrupled from 5% to 20%, largely to the detriment of Western Europe and North America.
“The issue is that the majorities of countries now acknowledge the importance of science, technology and innovation and are willing to invest,” the report says.

The heightened interest in STI is clearly visible in the Vision 2020 or 2030 planning documents adopted by African countries in recent years. In Kenya, for instance, the Science, Technology and Innovation Act passed in 2013 contributes to the realization of Kenya Vision 2030, which foresees the country’s transformation into an upper middle-income economy with a skilled labour force by 2030. The act may be a ‘game-changer’ for Kenya, which has not only created a National Research Fund but also, critically, made provisions for the fund to receive 2% of Kenya’s GDP each financial year. This substantial commitment of funds should help Kenya raise its GERD/GDP ratio well above 0.79% (2010).

In the coming years, competition for skilled workers from the global pool will most likely intensify. This trend will depend in part on levels of investment in science and technology around the world and demographic trends, such as low birth rates and ageing populations in some countries (Japan, EU, etc). Countries are already formulating broader policies to attract and retain highly skilled migrants and international students, in order to establish an innovative environment or maintain it, as in Malaysia.

Globally the number of scientific publications rose from slightly over one million in 2008 to 1.3 million in 2014. The European Union leads the world for publications with 34%, followed by the United States with 25%. But the world shares of both have fallen over the past five years.

China’s rise in publications has been meteoric – production has doubled in the past five years, clinching 20% of the global share last year.
With respect to patents submitted to the United States Patent and Trademark Office – USPTO – globally, the number of such patents rose from 157,768 in 2008 to 277,832 in 2013. By submitting 139,139 patents in 2013, United States researchers highly dominated this category by holding 50% of the world share, followed by Japan (19%) and Germany (6.3%).

The role of the diaspora

Inherent in the research was the role the diaspora – the movement of populations from their original homelands – was playing in scientific mobility. While new technologies, including the Internet, had opened up possibilities for virtual mobility, physical movement remained crucial to cross-fertilise scientific discoveries. “Diaspora knowledge networks can transform the local and international environment for innovation,” the report said.

UNESCO is also encouraging mobility of scientists and researchers and other skilled personnel in order to increase exchange of ideas and information sharing. Drawing from the Chinese experience, UNESCO partly attributes China’s rise in production of scientific publications to its open door policy of sending over three million students to study overseas. “Of these, about 1.5 million have returned as seasoned entrepreneurs and professionals taking advantage of the vast opportunities created by China’s rapid economic growth,” says the report.

In search of an optimal balance between basic and applied science

The focus of global science has radically shifted from basic research to applied research, with high-income countries cutting back on public spending while private sector funding has been maintained or increased, according to the newly-released UNESCO Science Report: Towards 2030.

“Researchers are investing more than before in turning a discovery in basic research into a commercially viable and sustainable product or technology with a potentially beneficial socio-economic impact,” Neupane told University

“The debate between quick scientific gains and long-term public investment in basic and high-risk research to enlarge the scope of scientific discoveries has never been so relevant,” Irina Bokova, the UNESCO director-general, said.

However, UNESCO Science Report: Towards 2030 has reminded scientists and researchers worldwide that as they stay in the race for innovation competitiveness, they should not forget that without basic science there would be too little or no science to apply.

The traditionally dominant scientific countries seem to be relatively strong in astronomy and relatively weak in agricultural sciences. This is particularly the case for the UK, which is strong in social sciences. France’s scientific strength still seems to lie in mathematics. The USA and UK focus more on life sciences and medicine and Japan on chemistry.

Among the BRICS countries, there are some striking differences. The Russia Federation shows a strong specialization in physics, astronomy, geosciences, mathematics and chemistry. By contrast, China’s scientific output shows a fairly well-balanced pattern, with the exception of psychology, social and lifesciences, where China’s scientific output is well below the average. Brazil’s relative strengths lie in agriculture and life sciences. Malaysia specializes in engineering and computer sciences. 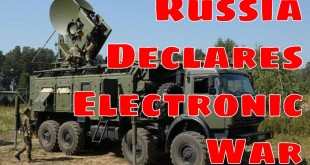 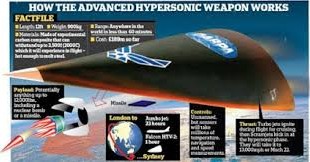 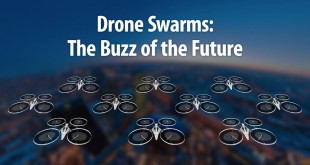 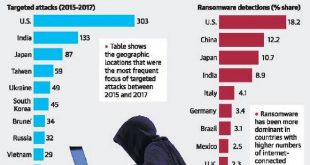 India has been a target of many cyber attacks, cyber espionage and cyber warfare with …