The defence technology community in Singapore comprises the Defence Science and Technology Agency, the DSO National Laboratories and departments in the Ministry of Defence (Mindef) that are responsible for acquiring, developing and sustaining defence capabilities.

Elsewhere, visitors can peer at models of two made-in-Singapore earth observation satellites – X-SAT and TeLEOS-1 – and view images snapped by the orbiting objects for purposes such as homeland security and environmental monitoring. Defence Minister Ng Eng Hen gave out the awards at a ceremony held at DSO National Laboratories.

Defence Minister Ng Eng Hen announced in Parliament on Friday (Mar 3 that a starting seed grant of S$45 million a year will be given to two new laboratories in the Defence Science and Technology Agency (DSTA) and DSO National Laboratories organisations, “Modern militaries are powered by technology, and the next-generation SAF (Singapore Armed Forces), even more so,” he said. “Our defence technology organisations will gear up to support changes.”

“Singapore can lead in defence technology, even though we are small,” said Dr Ng. “The Summit will provide a global platform to invite leading figures and luminaries to come share their views, provide a window into the future, allow us the opportunity to network and increase our access to new ideas and innovation.” In his speech, Dr Ng also revealed that Singapore has around 5,000 defence engineers and scientists, with the number of related scholarships and awards on offer due to be increased by 40 per cent – up to 170 from 120 today – by 2025.

To foster more experimentation and innovation, DSO will set up a robotics lab in April this year and DSTA will expand to include an analytics and artificial intelligence lab. At the former, defence engineers will collaborate on prototyping, integration, simulation and testing of systems prior to field trials for the SAF. “The work on robotics has already begun,” said Dr Ng. “Six Singapore Infantry Regiment soldiers are currently experimenting with unmanned aerial and ground vehicles to perform missions. The Navy has gone further and is putting Unmanned Surface Vehicles which can navigate and avoid collisions autonomously into operations.” “The SAF, working with the Ministry of Home Affairs, has already developed countermeasures to potential drone attacks. These systems were deployed in the last NDP (National Day Parade).”

DSTA’s new lab will exploit the real-time information that can be derived from the Internet of Things and platforms, said the minister. “The realisable potential is enormous. For instance, our Singapore Maritime Crisis Centre monitors more than 1,500 commercial shipping vessels in our waters daily. It uses AI to generate unique signatures for each, through collating information from multiple sources, including social media. It then detects any deviations from this signature,” he explained. “This AI-embedded method detected a possible ISIS supporter on board a tanker in 2015. That person was barred from disembarking in Singapore. Finding this needle in a big haystack is only possible through modern means.”

Singapore will also host an inaugural Defence Technology Summit in early 2018. Targeted as a biennial event, the summit will be organised by DSTA together with Singapore’s universities, A*STAR and Government agencies like GovTech, Cyber Security Agency of Singapore, National Research Foundation and Singapore Economic Development Board.

The team behind the project was one of the five team winners at the annual Defence Technology Prize yesterday, the most prestigious defence technology award given out by the Ministry of Defence. There were also two individual winners.

Rather than communicate through voice on a radio system on the battlefield, Singapore Armed Forces (SAF) soldiers can now indicate an enemy’s location by tapping it on a map on a smartphone. Photos and videos can also be sent to command posts away from the front line, so that commanders can better assess the ground situation and call for reinforcements if necessary. This is possible with the Secure Army Battlefield Internet (ABI), a network system that streamlines communication across the SAF, such as the army and air force.

For instance, when a soldier on the battlefield is hooked up to the ABI system with his commanders, there is less latency than communicating by radio, so information can be conveyed faster between them, said the project’s team leader Hee Yong Siong, 44, who is the head of information for innovation (land systems) at DSTA. There is also less room for human error in communications, for instance in passing down instructions, he added.

The ABI system was jointly developed by the Defence Science and Technology Agency (DSTA), DSO National Laboratories, the Singapore Army and ST Electronics. It features a real-time map developed for battlefield conditions where critical network infrastructure may be destroyed. The ABI allows different units deployed in different locations to share information quickly, accurately and securely.

Another team from DSO National Laboratories won an engineering award for developing an air surveillance system that is able to detect both commercial and non-commercial drones, including those small enough to almost fit into a palm. Not only would the system help to prevent accidental collisions by hobbyists’ drones into key installations such as military bases and government buildings, it would also be crucial in stopping those with malicious intent from carrying cameras and explosives into these sensitive areas, said the project’s team lead Tay Poh Kok, 49, who is a programme manager at DSO. The team of about 20 from DSO worked with DSTA and the Republic of Singapore Air Force to develop the technology, which is now ready to be put into operation. 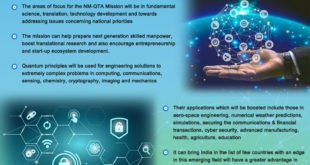 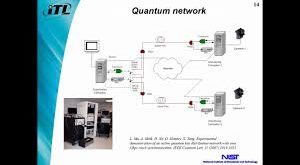 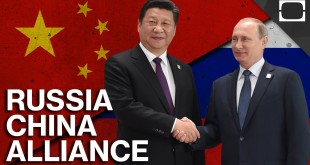 Russia has asked China for military equipment since its Feb. 2022 invasion of Ukraine, the …