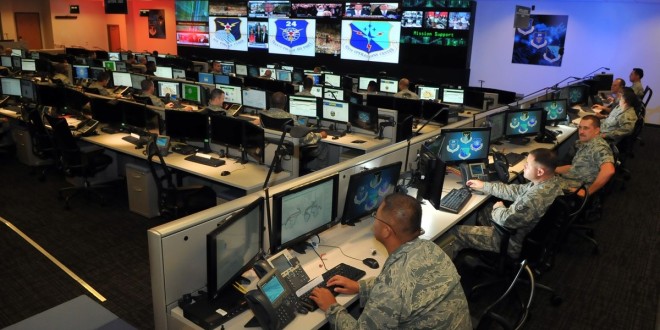 Developing and delivering air superiority for the highly contested environment in 2030 requires a multi-domain focus on capabilities and capacity, according to the unclassified version of the Air Superiority 2030 Flight Plan.  “After 25 years of being the only great power out there, we’re returning to a world of great power competition,” said Lt. Gen. Mike Holmes.  “We need to develop coordinated solutions that bring air, space, cyber, the electronic environment and surface capabilities together to solve our problems.”

According to General Goldfein, MDC2 consists of three elements: extremely high-quality situational awareness, rapid decision making, and the ability to direct forces across domains and missions with continuous feedback. MDC2 will also develop tactics, techniques and procedures for the offensive and defensive employment of advanced capabilities in electronic and cyberwarfare, directed energy and hypersonic weapons that can reach targets around the world in a matter of minutes.

The DoD’s Cyber Strategy, released in 2015, listed under its first strategic goal building the unified platform and developing detailed requirements for integrating disparate cyber platforms along with building an interoperable network of cyber capabilities. “This Unified Platform will enable the CMF to conduct full-spectrum cyberspace operations in support of national requirements,” the strategy says.

The U.S. Air Force is soliciting proposals to build an integrated operations platform for the U.S. Cyber Command called the unified platform, which some have equated to a cyber carrier. Defense Department officials have said that Cybercom’s future UP will work to support cyber defense, planning command-and-control and situational awareness efforts.

Much like traditional military capabilities have platforms from which to launch attacks, Cyber Command and the services’ cyber components need a comparable platform. This effort underway is called the unified platform, which some have equated to a “cyber carrier,” and the Department of Defense’s budget request for fiscal 2019 describes a plan to develop such a program.

Joint cyber operations platform shall be capable of mission planning, data analytics, and decision support for the execution of full-spectrum cyberspace operations at the operational through tactical levels of warfare, according to the budget. UP integrates existing, but disparate, Service-specific cyber capability, delivering a minimum viable product (MVP). Subsequent build iterations will continue to deliver a flexible, interoperable and scalable war-fighter capability.”

Lt. Gen. Edward Cardon, the former commander of Army Cyber Command, told Congress in 2015 the unified platform is essentially ” a network of computers, servers, data storage, and analytic capabilities leveraged to maneuver in and out of red space (adversary assets), and an access capability to enter the desired red space … provide[ing] a suite of capabilities to actively defend our network and to project power in and through cyberspace if called upon to do so.” Cardon also noted that despite the joint nature of cyberspace, the vision for such a platform is that the services’ “capabilities can be integrated into a common framework for Joint [command and control] and execution.”

Lockheed Martin is intending to work on development and testing of a full range of cyber tools and platforms, including Henosis, which is the company’s prototype for the US Air Force’s (USAF) Unified Platform competition.

Like the cyber equivalent to an aircraft carrier, the Henosis prototype could incorporate and integrate cyber effects into multi-domain air, land, maritime and space operations. Comprising a system of systems, it functions as a command and control battle management visualization tool that coordinates defensive cyber operations, offensive cyber operations, and cyber intelligence, surveillance and reconnaissance. It allows an operator from any specialty to gain access, develop their operational mission requirements and build a customizable application package to ultimately execute their specific mission.

“We completed an in-depth engineering analysis with our prototype and over the next year, we’ll combine our framework with the mission modules to demonstrate a capability to execute both defensive and offensive cyber missions,” said Deon Viergutz, vice president of Cyber Solutions within the Rotary and Mission Systems business area. “Lockheed Martin’s multi-domain weapons system experience will translate into what we believe will be the most operationally effective Unified Platform solution.”

“With the right weapon system in place via the Unified Platform, the Cyber Mission Force can rapidly and effectively exploit the convergence of cyber and electronic warfare – such as radio frequency, infrared and radar – to truly change the 21st century battlefield,” said Viergutz.

“To be best prepared for these kinds of battles, we’re seeing increased emphasis to train current and future multi-service cyber forces to become savvy cyber warriors,” he added.