Lithium Niobate is a chemically insert hard crystalline material with a unique optical property made of oxygen, lithium, and niobium. Lithium niobate (LiNbO3 or LN) is a ferroelectric material that harbors attractive piezoelectric, electro-optics, acousto-optical, and nonlinear optical characteristics for diverse applications.

Compared with traditional material platforms such as silicon, silicon nitride, and indium phosphide, LN has several natural advantages, including strong electro-optic effect (largest r33=27 pm/V at 1500 nm), large refractive index (no=2.21 and ne=2.14 at 1550 nm), wide transparency wavelength (from 400 nm to 5 μm), and stable physical and chemical characteristics, thus making it the most competitive material for linear and nonlinear integrated photonics.

Lithium niobate (LiNbO3, LN) is one of the most popular materials for electro-optic devices and nonlinear optical devices in the fast-growing field of integrated photonics.

Lithium niobate modulator is an electro optic device that uses a signal controlled element which exhibits an electro-optic effect to modulate optical beam. The basic knowledge behind these modulator is to modify the electric-optical properties of a material such as amplitude, phase, position and frequency. Lithium modulators are developed for the use in optical computing, digital and analog signal processing and communications.

Lithium Niobate Modulator converts the high-speed electrical transmissions to optical signals in computing equipment such as optical signal machines before transmitting via optical fibers. Due to the strength and high variation rate, these products are highly preferable than other complementary metal-oxide-semiconductors. As optic fiber mainly uses Lithium Niobate Modulators for signal modulation, they are preferred more than other products.

It has been used extensively in semiconductor and computer applications and has also seen wide applications in the fields of electronic and optical electronics. LiN bO3 has emerged as the ideal material for use in various applications because of its exceptional properties for power generation, heat dissipation, and electronic conductivity.

In the last few years, the success of LN-on-insulator technologies has sparked enormous progress in the exploitation of chip-integrated LN photonic devices such as optical modulators and nonlinear wavelength converters exhibiting ultralow loss, high optical mode confinement, and unprecedented performance.

These remarkable advances make the LN-on-insulator platform an intriguing candidate for the on-chip implementation of active and passive functionalities in integrated photonics. Future optimization in LN thin film preparation (e.g., higher quality) and device nanofabrication (e.g., etching, poling, and doping), as well as the study of photorefraction and optical loss mechanisms will push for continuous evolution of this emerging field.

In collaboration with industry partners at Freedom Photonics and HyperLight Corp., researchers at the Harvard John A. Paulson School of Engineering and Applied Sciences (SEAS) developed what the collaborators said is the first fully integrated high-power laser on a lithium niobate chip. The technology paves the way for high-powered telecommunications systems, fully integrated spectrometers, optical remote sensing, and efficient frequency conversion for quantum networks, among other applications.

Lithium niobate photonics technologies have seen a number of recent developments, from frequency combs to frequency converters and modulators. But lasers have proved difficult to integrate. An integrated laser would greatly reduce the cost and increase the scalability and stability of long-haul telecommunications networks, data center optical interconnects, and microwave photonics, all of which rely on lasers to generate an optical carrier used in data transmission.

Loncar and his team used small but powerful distributed feedback lasers for their integrated chip. The devices are prime candidates for integration with the thin-film lithium niobate modulators due to their small footprint, low cost, and high power output, according to the researchers.

The laser uses a high-power indium phosphide (InP)-based platform, which has demonstrated output powers greater than 300 mW and has reported low relative intensity noise. The laser design ensures minimal free-carrier absorption, a lower voltage drop across the diode, and reduced mirror loss. In turn, this results in a longer cavity length, which yields higher power, lower linewidths, and a reduction in spatial hole burning.

On chip, the lasers sit in small wells or trenches etched into the lithium niobate and deliver up to 60 mW of optical power in the waveguides fabricated in the same platforms. The team combined the laser with a 50-GHz electro-optic modulator in lithium niobate to build a high-power transmitter.

“Integrating high-performance plug-and-play lasers would significantly reduce the cost, complexity, and power consumption of future communication systems,” said Amirhassan Shams-Ansari, a graduate student at SEAS and first author of the study. “It’s a building block that can be integrated into larger optical systems for a range of applications in sensing, lidar, and data telecommunications.”

By combining thin-film lithium niobate devices with high-power lasers using an industry-friendly process, the work represents a key step toward large-scale, low-cost, and high-performance transmitter arrays and optical networks. Next, the team aims to increase the laser’s power and scalability for even more applications.

ELENA effort working towards an enhanced performance for PICs, lidar, and quantum applications, reported in March 2022

Ten research partners across Europe have just begun a new €5 million project that is aiming to “reinvent” lithium niobate optics for a new generation of photonics applications.

Led by Amir Ghadimi at the Centre Suisse d’Electronique at de Microtechnique (CSEM), and featuring the likes of Soitec, VPIphotonics, and III-V Lab, among others, the “ELENA” effort runs until June 2025 and held a kick-off meeting February 10-11.

According to the consortium partners, the main aim is to develop the first European lithium niobate on insulator (LNOI) photonic integrated circuit (PIC) platform, with the technology set to become accessible via an open foundry service.

Already used widely in optical communications, largely in modulators and switches, lithium niobate is also regarded as highly promising for PICs – thanks to its high electro-optic coefficient, high intrinsic second-order nonlinearity, and a broad transparency window stretching across the visible and infrared spectrum.

The focus of ELENA will be to develop five advanced photonic building blocks that exploit those properties to enable novel functionalities in PICs, for example wavelength conversion and parametric gain, and to deliver faster and more efficient modulators.

These building blocks will become a part of comprehensive process design kit (PDK) library that will be accessible to entities outside of the consortium.

“The platform will be open to all interested stakeholders from the photonics industry and [for] research and development at an affordable price,” states the consortium.

“ELENA’s technologies will be applicable to a broad range of applications from telecom to lidar, quantum technologies, and space.”

Ultimately, the ambition is to establish a fully European supply chain to support the lithium niobate platform. That effort includes establishing a process to fabricate 150 mm-diameter optical grade LNOI wafers on an industrial scale.

Other key goals are to develop a reliable and flexible packaging solution to interface lithium niobate chips with optical fibers and other PIC platforms, and to demonstrate the technology and validate the results by developing four PIC prototypes designed by three “end-user” partners covering the fields of telecommunications, quantum technologies, and microwave photonics.

Growing adoption of optical fiber in various end-use applications such as telecom, CATV, premises, sensors, and others, are primarily driving the growth of the Lithium Niobate Modulator market over the forecast period.

Along with these, the copper wires in the communication sector are getting replaced by optical fibers owing to their abundant advantages that are associated with electrical transmission like high security, bandwidth, transmission of long-range signals, and resistance to electromagnetic interference.

Lithium Niobate is a fabricated element, which is made from niobium, lithium, and oxygen. It is primarily used in optical appliances, optical modulators, optical waveguides, piezoelectric sensors, and mobile phones. Lithium Niobate Modulators are considered to be one of the most important components used in modern telecommunications.

Advancements in the communication sector, such as the adoption of 5G technology, will require modulators that are more efficient, in order to avoid signal dropping and other issues. This product will be well suited for the upcoming technologies, owing to its properties such as high wavelength, better reach, and secured communication capabilities. These properties will provide ample opportunities for the manufacturers in the coming years and help in enhancing their current sales.

Aerospace and Defense are also considered to be major users for the Lithium Niobate Modulator, with the help of these modulators. They transfer data with high secrecy into the available high-frequency radio channel with the application of quantum key distribution.

According to the India Brand Equity Foundation, India is one of the largest telecommunications markets with a subscriber base of 1.20 billion and has registered strong growth in the last decade and a half. Its total telephone subscriber base and teledensity reached 1,177.02 million and 87.45 percent, respectively, as of January 2020. Moreover, the growing demand for the product from semiconductor and computer applications is again expected to foster the market growth of the lithium niobate. 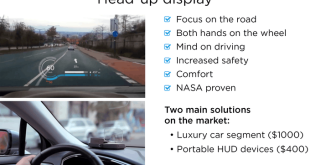 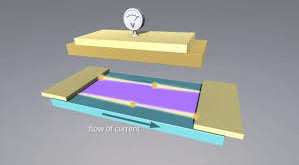 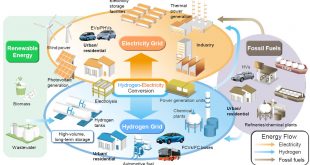