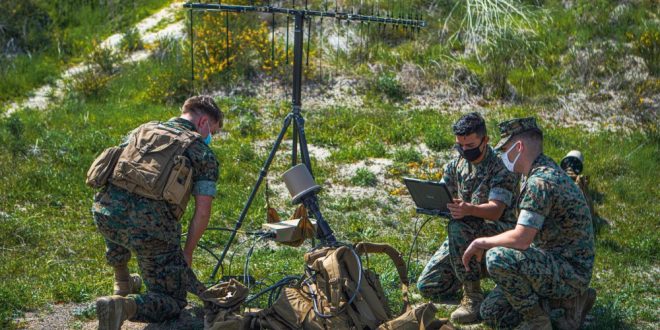 Collection and sharing of information, as well as command and control, are essential parts of all military operations. Communication networks over which to collect and share information as well as to command and control forces and weapons are a central part of all military operations. The Network enables the mission command warfighting function – allowing leaders to understand, visualize, describe, direct, lead and assess to accomplish Unified Land Operations.

Without a well-functioning network, the efficiency of most of today’s military operations will be severely degraded. On the other hand, the availability of an efficient and well-connected network is a crucial capability that (in conjunction with other capabilities) can give information superiority and the ability to make improved tactical decisions compared with the military adversary.

Establishing a flexible communication network that can adapt to the specific requirements for each operation is one of the key requirements to provide the necessary information flow in current and future military operations. Network heterogeneity can cover a wide range of differences. e.g., IP versus non-IP networks, commercial versus military networks, and ad hoc versus infrastructure-based networks.

US Army vision is for “A network that is secure, integrated, standards-based, which ensures uninterrupted global access and enables collaboration and decisive action throughout all operational phases across all environments.” Achieving this vision demands a fully coordinated and synchronized approach across the community.

As part of the basic networking, before information is transmitted, it is broken up into smaller digital data packets. The network then chooses the best path, or route, to send each data packet and, once packets reach their destination, the network reassembles them. The network performs two basic processes on the data packets-one process focuses on forwarding the packets to their destination and is referred to as the “data plane,” and the other focuses on routing the packets and is referred to as the “control plane.”

In the Army’s current, traditional network, these two process planes are located and implemented together at a local level by a tactical network node’s hardware and proprietary networking operating systems. On the other hand, in a software-defined networking design, these two process planes are separated. The forwarding functions (the data plane) remain with the local network device, but the routing control functions (the control plane) are extracted, turned into more dynamic software, and centralized at a network operations facility, or in a campus network environment, where they can be managed collectively by experienced signal Soldiers.

The remote routing controller knows all of the nodes that it can manage, and it can sense when there is congestion in the network or when there are dropped data packets, due to things like bad satellite connections or enemy jamming. Through metrics embedded in the software, this intelligent controller can sense the most efficient path available and tell the nodes in the network to route around the issues.

In the face of potential peer and near-peer threats, the Army needs dynamic and flexible network re-provisioning capabilities to reflect changes in mission and assigned units. In the past, signal Soldiers manually conducted the provisioning and re-provisioning process one device at a time, with physical cables connecting each node to the network, which took many weeks, depending on the equipment and size of the unit. More recently, new Army capabilities are enabling over-the-air provisioning and security patching, which could, for example, speed the time it takes to provision a brigade’s worth of on-the-move, network-equipped vehicles from two weeks to three days, without having to take the entire system offline in the process. The implementation of an Army software-defined networking design could speed that process even further, cutting the time down to hours.

The Army is also looking to leverage software-defined networking to increase security in the tactical network by enabling rapid response through centralized changes to security policy, patching and configurations in support of offensive and defensive cyber operations. This would enable the Army to defend itself against enemy cyber threats across the network and push security updates to units all over the world, simultaneously, from the remote centralized network operations center.

By 2040, the Army will have implemented a software-defined data center (SDDC) architecture, where all infrastructure components are virtualized and delivered as a service. Control of the data center is fully automated by software, meaning component configuration is maintained through intelligent software systems. The outcome will be a network that can adapt to mission needs, as well as to underlying changes in the operating environment.

Available and reliable tactical data and communications networks are critical in modern warfare – especially as adversaries seek to disrupt the flow of information across space, air, maritime, ground, and cyber nodes. Current military networks, however, are manually and statically configured, stove-piped, prone to error, and don’t scale easily. No capability exists to dynamically control interconnected networks (called networks of networks) to ensure warfighters can always send and receive data even in contested environments.

In the past, the Department of Defense (DoD) approach to building communications systems has modelled a vertically integrated stack. Currently, both DoD and commercial approaches deconstruct this stack and employ open, flexible solutions. Successful DARPA networking and information programs such as DyNAMO, SHARE, SoSITE STITCHES, and Network UP have addressed various challenges associated with deconstructing the stack and demonstrated key technologies that MINC will leverage.