The solar sail is another concept of propulsion. It is basically a big photon reflector surface. The power source for the solar sail is the Sun and it is external to the vehicle (Sutton, 2000). Solar sail propulsion uses sunlight to propel vehicles through space by reflecting solar photons from a large, mirror-like sail made of a lightweight, highly reflective material.

According to Johnson et al. (2011), solar sail propulsion utilizes the solar radiation pressure exerted by the momentum transfer of reflected light. Solar sails use a phenomenon that has a proven, measured effect on astrodynamics. Solar pressure affects all spacecraft, whether in interplanetary space or in orbit around a planet or small body. A typical spacecraft going to Mars, for example, will be displaced thousands of kilometers by solar pressure, so the effects must be accounted for in trajectory planning, which has been done since the time of the earliest interplanetary spacecraft of the 1960s. Solar pressure also affects the orientation of a spacecraft, a factor that must be included in spacecraft design.

The integrated effect of a large number of photons is required to generate an appreciable momentum transfer; therefore, a large sail area is required. Since acceleration is inversely proportional to mass for a given thrust force, the mass of the sailcraft must be kept to a minimum. High-energy laser beams could be used as an alternative light source to exert much greater force than would be possible using sunlight, a concept known as beam sailing.

The total force exerted on an 800 by 800 metre solar sail, for example, is about 5 newtons (1.1 lbf) at Earth’s distance from the Sun, making it a low-thrust propulsion system, similar to spacecraft propelled by electric engines, but as it uses no propellant, that force is exerted almost constantly and the collective effect over time is great enough to be considered a potential manner of propelling spacecraft.

Solar sail craft offer the possibility of low-cost operations combined with long operating lifetimes.  Since they have few moving parts and use no propellant, they can potentially be used numerous times for delivery of payloads. With few moving parts and the propellant offboard, solar sails provide cost-effective operations and long operating lifetimes.

An active attitude control system (ACS) is essential for a sail craft to achieve and maintain a desired orientation. The required sail orientation changes slowly (often less than 1 degree per day) in interplanetary space, but much more rapidly in a planetary orbit. The ACS must be capable of meeting these orientation requirements. Attitude control is achieved by a relative shift between the craft’s center of pressure and its center of mass. This can be achieved with control vanes, movement of individual sails, movement of a control mass, or altering reflectivity.

Holding a constant attitude requires that the ACS maintain a net torque of zero on the craft. The total force and torque on a sail, or set of sails, is not constant along a trajectory. The force changes with solar distance and sail angle, which changes the billow in the sail and deflects some elements of the supporting structure, resulting in changes in the sail force and torque.

Sail temperature also changes with solar distance and sail angle, which changes sail dimensions. The radiant heat from the sail changes the temperature of the supporting structure. Both factors affect total force and torque. To hold the desired attitude the ACS must compensate for all of these changes.

In Earth orbit, solar pressure and drag pressure are typically equal at an altitude of about 800 km, which means that a sail craft would have to operate above that altitude. Sailcraft must operate in orbits where their turn rates are compatible with the orbits, which is generally a concern only for spinning disk configurations.

Sail operating temperatures are a function of solar distance, sail angle, reflectivity, and front and back emissivities. A sail can be used only where its temperature is kept within its material limits. Generally, a sail can be used rather close to the Sun, around 0.25 AU, or even closer if carefully designed for those conditions.

Inner planets: For trips within the inner Solar System, they can deliver loads and then return to Earth for subsequent voyages, operating as an interplanetary shuttle. For Mars in particular, the craft could provide economical means of routinely supplying operations on the planet according to Jerome Wright, “The cost of launching the necessary conventional propellants from Earth are enormous for manned missions. Use of sailing ships could potentially save more than $10 billion in mission costs.

Satellites: Robert L. Forward has commented that a solar sail could be used to modify the orbit of a satellite about the Earth. In the limit, a sail could be used to “hover” a satellite above one pole of the Earth. Spacecraft fitted with solar sails could also be placed in close orbits such that they are stationary with respect to either the Sun or the Earth, a type of satellite named by Forward a “statite”. This is possible because the propulsion provided by the sail offsets the gravitational attraction of the Sun. Such an orbit could be useful for studying the properties of the Sun for long durations

Trajectory corrections: The MESSENGER probe orbiting Mercury used light pressure on its solar panels to perform fine trajectory corrections on the way to Mercury.  By changing the angle of the solar panels relative to the Sun, the amount of solar radiation pressure was varied to adjust the spacecraft trajectory more delicately than possible with thrusters. Minor errors are greatly amplified by gravity assist maneuvers, so using radiation pressure to make very small corrections saved large amounts of propellant.

The technology is proven, having been successfully demonstrated by Japan’s IKAROS mission’s fly-by of Venus in 2010.

The Extreme Solar Sailing proposal received NASA’s Innovative Advanced Concepts (NIAC) Phase 1 grant in 2020. While the Phase 1 study demonstrated the conceptual feasibility of extreme solar sailing and the materials it would require, the next phase will require the development of key elements and systems for mission success. The study has received a NIAC Phase 2 grant for the development, fabrication and testing of new, ultra-lightweight metamaterials for solar sails, as well as the design of spacecraft architecture that provides ultra-low mass with the greatest payload functionality, and the conduction of mission studies.

Proceeds from the Phase 2 grant will also explore the application of extreme solar sailing to two breakthrough mission concepts: the Fast Transit Interstellar Probe, which aims to send a probe to 500 AU in 10 years, and Corona-Net, a precursor mission, which aims to send a fleet of solar sails to examine the inner heliosphere at high inclination. Both mission concepts will also assess spacecraft communications and power requirements, and will explore the design of higher fidelity sail control systems to ensure precise navigation around the Sun and interstellar locations.

The Aerospace Corporation is researching new approaches to solar sail technology that could exponentially increase its already considerable potential, paving the way for a new era of breakthrough science missions. In collaboration with UCLA’s Mechanical and Aerospace Engineering Department and NASA’s Marshall Space Flight Center, Aerospace is now exploring the use of solar sails as a pathway to faster exploration of the outer solar system and interstellar space. The Extreme Solar Sailing concept offers to employ the Sun as a figurative launchpad, using a “slingshot” maneuver to propel lightweight cubesat-class spacecraft to extremely high velocities.

This technology has the potential to enable missions to distant worlds in far less time, opening up new possibilities for space exploration. “With chemical propulsion, you can attain velocities between two to five astronomical units (AU) per year, with one AU being the distance between the Earth and the Sun,” said Dr. Henry Helvajian, Senior Scientist at Aerospace’s Physical Sciences Laboratories. “The beauty of extreme solar sailing is that you can gain velocities that surpass pretty much any kind of propulsion that we know of today, by factors of two to 10 to 30 depending on how close you want to get to the sun.”

Using this maneuver, solar sails can reach 0.1% of the speed of light (i.e., approx. 300 km/s), reaching the furthest planets of our solar system could take only months, interstellar space could be reached in a few years, and 1000 AU could be attained in less than 20 years.
These capabilities come with some concessions, however. The immense velocity of solar sail-driven spacecraft requires greatly reduced mass, necessitating new spacecraft architectures and materials that can withstand the initial close proximity to the Sun. In addition, solar sails must be resilient and able to provide consistent thrust while also withstanding impacts from dust and debris in their path.

In addition to advancements in solar sail velocity, Aerospace is also working to expand other aspects of solar sail functionality such as the Atomic Planar Power for Lightweight Exploration (APPLE) concept, which also recently received a 2021 NIAC Phase 1 grant.

The APPLE concept is a new type of spacecraft power system that will open previously inaccessible parts of the solar system to human exploration and make a range of rapid transit missions possible. While solar sails have the unique advantage of accessing the virtually infinite propulsive power of the Sun’s light, research is currently underway to explore the feasibility of adding energy generation and storage to solar sail technology in a bid for added resilience and functionality.

While nuclear power has typically been used in traditional spacecraft, limitations on mass have precluded its use in solar sails. Aerospace’s APPLE concept allows for a radioisotope energy source to be combined with energy storage in the form of a flat “power tile” battery that can be attached to the solar sails themselves.

APPLE’s unique design combines a radioisotope source and energy storage capability in a single, scalable, flat “power tile” that can be attached to solar sails. This power tile is made of a sandwich of batteries covering a hot isotope layer. The heat is converted to energy and stored in the batteries.

“With APPLE, we’re integrating a few elements that are usually separated in spacecraft architecture. The radioisotope decay that powers spacecrafts in deep space creates heat, and that heat is converted into electricity in another material, which is then used by the spacecraft,” said Dr. Helvajian. “For APPLE, we’re integrating a type of lithium battery into the radioisotope itself. The reason we haven’t integrated batteries before is that when you place a traditional battery near a radioisotope decay source, the radioisotope emission destroys the battery. So, we’re exploring the development of a unique, isotopically-selected lithium to make a battery that’s radiation-resistant.“ 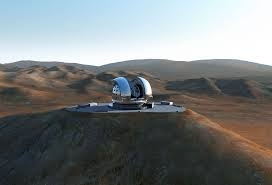