Recent studies of the Moon’s surface have shown that there is enough lunar ice underneath it to make extraction worthwhile. Moreover, lunar regolith contains metals and minerals in large amounts. The total value of the Moon’s extractable resources amounts to USD sixteen quadrillion, as estimated by Moon Express.

The water extracted from beneath the lunar surface can be processed into rocket fuel to feed expedition spacecraft flying to Mars and other planets in the Solar System. Interestingly, the price of this fuel will be 25 times lower than that delivered from the surface of the Earth (according to Jeff Bezos, the founder of Blue Origin). This difference in price is due to weak lunar gravity. Gravity force on the Moon is 6 times weaker than on Earth. This means that it will take much fewer rocket launches to deliver rocket fuel to outer space, which will determine the cost of fueling up in space.

The economic and strategic benefits have ensued a global space race among countries to build Moon bases, harness it’s mineral resources and helium-3, fuel for future nuclear fusion power plants. Space agencies in China, Japan, Europe, Russia, Iran , Canada and a few private companies all hope to send people to the moon by as early as 2025. They’re talking about building bases, mining for natural resources, and studying the moon in unprecedented detail. A key figure at the European Space Agency says we must look at how we exploit the moon’s resources before it is too late, as missions begin surface mapping.

The Moon has no atmosphere; it is surrounded by a vacuum. It has an extremely weak magnetic field that does not protect it against solar and cosmic radiation. The Moon’s surface is characterized by extreme drops in temperature. When the sunlight reaches the surface, it heats up to +130 °С; and when it is not illuminated by the Sun, the temperature drops to as low as –170 °С. These kinds of conditions create a lot of problems for building a long-term inhabited lunar base. The costs of creating a livable lunar base will be massive, and comparable with the size of the potential profits from the future sales of rocket fuel made from lunar ice.

Colonization of the Moon using autonomous robots will be far more effective. Historically, the role of robotics in space exploration has been significant due to the uninhabitable conditions of non-terrestrial planets in the solar system. According to AZO Robotics, a robot is defined as “a self-controlled device consisting of electronic, electrical or mechanical units that can function in place of a living agent.”

The cost of lunar access and bringing the mined ores back to earth shall need to be reduced drastically through advances in propulsion, avionics, mining robots, launchers and spacecraft design.

Key enabling capabilities for the exploration of the Moon are to be able to traverse over the surface between points of interest, gain access to sites of scientific importance, manipulate payloads and other hardware elements and to have the operational flexibility to perform these safely and efficiently.

In this regard robotics and mobility are important elements operating on the surface either in support to autonomous missions or to human activities, as well as for mobile systems intended to transport humans over the surface. Mobile systems also represent only a subset of robotics which also includes dedicated manipulation systems such as deployment and manipulation arms.

The Moon is close enough to the Earth (it is only three days away by spacecraft) meaning that it is possible to speak of regular cargo flights to the lunar surface. In addition, such a short distance allows monitoring robots there online and, if necessary, controlling the processes by radio from the Earth, allowing for minor delays in signal transmission.

Each of the applications mentioned, from small-scale rovers and robotics, up to human and cargo transportation systems implies specific technologies and concepts from locomotion systems, surface navigation systems, intelligent manipulation robotics, varying degrees of autonomy etc. Such systems are by nature complex in the interaction of many components and elements, as well as their direct interaction with the planetary environment, and in particular the surface terrain.

50 years ago, the first lunar rover was already exploring the Moon’s surface. Since that time, humanity has made significant progress in developing new electronic technologies and systems with AI components. A team of robots will be able to autonomously perform geological exploration, analyze samples, and ultimately start extracting minerals on the surface without any human intervention within 7-10 years.

It is possible that the delivery of several robots weighing 150-200 kg each to the surface of the Moon could be carried out by several companies in the coming years. The competition between them will create reasonable prices for this kind of service. As of now, the following companies have announced that they are planning to start delivering cargo shipments to the Moon’s surface: Blue Origin (Blue Moon project), Space X (Starship project), Roscosmos (Angara project), Yuzhnoye.

Once their robots land on the Moon, it will be the start of a race to find the places on the lunar surface that would be best suited for mineral extraction. The subpolar regions will be explored first. The highest concentration of water molecules has been found at the bottom of subpolar craters untouched by sunlight. In addition, these regions have “eternal light” areas, where the Sun illuminates the surface at virtually all times. The energy of sunlight converted into electric current is a powerful source of free energy for future rocket fuel liquefaction and smelting plants.

The lunar race has already begun: currently, the competing parties are rocket-building companies, but in several years, we will see a sharp increase in the number of lunar robot developers. The robots and AI systems developed by them, as well as the reliability of such systems, will determine just how successful lunar mineral extraction companies will be. Projects are already being developed with the goal to claim as much territory as possible; the lunar Grasshopper by Moon Express is just one example.

NASA is funding a new project that uses swarms of autonomous robots to mine for rare-Earth elements and other lunar material on the moon. Led by researchers at the University of Arizona, the team are developing a neuromorphic learning architecture technique, called the Human and Explainable Autonomous Robotic System, or HEART.

As the name suggests, neuromorphic computing uses a model that’s inspired by the workings of the brain, and is a practise that uses significantly less energy than a conventional computer chip. Most hardware today is based on the von Neumann architecture, which separates out memory and computing.

But because chips of this type have to shuttle information back and forth between the memory and CPU, they waste time, so to compensate, more chips are added to the circuit to make them faster.

Neuromorphic computing on the other hand models the way the brain works through “spiking” neural networks that can convey information in both the same temporal and spatial way as the brain can and so produces more than one of two outputs.

The HEART system not only will train robots to work together on mining, excavation and even building tasks, but it will also allow the robots to improve their collaboration skills over time.

“It’s really exciting to be at the forefront of a new field,” said Moe Momayez, interim head of the Department of Mining and Geological Engineering at Arizona.

Momayez’s colleague, Jekan Thanga, an associate professor of aerospace and mechanical engineering, is the lead on HEART and he is adapting the neuromorphic learning architecture technique to fit on a new generation of miniature sensors that will one day drive the autonomous robots.

To test the design, the team have created low-cost, rapidly designed, 3D-printed rover prototypes that when perfected, could assist astronauts on the moon with laborious mining tasks.

“The idea is to have the robots build, set things up and do all the dirty, boring, dangerous stuff, so the astronauts can do the more interesting stuff,” Thanga said.

The team plan to build and train the robots here on Earth, so they can practice before heading to the Moon. Ultimately, the researchers envision a fully autonomous swarm of robots that doesn’t need to receive instructions from Earth to mine materials and construct simple structures.

“By going through this process, we help perfect these artificial creatures whose job it is to do the mining tasks,” Thanga said.

While Thanga concentrates on the autonomy side, excavation of materials is being handled by Momayez.

Instead of the robot drilling through the rock to extract ore, Momayez has developed an electrochemical process to drill through rock five times faster than any other method.

As efficient as it is, lunar mining still presents a challenge.

“Here on Earth, we have an unlimited amount of energy to throw at breaking rocks,” Momayez said. “On the moon, you have to be a lot more conservative. For example, to break rocks, we use a lot of water, and that’s something we won’t have on the moon. So, we need new processes, new techniques. The most efficient way to break rocks on Earth is through blasting, and nobody has ever set off a blast on the moon.” 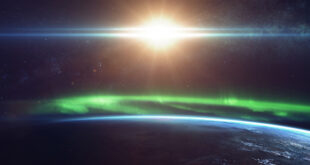 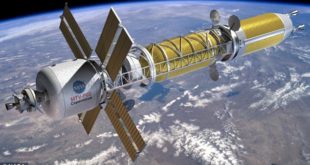 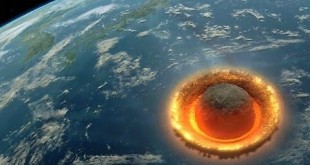