Autonomous ships refer to the ships that are remote built ships where operations are performed by remote control mechanism. These operations are operated by the humans located at the shore. Autonomous requires high quality systems and reliable communication system which work with the assistance of connectivity, control algorism and sensor technology. RADAR technology is used by the control system used for autonomous ships.

Interest in autonomous and remotely-controlled ships is growing fast. Growing seaborne trade across the globe coupled with increasing maritime tourism is anticipated to drive growth. Moreover, the lack of sailors is anticipated to drive the adoption of automated systems. Remote and autonomous shipping is increasingly being explored by the maritime industry. It is expected to provide both direct cost-reducing benefits and other indirect benefits.

Worldwide, there are now more than 1,000 maritime autonomous surface ships (MASS) operated by more than 53 organizations. These vessels work alongside manned vessels with minimal autonomous-specific regulation.

Autonomous ships offer several direct and indirect benefits. Direct benefits can be listed at the level of vessel that include more efficient use of crew and their skills, more efficient use of ship space, and increased fuel efficiency. Shipping companies would witness a positive effect in terms of revenue with autonomous applications as a result of reduction in cost of employing sailors along with the increased cargo space on the vessel. Moreover, remote and autonomous shipping allows improved optimization of operations and processes. For example, optimizing processes or operations based on realtime data enables economies of scale at fleet and company level as well as reducing the likelihood of human errors, contributing both to safety and service quality.

Indirect benefits occur at company and network levels in the shipping sector. Remote and autonomous shipping allows improved optimization of operations and processes. For example, optimizing processes or operations based on real-time data enables economies of scale at fleet and company level as well as reducing the likelihood of human errors, contributing both to safety and service quality. In terms of the shipping sector, autonomous shipping will recast the roles
and reorganize the division of work.

A transition to remote-controlled and autonomous vessels will also have an impact on shipping, its resources and management. This transition will affect not only the technology-related operations, but will lead to changes in the way the shipping business operates, according to Rolls Royce.  New kinds of capabilities will be required and some actors may find their roles changed. Global companies’ logistics chains are likely to become more integrated and adaptable using the whole fleet in an optimum way.

Ongoing digitalization and autonomous technologies will create new services already along the way towards autonomous shipping. Some of these services will support existing market players and some will allow new players to enter the market. For example, in the automotive sector the self-driving car has been seen as an opportunity not only by traditional car manufacturers, but also by entrants from other technology sectors.

Remote and autonomous ships have potential to reduce human-based errors, but at the same time may modify some existing risks as well as create new types of risk. Cybersecurity will be critical to the safe and successful operation of remote and autonomous vessels.

The operation of remote and autonomous ships will need to be at least as safe as existing vessels if they are to secure regulatory approval, the support of ship owners, operators, seafarers and wider public acceptance. A vessel’s voyage is covered by a range of national, international and private legal frameworks. To further complicate matters, maritime law does not anticipate the development of remote or autonomous ships

Amid the COVID-19 crisis, the global market for Autonomous Ships estimated at US$7 Billion in the year 2022, is projected to reach a revised size of US$10.1 Billion by 2026, growing at a CAGR of 8.9% over the analysis period.

Commercial,  segment is projected to grow at a 9.4% CAGR to reach US$7.1 Billion by the end of the analysis period. The Defense segment currently accounts for a 37.5% share of the global Autonomous Ships market. The U.S. Market is Estimated at $1.4 Billion in 2022, While China is Forecast to Reach $1.6 Billion by 2026

As most of the global commercial cargo is transported through the sea, issues related to navigational safety, risk management at sea, and protection of human resources have high importance for shipping companies. Advanced digital solutions, such as autonomous ships can help address these issues efficiently. The commercial fleet is classified into bulk carrier, container, tanker, passenger, specialized vehicle, and offshore vehicle. Unlike naval vessels, commercial shipping has been relatively slow to tap the potential of full automation. Increasing the level of shipboard automation and systems integration can lead to significant operational savings for commercial ships. Thus, this segment offers significant potential for the autonomous ships market.

The increasing use of automation to reduce human errors and risks, increased budgets of shipping companies for the incorporation of ICT in vessels and increasing demand for situational awareness in vessels are some of the major factors driving the market during the forecast period.

The demand for new ships and the retrofitting of existing ships with advanced technologies is expected to grow with the increase in trade activities. New defense and commercial vessels are equipped with advanced systems for improved safety and efficiency. The implementation of advanced systems acts as an important driver for the autonomous ships market.

The rise in the investment in the autonomous projects acts as one of the major factors driving the growth of autonomous ships market. The increase in the development of next-generation autonomous vessels and the rise in the adoption of these systems in the vessels for the purpose of operating automate several processes such as navigation and propulsion of the vessel with the use of components and systems including sensors and automated navigation systems and propulsion control systems accelerate the market growth.

The rise in the development of software, use of automated systems to reduce human errors and risks and the increase in demand for situational awareness in vessels, further influence the market. Additionally, surge in budgets of shipping companies for the incorporation of ICT in vessels, urbanization and digitization and development of next-generation of autonomous vessels positively affect the autonomous ships market.

Furthermore, advancement in sensor technologies for improved navigation systems in autonomous ships and innovations in propulsion systems for autonomous ships extend profitable opportunities to the market players in the forecast period of 2021 to 2028.

On the other hand, Cost-intensive customization of marine automation systems and lack of common standards for data generated from different subsystems in a ship are expected to obstruct the market growth. Concerns regarding vulnerability associated with cyber threats and lack of skilled personnel to handle and operate marine automation systems are projected to challenge the autonomous ships market in the forecast period of 2021-2028.

On the basis of ship type, the autonomous ships market is segmented into commercial and defense.

Based on ship type, the autonomous ships market is segmented into commercial and defense. The commercial segment is expected to grow at the higher CAGR, owing to the rising seaborne trade and tourism across the globe.

Naval ships play a vital role in tactical data link operations, a part of the ship communication management systems. Tactical communication systems are used by naval forces to improve decision-making and for high reaction speed. These systems also provide access to widely dispersed naval troops and weapons. The tactical data link systems enable naval forces to operate in a synchronized manner, which is not possible through the traditional means. They allow naval forces to exchange sensor data on battlefields. These systems utilize sensor grids, engagement grids, high-quality information grids, and Command and Control (C2) processes to create a common operating picture of the battlefield, thereby allowing troops to respond quickly to enemy threats.

Based on end use, the autonomous ships market is segmented into linefit and retrofit. The linefit segment is estimated to account for a larger share in 2020 as compared to the retrofit segment. The growth of the line fit segment can be attributed to the increased investments in naval defense by various countries and rise in seaborne trade activities across the globe.

The Autonomous Ships market in the U.S. is estimated at US$1.4 Billion in the year 2022. The country currently accounts for a 20.09% share in the global market. China, the world`s second largest economy, is forecast to reach an estimated market size of US$1.6 Billion in the year 2026 trailing a CAGR of 10.3% through the analysis period. Among the other noteworthy geographic markets are Japan and Canada, each forecast to grow at 6.8% and 8.1% respectively over the analysis period. Within Europe, Germany is forecast to grow at approximately 9.4% CAGR while Rest of European market (as defined in the study) will reach US$842.2 Million by the end of the analysis period. 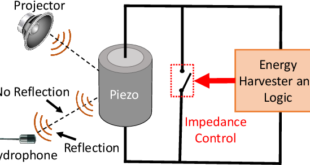 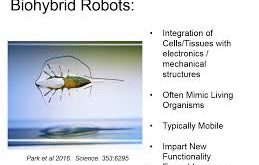 Biohybrid robots are next revolution that incorporate living organisms into robots to optimize their performances. 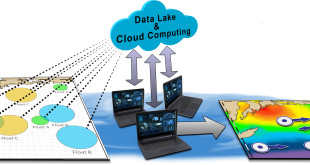 The Internet of Things (IoT) is a system of interrelated computing devices, mechanical and digital …